Imagine a retail concept right in your living room, allowing you to shop for your go-to products without ever leaving the house.

Wal-Mart Stores Inc., in its never-ending battle to trump Amazon, has filed a patent to bring retail stores directly to consumers’ doorsteps. 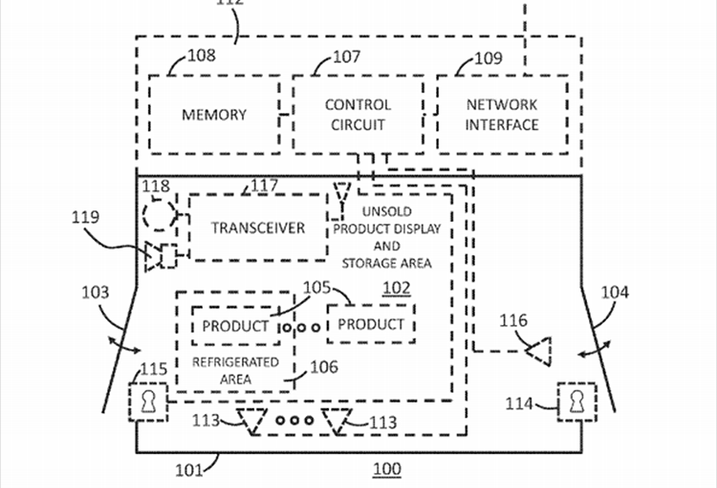 The concept is similar to Amazon's cashier-less store Amazon Go or China's unmanned stores, Bingobox. Here's how it would work:

Wal-Mart would set up an unattended retail storefront within a customer’s home, where consumers could shop for goods via a retail access portal installed in their walls, CB Insights reports.

The store would include a storage area for both refrigerated and nonperishable items, and features an "unsold product display" so shoppers know what products are still available and what must be restocked. Sensors would detect when an item has been removed from a display or storage area and would charge consumers accordingly.

No one would physically be present to operate the store, but it would be restocked by either a delivery service or potentially even a drone.

If taken mainstream, this system could help eradicate issues with last-mile deliveries. In addition, it also offers consumers the gratification of traditional brick-and-mortar shopping by allowing them to touch and feel products while still getting the convenience of shopping from home.

The patent also suggests these stores will become smarter to anticipate consumers needs. The in-home stores would eventually use artificial intelligence to learn and predict which items a consumer will purchase, meaning weekly groceries could be replenished without ever having to lift a finger.