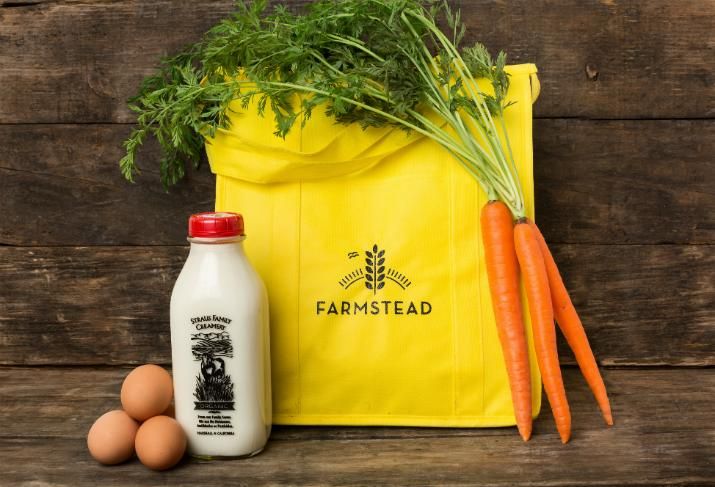 A Bay Area startup is taking on one of the biggest barriers to e-commerce's takeover of grocery shopping.

The startup, called Farmstead, delivers groceries to its online subscribers by sourcing produce from farms and storing them in its own "micro-warehouse," rather than picking from store aisles like Amazon Prime Now does with Whole Foods, or more established apps like Instacart do with participating grocers.

The biggest challenge facing grocery delivery is the perishable nature of produce, necessitating close proximity and agile transportation. Stocking too many of one item results in potentially massive spoilage, an issue that has long plagued traditional grocery stores. Founder and CEO Pradeep Elankumaran claims that Farmstead can use artificial intelligence to predict what produce customers want "better than any other supermarket ever can," as he told Street Fight.

The tedious nature of picking groceries from a retail store for delivery, combined with the delivery fees that such a service necessitates, eliminates the convenience advantage that e-commerce has established over soft goods retail. Farmstead's micro-warehouse is only 3K SF but can serve "thousands of customers," a spokesperson for Farmstead told Bisnow.

Farmstead's AI allows it to make more specific orders from its produce suppliers, which Elankumaran claims drives prices down, in some cases even cheaper than what customers pay when walking into the average grocery store. Farmstead users who invite their neighbors can get even bigger discounts by sharing a delivery route, further cutting into the time and expense attached to grocery delivery.

A recent survey by Bain & Co. and Google found that while 25% of respondents tried grocery delivery at least once in the past year, a large majority did not stick with it. That same study predicted that if delivery were made more convenient, the increase in retention rate could cause the number of delivery users to triple within a few years.

Farmstead currently serves only the Bay Area with its one micro-warehouse, but plans to open in multiple other cities before the year is out. No set schedule or specific city has been decided, according to a spokesperson, but a second Bay Area warehouse is in the company's tentative plans.