The U.S. restaurant industry is the nation's second-largest private sector employer, with a workforce of 14.7 million people. The National Restaurant Association is forecasting industry sales reaching $799B in 2017. But it is a hard industry in which to succeed: 60% of new restaurants close or change ownership within their first year of opening and 80% shut their doors within five years.

There are myriad reasons for this, from bad locations and poor business fundamentals to lax management and ownership. But the most successful restaurateurs seem to put as much care and thought into the design of their spaces as they do the food concepts and menus. 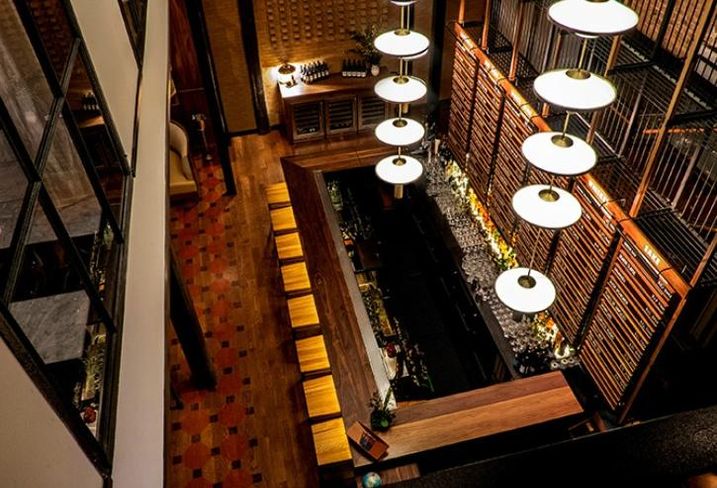 Momotaro, a three-story restaurant in Chicago's Randolph Street restaurant district, has earned equal praise for chef Mark Hellyar's menu and the design of architecture and design firm AvroKO since it opened in 2014. This weekend, AvroKO's work on Momotaro is one of three finalists for Outstanding Restaurant Design (76 seats and over) at the 2017 James Beard Awards in Chicago on May 1. AvroKO, widely regarded as one of the most ambitious hospitality design firms in the world, is also a finalist for Outstanding Restaurant Design for a restaurant under 75 seats for the restaurant and inn at SingleThread Farm in Healdsburg, California. 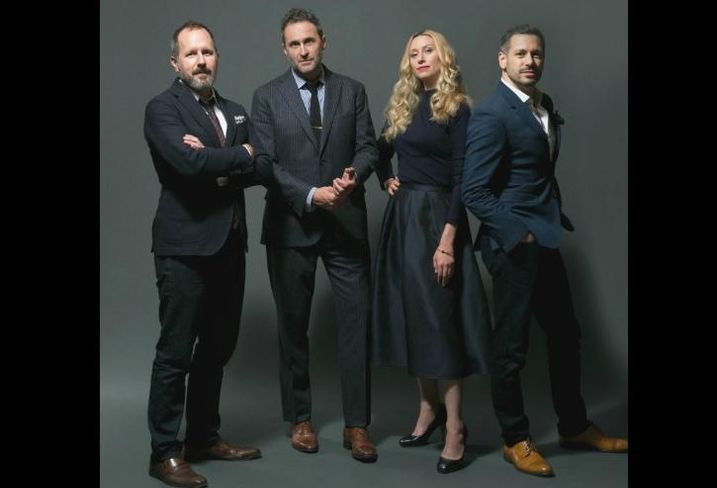 AvroKO principal Greg Bradshaw said his firm's success stems from having the unique experience of having been its own client on projects such as Ghost Donkey, PUBLIC/The Daily and GENUINE in NYC.

AvroKO is able to work with its clients on the aspects of a restaurant's design that will have a lasting impact and then make intelligent choices on where to save a few dollars.

For example, the walls of Momotaro’s restroom corridor were simply painted and then covered floor to ceiling with almost a million blue ballpoint pen marks done by local art students.

"An art installation like this can really resonate with a guest without being an expensive solution," Bradshaw said.

Momotaro was AvroKO's first design project in Chicago and principal Adam Farmerie said it came together at the perfect time. 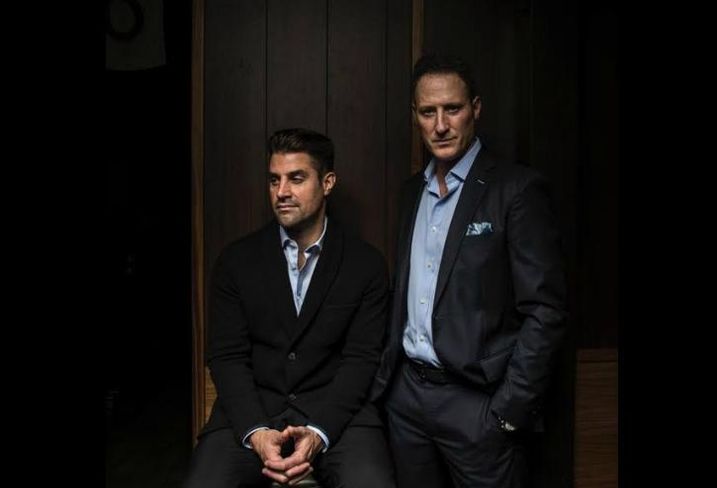 Boka Restaurant Group and AvroKO had been talking for years about working on a project. Boka Group co-founder Kevin Boehm said he and his partner, Rob Katz, first met AvroKO in 2009 to discuss designing Girl and the Goat, the popular restaurant from "Top Chef" Season 4 winner Stephanie Izard.

"They were certainly our design crush," Boehm said. "Unfortunately, we didn't have the budget to work together."

Since Momotaro, Boka and AvroKO have teamed up for the build-outs of Izard's Duck Duck Goat and Swift & Sons, a steakhouse inside 1K Fulton, the building best-known as Google's Chicago HQ.

Boehm said Boka Group restaurants do not have a specific feel and the firm fights against having the 13 restaurants in its portfolio feeling similar. One way to do that is by using different designers. But Boehm does have a few quirks in what he looks for in a raw space. He tends to favor big squares, tall ceilings and spaces that have never been restaurants before. 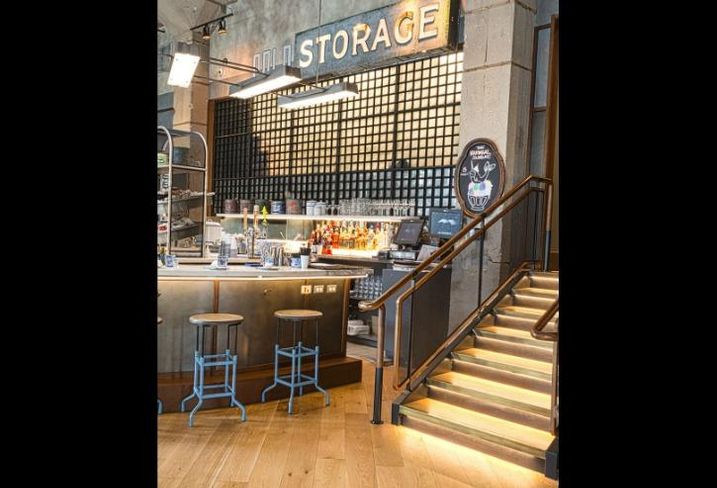 Boehm said design concepts for Boka Group restaurants are not discussed until a lease is signed. In the case of 1K Fulton, a concept can arise from the space itself. Boehm said the architecture of the Swift & Sons space was so large that Boka decided to open Cold Storage inside Swift & Sons, which Boehm calls "a restaurant within a restaurant."

While Boka Group restaurants have earned a reputation for forward-thinking design, Boehm and Katz have also assembled a Murderers Row of chefs. In addition to Izard and Hellyar, Boka's roster of chefs include Giuseppe Tentori, Chris Pandel, Lee Wolen and Jimmy Papadapoulos. To ensure the chefs have the best kitchens in which to cook, Boehm said Boka uses separate kitchen designers to make sure its restaurants have the necessary backbones to operate. Once a space is in place, time is spent determining the positioning and size of the kitchen spaces.

"Most of the time, it's still not perfect for the chefs," Boehm said. 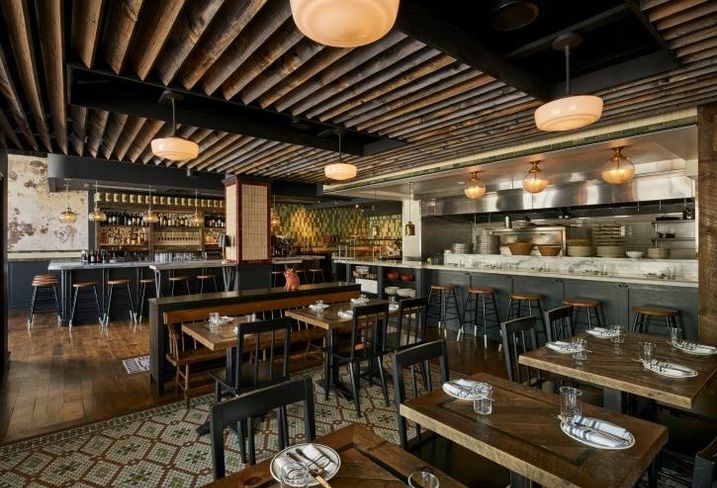 Some hospitality design firms even want to be part of the site selection process. Streetsense design director Brian Miller, whose firm has designed DC standouts like All Purpose, The Dabney, Tail Up Goat and Whaley's, said his firm likes to be involved before a restaurant chooses a space, because the right space is half of the design process. Streetsense will go on walk-throughs with restaurateurs when a lease is signed to check the condition of utilities, storefronts, where deliveries will be received and where garbage will be sitting. Miller said focusing on these things may not have an aesthetic impact, but will affect the operational impact of a restaurant.

"If a restaurant owner has to spend money upgrading utilities, that's less money that will be available for design," Miller said.

Cushman & Wakefield director of retail services Brent Wayburn said the restaurateurs he works with are not as focused on the core fundamentals of what traditional retailers believe makes the best real estate. They focus more on the existing infrastructure of a space and the type of neighborhood they want to open a restaurant in. For chef-driven concepts, a good restaurant space is based on how much infrastructure is in place, how low the rent is and how much allowance they can get from a landlord.