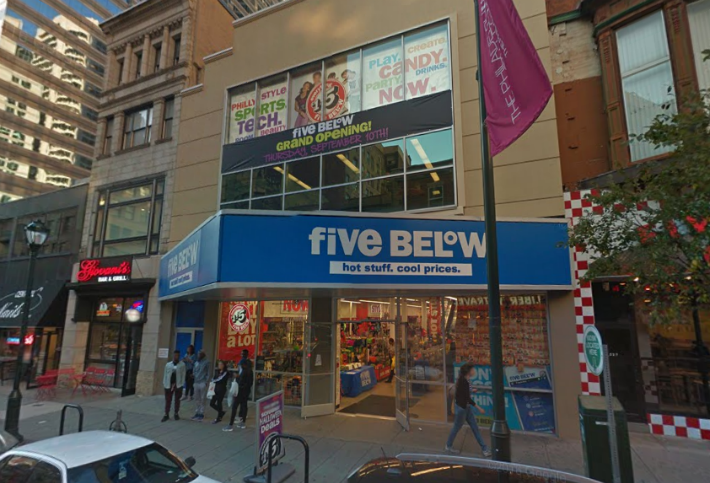 Five Below is going full speed ahead with its expansion plans, despite lackluster sales over the holidays.

The Philadelphia-based retailer, which sells a variety of toys, makeup and novelty items for $5 or less, suffered a 2.6% year-over-year decline for the period between Nov. 3 and Jan. 4 in same-store sales, CoStar reports.

Nevertheless, CEO Joel Anderson said this week that Five Below plans to open 180 new stores this year. Locations for the new outlets were not disclosed.

Anderson cited a truncated holiday season as a primary reason for the disappointing numbers, CoStar reports. Five Below's overall net sales, which factor in the 150 stores that opened last year, increased by 13.4% year-over-year during the same November through January time period.

Even with the increase, Anderson believes that Five Below's fourth-quarter net sales could wind up falling as much as $50M short of projections set by data analytics firm FactSet, CoStar reports. FactSet also projected a 2.8% same-store sales increase for Q4, rather than the 2% to 2.5% decrease Anderson now expects.

Though Five Below's price niche has been among the safer areas of retail in recent years, many brands that were depending on strong holiday seasons to stave off closures or insolvency also ended the year in disappointment. While holiday sales rose overall year-over-year, the lion's share of growth was reserved for e-commerce rather than in-store sales. National retailers have already announced over 1,700 planned store closures this year.

Despite the setbacks, Anderson predicted that Five Below's Q4 profit margin would fall in line with expectations due to "strong inventory management and disciplined cost control," CoStar reports.

Many of the 180 stores to open this year will incorporate newer concepts that could give cause for renewed optimism.

One will be Localhosts, 3K SF outposts for esports events and tournaments that will also offer competitive-level gaming setups with concessions for customers to play. Localhosts are the result of a partnership with esports company Nerd Street Gamers, also based in Philadelphia, where the concept was piloted last year.

A majority of this year's new stores will include areas set aside for Ten Below, which stocks items costing $10 or less. The concept was borne out of necessity last year when tariffs imposed by President Donald Trump on imports from China made sourcing goods too expensive to be sold for $5, CoStar reports.