Can Coronavirus Travel Through Building Pipes?

Two recent cases of coronavirus infection suggest that, under certain circumstances, the virus can travel within a building without direct person-to-person contact, probably through a structure's sewage system. 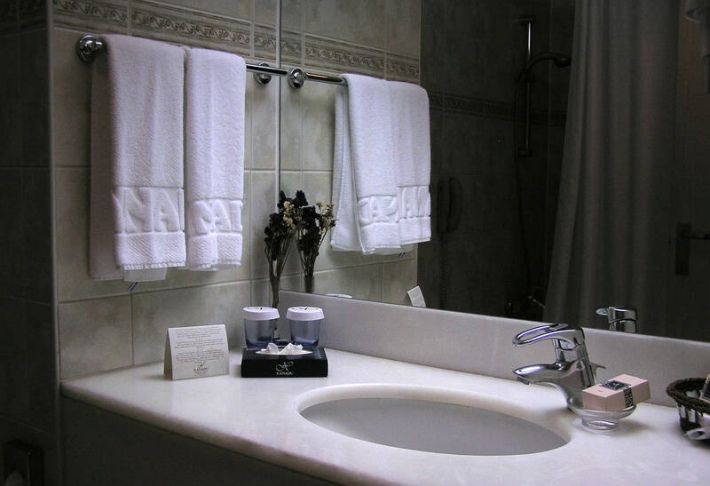 Two people whose only known association was living on different floors of the same apartment complex, Hong Mei House in Hong Kong, both contracted the disease. One of the apartments apparently had a modified or broken vent pipe that might have allowed transmission of the virus, CNN reports.

Coronavirus transmission via plumbing hasn't been confirmed, though a vent pipe in one infected household appeared unsealed, The New York Times reports.

At Hong Mei House, an improperly sealed pipe could have carried infected feces into the building's ventilation system, and then blown it into other bathrooms, said microbiologist Yuen Kwok-yung, who is an infectious diseases expert at the University of Hong Kong, during a press conference as reported by CNN.

The possibility of the disease spreading through building pipes isn't a far-fetched scenario. In 2003, that method of transmission was found to be one of the ways SARS spread. At one Hong Kong housing estate during the SARS outbreak, defective plumbing at one apartment complex led to an estimated 300 inflections and 42 deaths.

Transmission of the coronavirus isn't fully understood. The main pathway seems to be person-to-person contacts within about 6 feet, the Centers for Disease Control and Prevention reports, mainly via respiratory droplets produced by the coughs or sneezes of an infected person, much as flu or the common cold spread.

It is not clear, the CDC stresses, whether anyone can contract the disease by touching a surface or object that has the virus on it, and then touching his or her own mouth or nose, as is the case with other infectious agents. Such a transmission path would presumably make it easier to catch the disease indirectly from an infected person, such as one on another floor.

The Wuhan coronavirus, recently named COVID-19 by the World Health Organization (short for coronavirus disease 2019), has so far killed more than 1,100 people out of more than 44,000 confirmed cases, with nearly 400 of those cases outside of China.

Efforts to control the COVID-19 outbreak have had an impact on the Chinese economy, and has the potential to disrupt businesses in other parts of the world, including logistics, manufacturing, the hotel industry and tourism.