‘Unprecedented’ Hiring Could Make The Amazon HQ2 Shortlist Much Shorter

Amazon’s HQ2 bidding process has advanced to a shortlist of 20 locations.

That narrowing field has some questioning how feasible creating a 50,000-person office from scratch will be for smaller contenders not known for their tech base. 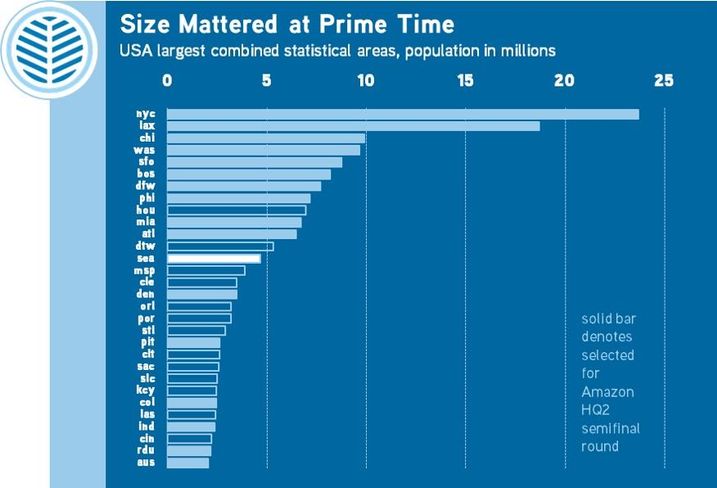 Courtesy of Perry Brokerage Associates
Perry Brokerage research noted the larger the city, the better the odds of advancing in the race for Amazon HQ2.

“When this first came out, our reaction was: ‘Holy cow. That’s big, and it’s quick. Can they do it?’” Everest Group Managing Partner Eric Simonson said.

Amazon's aggressive HQ2 building plans, coupled with its desire to hire 50,000 employees, would be a difficult task for any city to fulfill, Simonson said — but particularly those smaller markets like Columbus, Ohio; Raleigh, North Carolina; Nashville, Tennessee; and Indianapolis. An Everest Group report on HQ2 bidders said Amazon is going to struggle with filling seats if it considers regions with populations of less than 4 million people.

“Scaling technology workers is very hard and, outside a few places in Asia, getting the facilities that have even five-, 10- or even 15,000 people is quite unusual,” Simonson said.

Even building a ground-up second headquarters half the size of HQ2’s specifications would be unprecedented, per Everest's report.

Everest came up with its own shortlist of six cities and a wild card for being the best HQ2 incubators: Boston, Chicago, Dallas, New York, Washington, D.C., and the wild card of Toronto.

“Talent is going to drive this,” Simonson said. 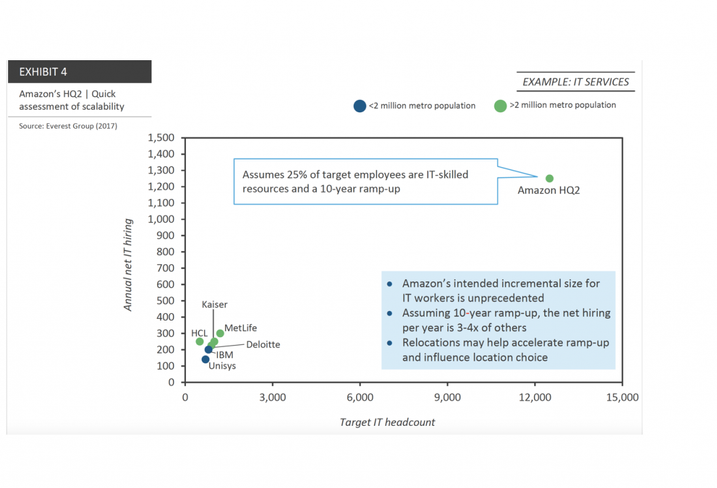 Courtesy of Everest Group
Amazon HQ2's IT hiring and targeted headcount in relation to other companies.

If 25% of the HQ2 talent, roughly 12,500 employees, is reserved for its IT department, the hiring scalability would be unprecedented, according to Simonson. The recruiting pace would be three to four times the rate of tech hiring at companies like IBM and Deloitte.

Boston-based Perry Brokerage Associates Director of Intelligence Brendan Carroll has a theory that any city smaller than Seattle is out of the running. Amazon employs 40,000 people in that city.

“Part of this exercise may have to do with a 50,000-person presence overwhelming a region’s resources,” Carroll said. “Seattle is completely tapped out.”

Austin is viewed as a front-runner due to its growing status as a tech hub, thanks to corporate citizens like Dell, Samsung, Apple and an existing Amazon corporate office. Texas also tops the lists of U.S. states providing corporate incentives, but while it may be a friendly place to do business, it could be a difficult spot to hire at the HQ2 level of needed talent. 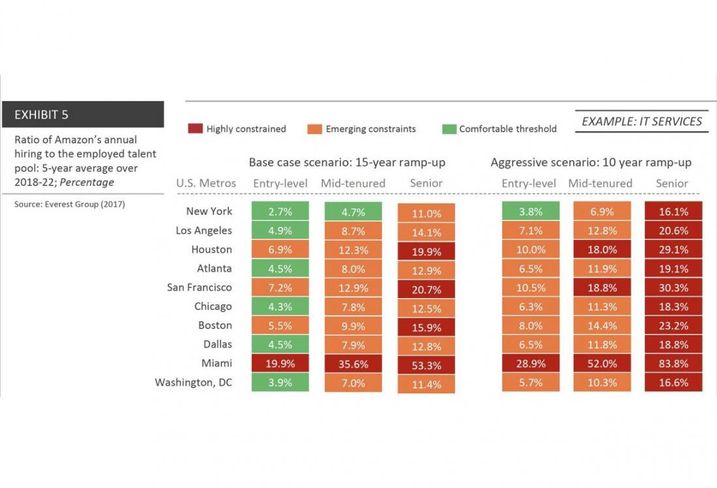 Courtesy of Everest Group
Even New York would face hiring constraints if Amazon sticks to the RFP scale and size of HQ2.

“If you look at Dell, that’s 12,000 employees, and that’s the hometown company that has had years to grow,” Simonson said.

Simonson said the likelihood of a smaller city winning depends entirely on if Amazon can be taken at its word.

“The thing we’re most interested in is seeing if they commit to the original scale,” he said.

Even Everest’s list of likely contenders would struggle with HQ2 hiring given the company’s aggressive build-out timeline.

The report says the sustained rate of scaling would be completely unrealistic for any other company, but it does not entirely hedge against Amazon. It does see hiring constraints in all cities, even New York. This means even the biggest cities are going to have to rely on relocated employees to meet Amazon's 50,000-employee goal within a 10- to 15-year period.

“You have to either locate your facility where the talent is or be ready to relocate people,” said Jerry Funaro, a vice president at Chicago-based corporate relocation company TRC Global Mobility Inc. “If it’s the latter, you have to make it appealing.” 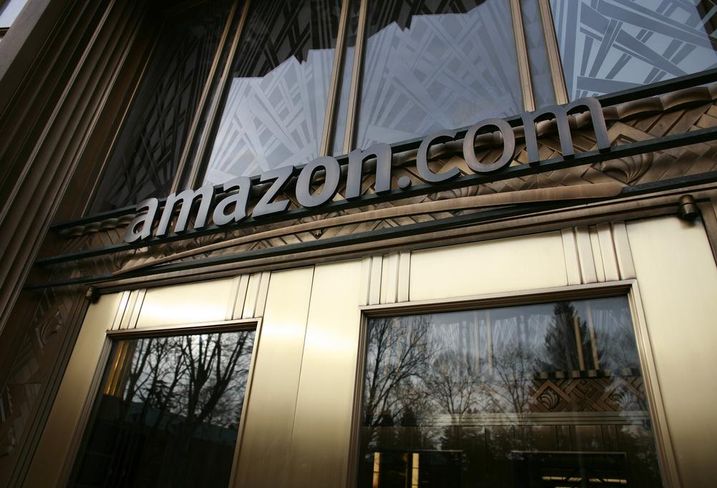 Smaller, But Not Out Of The Equation

Noting that it is not scientific, Funaro said it also comes down to a city’s “X Factor” and where executives want to live. But it is not all doom and gloom for the smaller regions on the shortlist.

“Places like Austin were not always tech hubs,” Funaro said. “At one point, there was no tech in Austin, and it basically grew from nothing, so it can be done.”

Talent is one factor, but there are several categories mentioned in Amazon’s RFP, including quality of life.

The northeast may have the greatest supply of tech talent, but its cities are significantly more expensive to live in than a shortlist rival like Raleigh, North Carolina. While the Everest report does not view Denver as a front-runner like other reports due to its smaller tech base and limited time zone overlap with European and Asian business hours, it still recognizes its fit for the perceived Amazon lifestyle.

The smaller contenders on the list also come with more open land, which was mentioned in the RFP as a factor. HQ2 will require approximately 100 acres, which many of the bigger cities do not have readily available. Smaller cities have more open land to offer, which Urban-Brookings Tax Policy Center research associate Megan Randall said could be a benefit in tailoring to Amazon.

“I don’t want to discount the potential of some of these smaller cities because, truth be told, none of them are that small,” she said. “There’s good city management and an ability to invest in talented workforce incubators."