The opportunity zone program has created tremendous buzz throughout the real estate industry over the last year, but many investors have been waiting on the sidelines until there is a complete set of federal regulations before deploying money into underserved areas.

The Internal Revenue Service sought feedback in creating the regulations at a five-hour hearing Thursday, during which over two dozen stakeholders highlighted concerns they have with the rules of the program and suggestions for how they can be improved. More than 200 people attended the hearing at the IRS headquarters in D.C., and agency officials had to turn away some who were not testifying after the hearing room reached capacity. 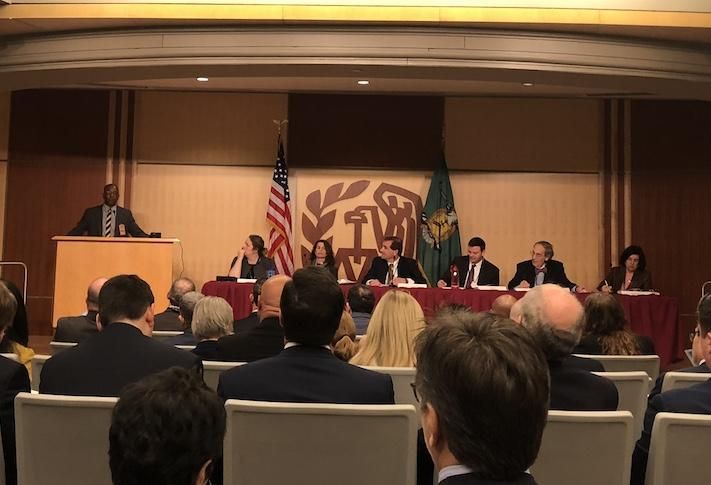 The interest in the opportunity zone program from the investment community has only continued to grow, said Steve Glickman, who helped design the program while leading the Economic Innovation Group. Last year, he launched his own opportunity zone consulting firm. But Glickman told the IRS regulators that the lack of clarity around the rules is preventing investment from happening.

"Without more regulatory clarity the marketplace is somewhat frozen," Glickman said. "I have talked to wealth managers around the country that control trillions of dollars of capital, much of which is interested in this program, but they have essentially not been willing to put it into the market yet because they're confused about the rules."

Thursday's hearing focused on the first set of proposed opportunity zone regulations the IRS and Treasury Department released in October. It was originally scheduled for Jan. 10 but was delayed over a month because of the government shutdown. The administration plans to release a second set of regulations in the coming months and hold another public hearing before finalizing the rules for the program.

Created by the 2017 Tax Cuts and Jobs Act, the program offers tax advantages to investors who place capital gains into funds that invest in opportunity zones, a host of underserved areas local officials designated last year.

The investors, attorneys, accountants, advocates, local officials and other experts who testified at the hearing hope the IRS will heed their feedback in its formation of the final regulations. A handful of distinct themes emerged from the five hours of testimony. 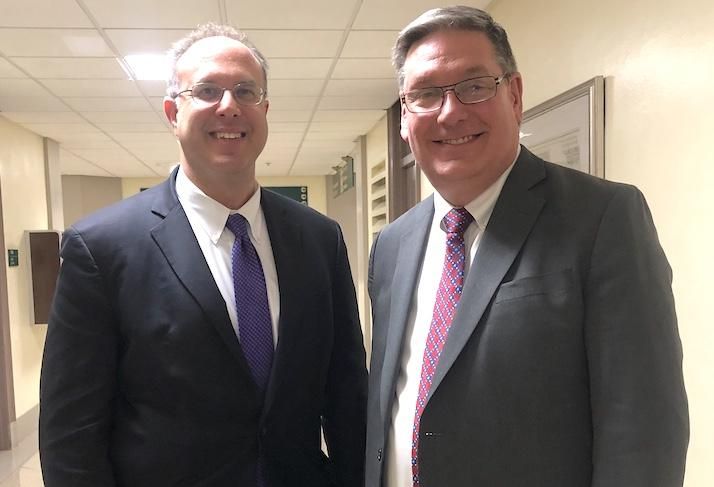 One key point of concern centered around the six-month window the proposed regulations give for opportunity funds to hold capital before investing it into a qualified zone. Several stakeholders recommended this window be extended, including Delaware Prosperity Partnership CEO Kurt Foreman.

"Under the proposed rules, an opportunity fund has six months to deploy the capital it has raised before being subject to a potential penalty," Foreman said. "Such a short time frame could be too demanding of a newly formed fund and could delay or discourage the formation of potential funds, an outcome we would like to avoid."

A second issue that came up frequently was the lack of clarity around whether a fund could sell individual assets it invests in and reinvest the proceeds to deploy to additional opportunity zone projects without losing the tax benefits. Allowing asset sales will be critical for having diversified, multi-asset funds, Institute of Portfolio Alternatives Director Dan Cullen said, which is key to the success of the program.

"Having funds that are diversified and are multi-asset funds geographically will increase the public policy, intended by the statute and also increase the two parties we're trying to bring together, the capital — the wealth that's in our country — and the communities that have the need," Cullen said.

Several stakeholders also pushed the IRS to loosen the restrictions on funds investing in businesses located within opportunity zones. The law was crafted to include investment in companies and real estate, but the proposed IRS regulations make it difficult for funds to put money into businesses, multiple experts said.

Rhode Island Secretary of Commerce Stefan Pryor, who testified on behalf of a group of 12 state economic development executives, said this issue was his main reason for speaking at the hearing.

"We are primarily focused on ensuring that the rules allow for and incentivize investment in both real estate developments and operating businesses," Pryor told Bisnow after the hearing. "In these zones, which are distressed census tracts, there is a great need for jobs and increased economic activity. To accomplish that, the investment in operating businesses is enormously important. As structured, the rules inhibit such investment."

Economic Innovation Group Director of Impact Strategy Rachel Reilly, who joined the organization this month from Enterprise Community Partners, told Bisnow that fixing the rules to allow for investment could have significant impacts. 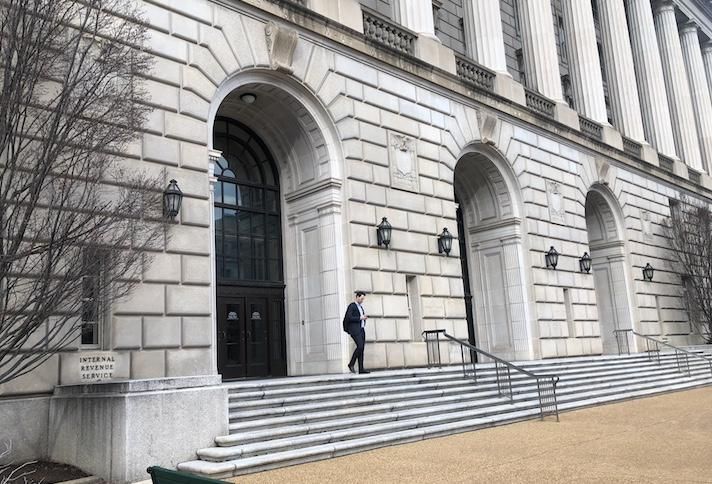 Many experts also asked the IRS to provide more clarity on what types of development projects qualify as opportunity zone investments, and how substantially an existing building would have to be improved to receive the tax benefits for investors.

Glickman, speaking with Bisnow after the hearing, said he thought it was valuable for the IRS to hear from people involved with the opportunity zone program to understand areas of confusion they had that the agency may have overlooked.

"I think the IRS is getting increasingly aware through this hearing of how certain provisions I think they thought were very clear are being interpreted in different ways by the investor, fund manager and developer community," Glickman said.

Glickman expects the second round of regulations to be released next month, after which he expects some of the large investors who have been waiting for clarity before deploying capital to begin making moves.

"Once you have the full set of preliminary regulations, that will be clarity for many funds to launch and wealth managers to decide they have comfort to deploy real capital into the marketplace," Glickman said. "By the end of this quarter, I think you'll see enough activity so that by the second half of this year you'll see much more capital move into these deals."