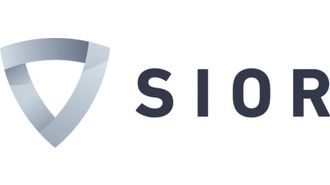 As Office Market Evolves, Owners Must Adapt To New Changes

The positive growth of the office sector comes with changes in work habits and demands. Companies have become more aware of optimizing space, while co-working offers short-term leases and turnkey workspaces. Millennials have also entered the workforce, prompting owners to replace desks with nontraditional amenities like coffee bars and lounges. Owners must adapt to stay competitive.

“This being the case, the office market has slowly recovered over the last 10 years,” Markward Group CEO and SIOR Global President Del C. Markward said. “Class-A offices and new buildings have performed the best, with overall vacancies dropping slightly or remaining steady.”

Office Leasing In A Post-Recession Market

After the Great Recession, the contracting economy led many companies to lay off employees and reduce floor space. Layoffs and reorganizations also led to a rise in “shadow vacancy,” where space is leased out but not utilized. In 2011, the U.S. office sector needed to absorb 126M SF of empty space to return to pre-recession vacancy levels. When accounting for shadow space, tenants absorbed only 18M SF.

The office market has since absorbed the shadow space and has moved into a development phase, bringing more Class-A office projects online. Over 79M SF of office space will deliver this year, according to a Marcus & Millichap report, and more than half of all completions will be concentrated in the top 10 markets.

“We went through this phase for the past five years, when companies became so efficient that they didn’t need this extra space,” said Colliers International Executive Vice President and Chief Operating Officer David C. Lockwood. “Now we have tight office markets, which has prompted a boom in development.”

The success of the office market has largely been concentrated in urban areas close to universities, tech companies and strong labor pools, Lockwood said.

“Location is still the most critical factor in ultimate success, and office is no different,” Markward said. “The strongest markets are those with land constraints and employment growth, specifically San Francisco, Seattle, New York, Miami and Washington, D.C.”

Post-recession, tech companies have emerged as major office occupiers in top markets. In its 2018 Office Investment Forecast, Marcus & Millichap listed 46 U.S. office markets in order of performance. The report’s top five markets — Seattle-Tacoma, Boston, San Francisco, Portland and San Jose — each have a large population of tech companies. Amazon alone occupies more than 8.1M SF of office space in Seattle and continues to expand. Seattle office vacancy rates fell to 9.6% by Q4, one of the lowest rates in the nation.

The top office markets are among the most expensive when it comes to construction. Last summer, New York City, No. 6 on Marcus & Millichap’s 2018 office outlook, became the most expensive city in the world for construction. Costs are expected to rise across all U.S. markets, as materials become more expensive and labor shortages continue. The Turner Building Cost Index rose 1.34% in Q4, marking a 5.17% yearly increase from Q4 2016.

President Donald Trump’s tariffs on steel and aluminum imports into the U.S., signed earlier this month, will also cause construction costs and office rents to rise. The tariffs could lead to a cost increase of about 1% this year, or $7.5B in increased construction prices nationwide.

Given the current positive U.S. economic growth, office tenants have been willing to pour money back into more expensive space to create environments that attract and retain employees, Lockwood said. But that comes with the expectation that Class-A buildings will meet the demands of the current workforce. Compared to an asset class like industrial, which requires relatively little capital to draw in tenants, office often demands significant and consistent investment.

“Renovations will also become more frequent and cyclical,” Lockwood said. “Millennials do not want to be stuck in the same office environment for five years. New amenities will instead be added periodically throughout the duration of the lease.”

Beyond tenant improvement trends, solid office investment depends on securing assets for when the economy enters a downturn. It has become more common for office tenants to sign seven-, 10- or 12-year leases rather than five-year leases, Lockwood said. If another recession occurs, owners can ride it out without worrying that their leases will expire.