New apartment construction in the U.S. is set to reach a 20-year high as millennials and baby boomers continue to drive demand.

At least 345,000 apartment units are expected to come online this year, but will multifamily building continue at this breakneck pace?

One way to determine this is to look at the number of multifamily permits cities are approving. Roughly 399,000 units were approved nationwide during the 12 months ending July 31, according to RealPage. This is down roughly 8% from this cycle's peak permitting period of the 12 months ending January 2016.

But in most of the nation's largest cities, the approval of multifamily units is still increasing, in some cases close to 50% year over year. Using RealPage's data, Bisnow took a look at the top 10 metropolitan areas with the most multifamily units permitted over the last year. 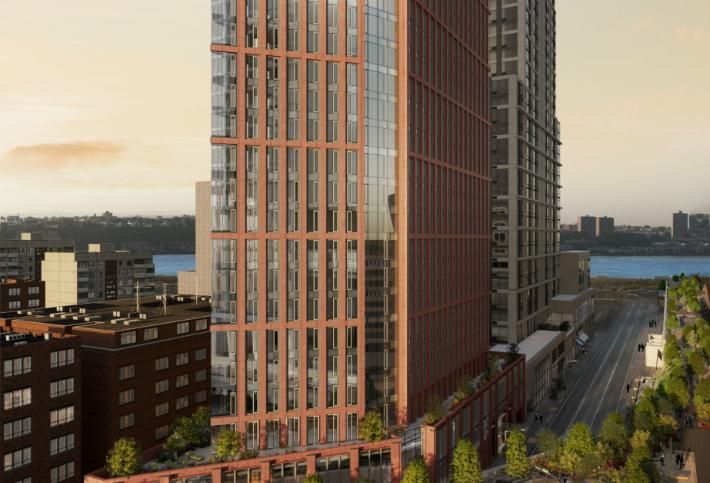 Courtesy: Related Cos.
A rendering of One Hudson Yards, the massive new neighborhood's next rental property

The Big Apple tops the list with more than 30,000 new units approved. In the first quarter, New York City issued construction permits for 6,343 residential units, the highest level in a decade. Brooklyn had the most units approved that quarter, followed by Manhattan, Queens and the Bronx.

A 33-story multifamily project in one of the city's hottest neighborhoods, Hudson Yards, began leasing last month. The building has 178 one- to three-bedroom apartments, plus a four-bedroom penthouse unit. 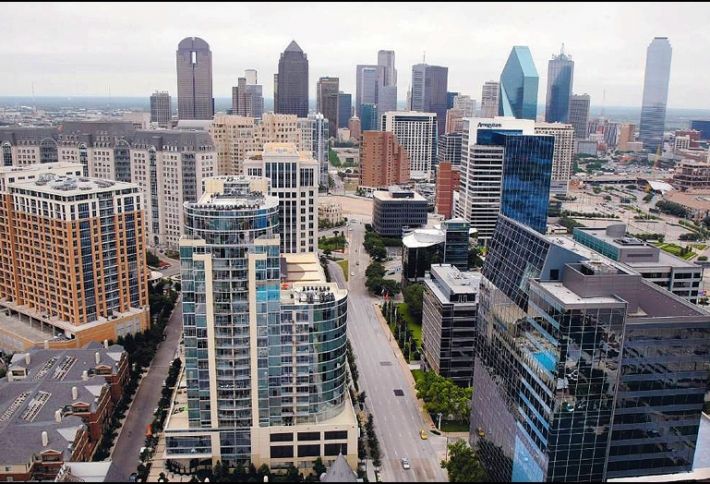 While Dallas had the second-most units approved during the period, it experienced a sharp drop from the prior year. RealPage Chief Economist Greg Willett, who is based in Dallas, said he expected to see a decline given how fast the city has been building apartments.

“Throughout this building cycle, Dallas has been the most aggressive building market in the country,” Willett said. “We’re delivering product so aggressively at this point. We’re certainly due for a bit of a pullback." 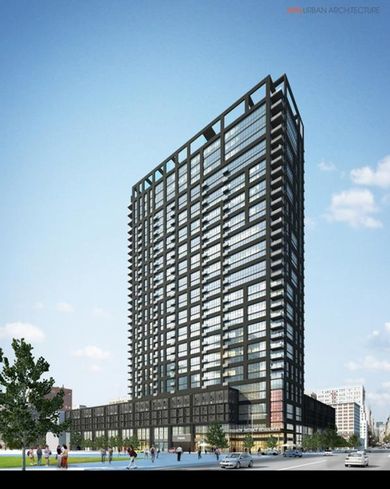 Los Angeles had the third-most units approved and also experienced strong growth from the prior year. While the data only includes units approved through July, the city continues to green light big projects. Just last week, the L.A. City Planning Commission approved a 33-story high-rise with 452 apartments in DTLA called the Fashion District Residences. 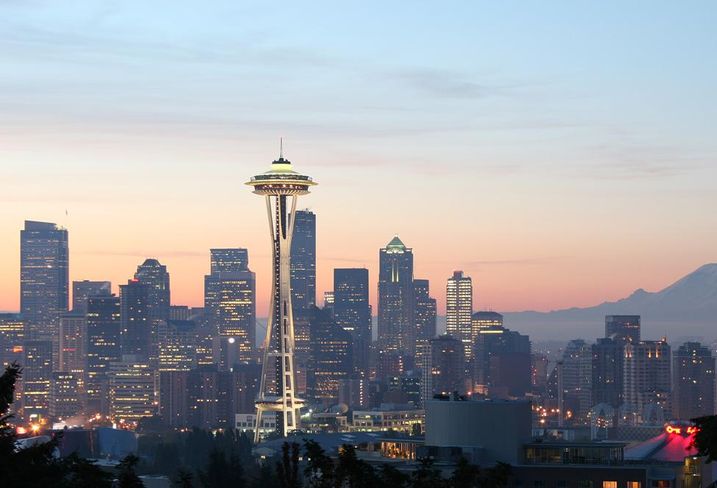 For cities wondering how landing Amazon's HQ2 could impact residential growth, look no further than the tech giant's first home. Seattle approved the fourth-most apartment units in the country and continues to experience growth. Developer GZI Boren in May announced plans to build multifamily on a site in the Denny Triangle, a neighborhood that already has 33 approved and pending projects that would total 10,000 units and 3.5M SF of office. 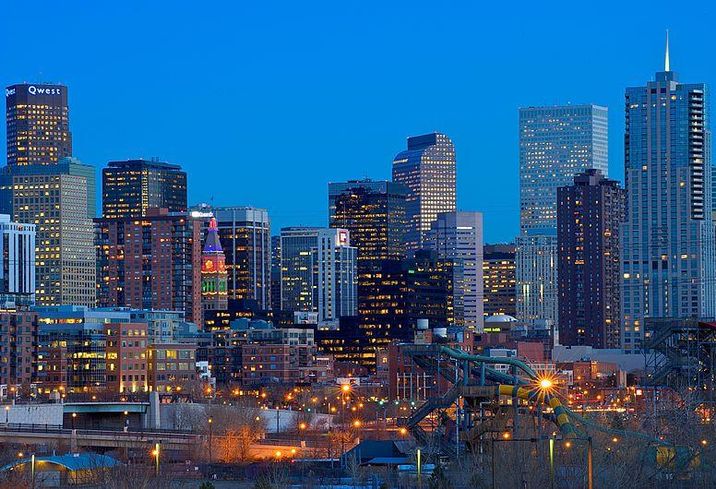 Denver experienced the largest rate of growth, approving nearly 50% more units than it did in the prior year. Willett was surprised to see such rapid growth, but said the Mile High City has great multifamily fundamentals.

"In the big picture, Denver is what we think of as the perfect apartment market," Willett said. "It's a terrific economy, there's a pretty big premium to buy versus rent. The demographics are exactly what you want to see for apartment residents." 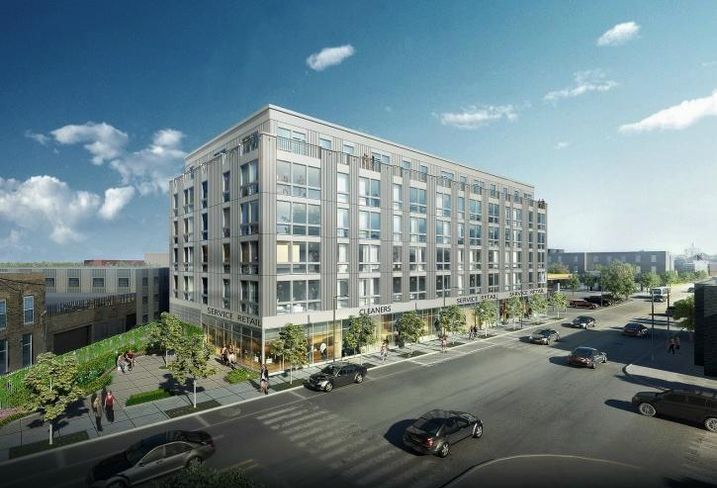 The number of units permitted in Chicago also increased dramatically from the prior year. The windy city has numerous multifamily projects at various stages of development. Construction began last month on a 138-unit micro-apartment project in Logan Square. In April, Marquette Cos. unveiled plans for two new projects, a 263-unit project in Fulton Market and a 160-unit development in Noble Square. 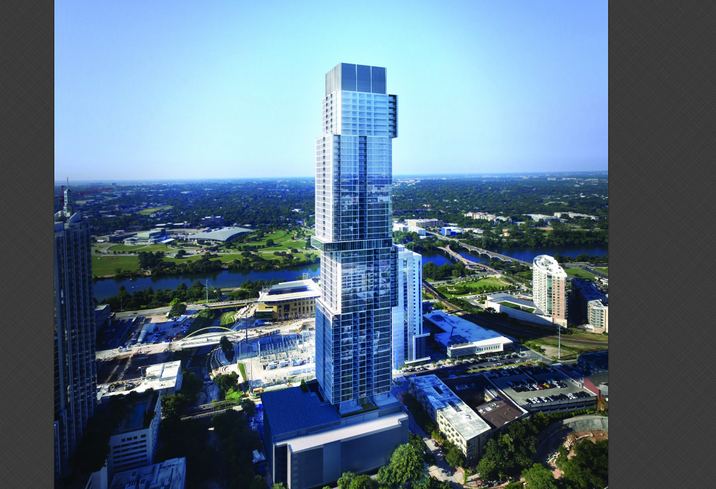 Austin developers have also been busy planning ambitious new multifamily projects. The Independent, a 658-foot-tall skyscraper designed by Rhode Partners, will be not only the tallest residential building in Austin once it is completed, but the tallest west of the Mississippi River. The project, a JV between Constructive Ventures and Aspen Heights, is expected to deliver in 2019. 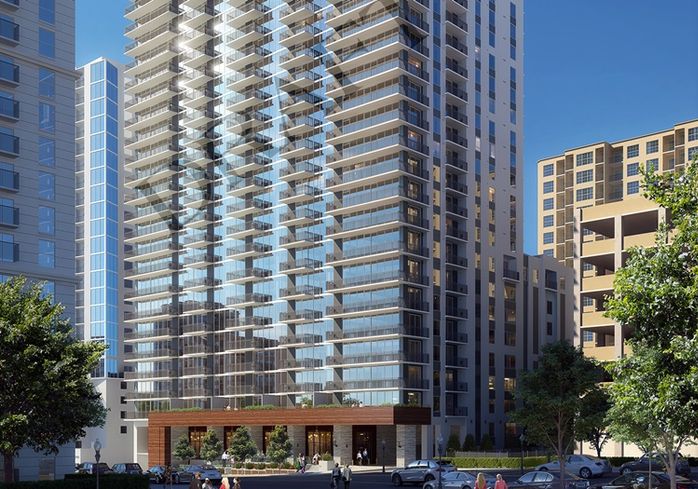 Atlanta takes the crown for the sharpest drop in multifamily permits, with a 21% drop in units permitted compared to the prior year. That pullback does not mean developers are not moving forward with big residential projects. Lennar Multifamily Communities broke ground earlier this month on Vireo, a 26-story apartment tower with 310 units. The $105M project received a 10-year tax abatement incentive from the Development Authority of Fulton County. 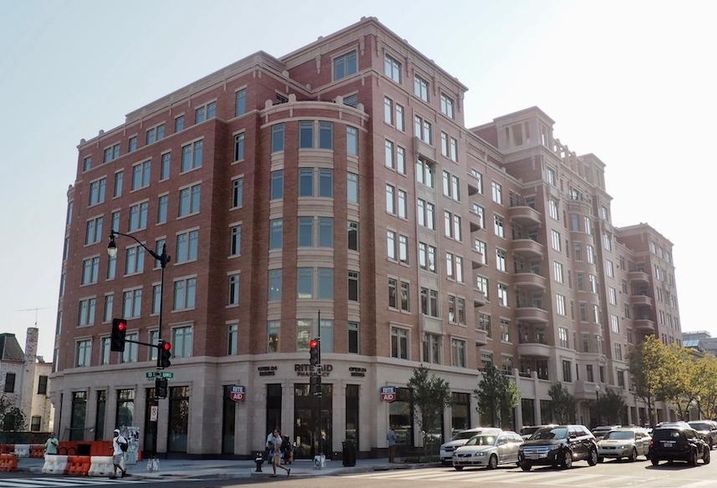 The nation's capital is undergoing the largest multifamily boom in its history, with a record 7,054 rental units expected to deliver this year. The supply has even caused a slight drop in rents in the city that is one of the most expensive in the country to live. But that fact has not deterred D.C. developers from building expensive new projects. JBG Smith's 13|U, which delivered last month, has a penthouse unit going for $13,500/month.

The District's permitting pace has remained relatively flat in the last year though, with a mere 2% increase, and Willett expects it will soon begin decreasing.

"In D.C., the building has been pretty aggressive throughout the cycle, certainly more than previous cycles," Willett said. "So we think there's a bit of a slowdown ahead, but it's not going back to historical numbers." 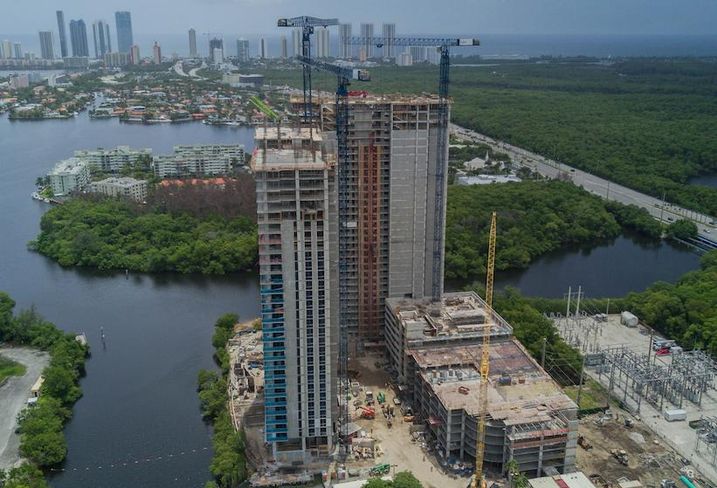 N25 Miami Drone
Two towers comprising The Harbour in North Miami Beach are expected to open at the end of 2018.

Miami came in just a tick behind Denver with the second-largest increase in multifamily units permitted compared to the prior year. In North Miami Beach, two 32-story condo towers expected to deliver in late 2018 have already sold 90% of their 425 units. In downtown Miami, a 31-story mixed-use project with 460 rental units is under construction.