As developers at the top end of the residential market know all too well, amenities can often make the difference in courting the small demographic that can afford the most extravagant residences.

The result is an arms race among building owners to provide truly unique services and offerings — in this day and age that translates to the liberal use of technology. Property Markets Group, for example, is testing out a smartphone app for residents to access building and concierge services at its recently opened Echo Brickell condo tower in Miami, The Real Deal reports. 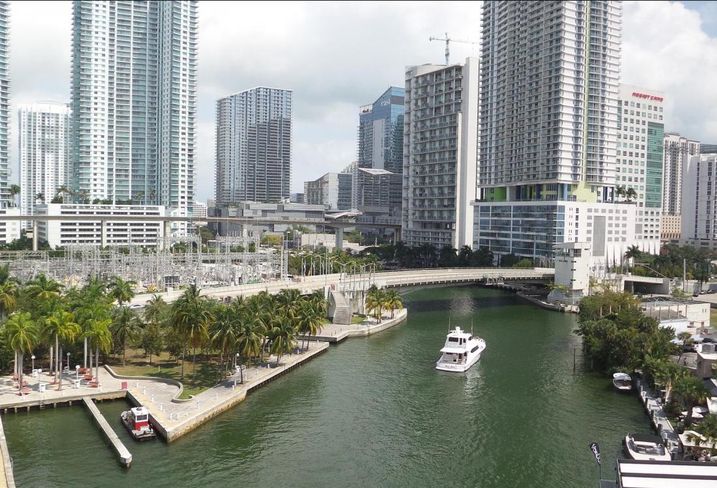 Pixabay
A yacht navigating the waters of Downtown Miami

Through the app, residents can order food and beverages from eateries in the building, delivery services such as flowers and dry cleaning, or repairs from the building handyman. PMG has also enlisted wellness celebrity Deepak Chopra to integrate healthy living technology into some units at its Muse development in Sunny Isles Beach.

Other developers in the area have opted for a more personal touch.

KAR Properties has hired vacation planner-to-the-stars Mariela Dobrova as the "lifestyle curator" for residents at One River Point, a condo tower in Downtown Miami that has not yet broken ground. Dobrova will work directly with residents, even before a sale has fully closed, to plan both vacations and social activities within the city.

Echo Brickell also has brought on Brian Koles as a "brand and human experiences director"; he will also help with the aforementioned app. Koles described his job to TRD as helping residents live "the most 'Instagrammable' life possible" by putting together personalized experiences meant to be envied, like beach massages or VIP tickets to local events.

At The Ritz-Carlton Residences, Miami Beach developer Lionheart Capital will include a floating helipad for residents to land in a helicopter before being boated back to their condos on shore, and a Frauscher luxury yacht with a dedicated butler available for residents to rent.

That said, the cutting edge is not just reserved for the richest of the rich. The latest tech advances have allowed high-end condo owners to venture into short-term rentals.

Habitat Development is among a small subset of companies bucking the trend of condo buildings discouraging its residents from renting out their units. At Smart Brickell, Habitat is building fully furnished apartments that owners will encourage residents to rent out via integrated technology that connects to apps like Airbnb. Owners of the units, which will also be fitted with Nest and Echo smart home devices, have the option of allowing Smart Brickell's management to handle such short-term rentals.

Representatives for Habitat said that more than 60% of buyers at Smart Brickell, where condos range between $300K and $500K, have expressed interest in the short-term leasing option. Units across Miami worth more than $600K are still heavily restricted to Airbnb and its ilk, as developers expect such wealthy residents to balk at the idea of strangers renting out their swanky pads.