Trucking company Schneider National is pulling out of the last-mile logistics business involving the delivery of appliances and other large consumer goods. According to the company, it has been losing money on that end of the business, despite a sizable investment in it. 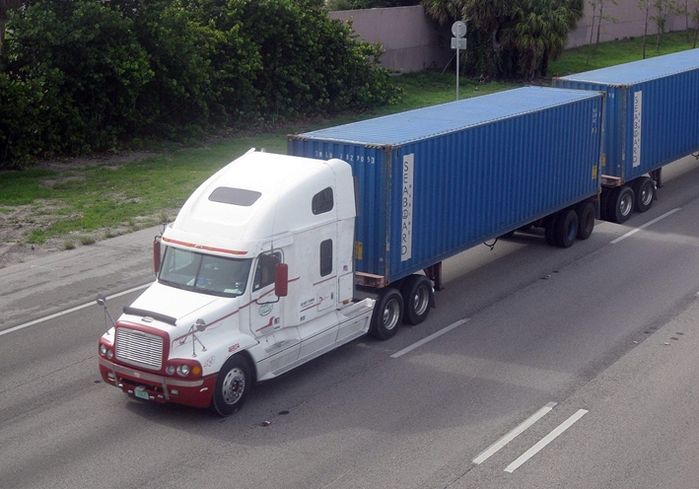 The growth of e-commerce was supposed to support the growth of last-mile deliveries — and it has been driving industrial rents up — but it didn't work out that way for Schneider, which reported that its First to Final Mile unit will close at the end of the year.

The trucking company said the unit lost $26M in the first half of 2019 and will lose another $9M in the third quarter. The company will take pretax restructuring charges of between $50M and $75M in the second half of the year related to the shutdown.

The 26 facilities the company is leasing for its First to Final unit will soon be on the market. According to Schneider Chief Financial Officer Steve Bruffett, the leases on those properties range from near term to multiyear. For the longer lease terms, Schneider will try to sublease the space to other users.

"While we made significant investments in the operation, the business operating results are below target, not meeting our expectation on financial performance or improving at an acceptable pace or timeline," Schneider President and CEO Mark Rourke said late last week during the company's Q2 earnings call.

Shutting down First to Final Mile will allow the Green Bay, Wisconsin-based company to focus on its core businesses of trucking, intermodal and logistics, Rourke said, and is consistent with its portfolio management and capital allocation.

Schneider, one of the largest U.S. trucking companies, entered the last-mile sector in early 2016 with the acquisition of two companies specializing in the business, Lodeso Inc. and Watkins & Shepard Trucking.

E-commerce expansion has put millions of new packages into parcel networks, but carriers are struggling with the high costs of the last mile, The Wall Street Journal reports.

"They see the growth of e-commerce as a potential opportunity, but it’s not that simple,” Cathy Roberson, a chief analyst at Logistics Trends & Insights, told the WSJ.

These deliveries take time and they are costly, with 25% to 30% of logistics costs coming from that last mile.

Costs are high because a lot of people, mostly urbanites, live inconveniently far from sophisticated distribution centers. Logistics firms are working on that problem by developing or redeveloping industrial product closer to the customer base, but the going is relatively slow.