E-Commerce Continues To Disrupt Industrial Real Estate, For The Better

Industrial real estate is in a golden age of low vacancies and cap rates, record demand and a packed pipeline across the country. E-commerce remains the biggest disruptor in the sector, providing opportunities for developers and investors as well as new headaches.

That was the theme that developed at Bisnow's inaugural National Industrial Event in Chicago Thursday. Here are some highlights from the event. 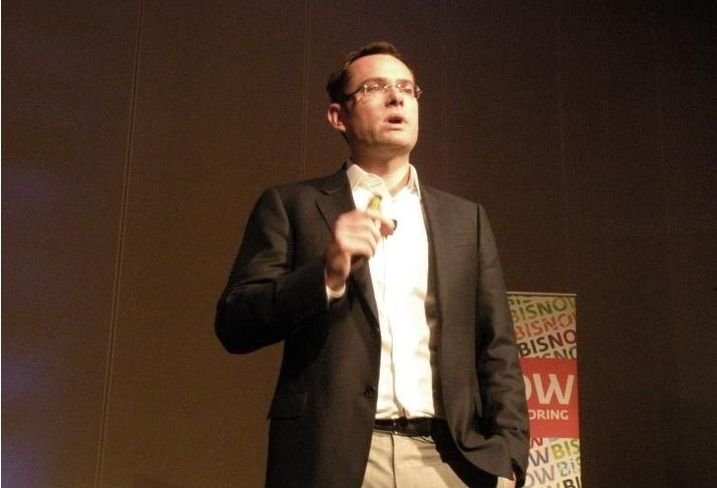 In his keynote address, Prologis Global Head of Research Chris Caton said the national vacancy rate for industrial real estate is under 5%, which is a record. That is causing competition among customers for space and warranting developments earlier and at a greater scale than expected. Demand has outstripped supply for seven consecutive years.

On the customer side, over 1B SF has been absorbed in just four years, a growth rate as fast as in the 1990s. Caton said it is an oversimplification to chalk this demand up to the rise of e-commerce or pent-up demand from the global financial crisis and its recovery. Caton identified three trends: consumption from food and beverage and consumer businesses has increased with population growth; industries like construction and housewares are on the rise; and industries undergoing structural change like e-commerce, transportation and even healthcare.

These three factors are aligning and growing at the same time, which is unusual. Caton believes the growth rate in industrial is actually constrained and demand and supply will grow in lockstep.

Nationally, Caton estimates e-commerce represents over 20% of new leasing nationally, up from 5% five years ago. The intensity of e-commerce use is driving e-retailers to secure distribution centers at a rapid clip. Caton looked at the efficiency of supply chains between e-retailers and the online components of brick-and-mortar retailers. For every $1B in sales, an online retailer needs 1.4M SF. Traditional retailers need 400K to 500K SF for $1B in sales. The transition from in store to online is more logistics-intensive. 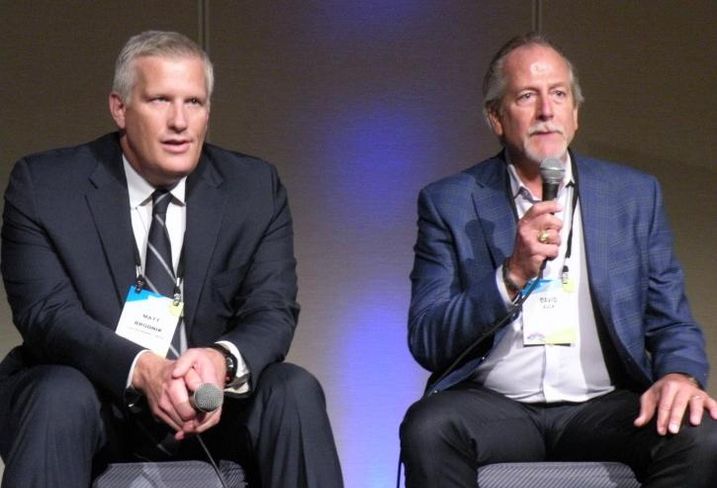 USAA Executive Managing Director David Buck reminded the audience that, despite its expanding distribution center footprint and growing brick-and-mortar retail presence, Amazon is still more of a tech company than a retailer. And Amazon remains ahead of its competitors, in part, through predictive analytics. Amazon and other e-retailers are studying customers' search and purchase histories to determine what the consumer wants before they even know it. And that will spur further disruption in the industrial sector because technology allows for better clarity of market dynamics and making better decisions.

"There will be something else after e-commerce," Buck said. 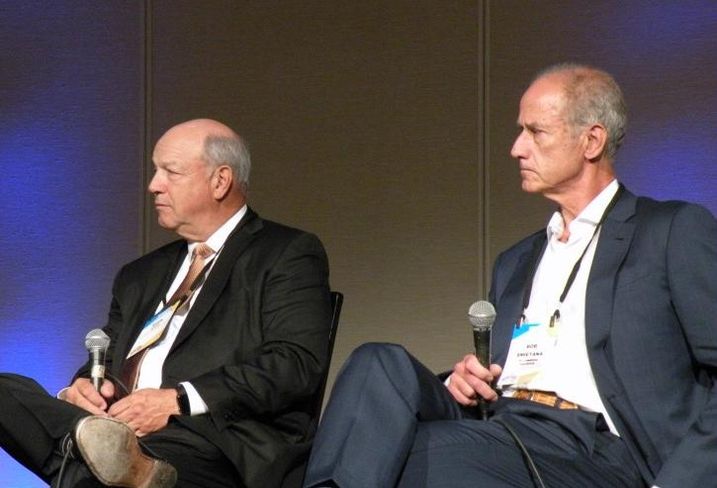 HSA Commercial Real Estate CEO Bob Smietana said 32-foot clear heights have been standard with his firm's build-outs, but it did have the 32-foot vs. 36-foot discussion for a 650K SF spec in Nashville. HSA was convinced that 36-foot heights were needed, but was swayed to build 32-foot heights on the recommendation of local brokers.

He wonders if there is a perception in the investment market that higher clear heights are needed and if HSA will get dinged on the exit. 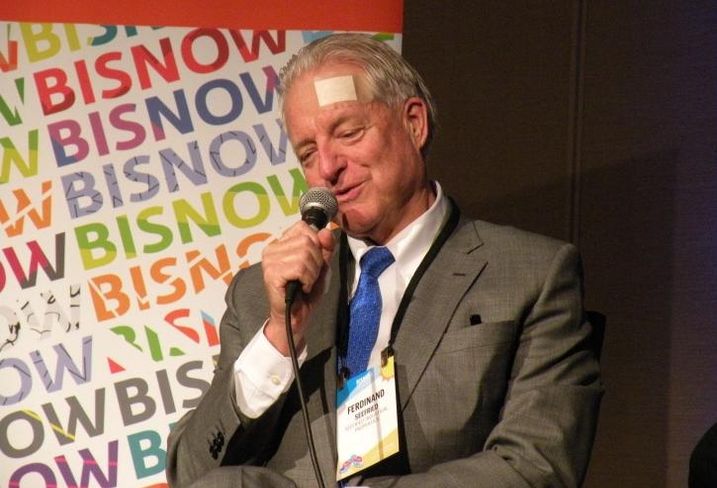 Seefried Industrial Chairman Ferdinand Seefried said the demand for LEED-certified buildings in industrial has dropped since the Great Recession. One reason is that building codes across the country today align much more closely with LEED standards.

MRP Industrial co-founder Reid Townsend said his firm has only built one LEED-certified industrial building, because the tenant wanted the LEED plaque on the building at its ribbon-cutting ceremony. Townsend said with building codes moving closer to LEED standards, he has yet to see a tenant willing to pay for the certification. 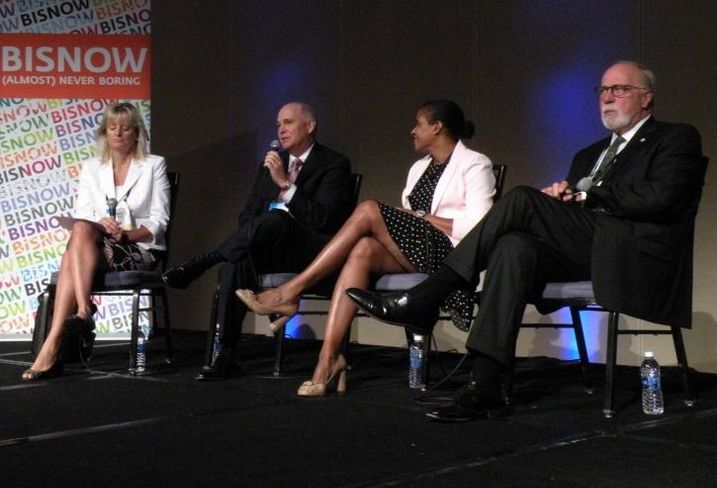 The panelists on the port and logistics panel like that the Trump administration is talking about improving infrastructure. The $64K question is whether the discussion will be backed by action.

Port Authority of New York and New Jersey Port Director Molly Campbell said a well-defined and thoughtful national freight policy is essential. It would deal with how financial and Customs and Border Patrol resources are meted out, and give the U.S. a broader look in terms of how cargo enters the country. American Association of Port Authorities CEO Kurt Nagle said border protection resources are a growing problem for ports, and ports need more officers and protection since the ports operate around the clock.

Improving port infrastructure must be essential to any infrastructure plan, Nagle said. Over 95% of overseas trade to the U.S. flows through seaports. That accounts for over $6B in daily trade, 23 million jobs and one-fourth of the U.S. economy. Ships and container units are getting bigger. The Panamanian government expanded the size of the Panama Canal to accommodate for this and to remain a vital player in international trade. Port of Virginia CEO John Reinhart said ships and containers have expanded so much in size that Chesapeake Bay's shipping lanes are now one-lane traffic. Reinhart is hopeful that an infrastructure plan will include resources to remedy that. 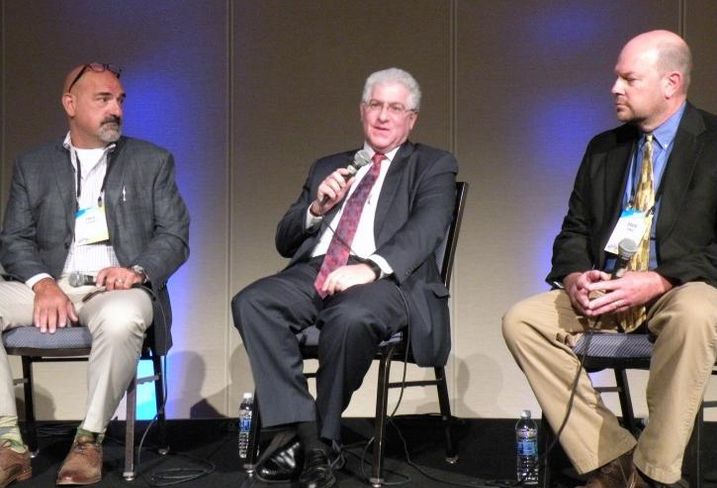 Conor Commercial President David Friedman said capital partners are playing a growing role in development and design. These investors want to go to their committees with the best possible product.

FCL Builders principal Fred Johanns said designing an industrial building today is about optionality. If a shell can be built with anticipation for alternate uses, the developer stands a better chance of finding the right tenant. Friedman said flexibility in a building's design and construction is important, especially with spec builds, to find the largest base of users possible. 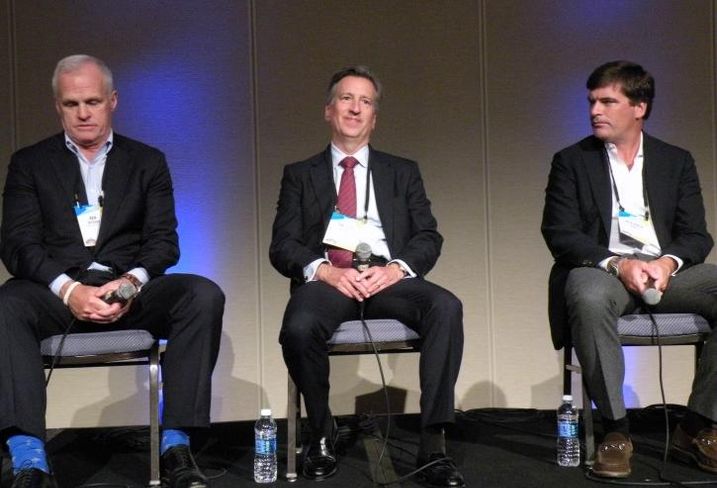 Stag Industrial Chairman Ben Butcher said his investment philosophy is "agnosticity." Stag finds it can be difficult to compete in the top 10 industrial markets because of what other players are willing to pay. But Stag has found better returns, and better market fundamentals, in secondary markets. Supply is not as much of an issue in these markets, and Butcher believes the fundamentals will remain strong there for at least the next 12 months, if not a five-year window.

Cabot Properties Executive Vice President Patrick Ryan is mindful of signs that the next downturn is coming. Cabot identified bankruptcies and sublease space as areas of note, and has seen none on the horizon, so it is full steam ahead for Cabot, which will stick to infill products that it can turn around and bring to market fast.