BD Plans To Develop Nearly 50 Pod Hotels Over Next Decade

BD Hotels is planning to roll out its micro-hotel concept, Pod Hotels, in a big way over the next decade in a number of North American markets, including Miami, San Francisco, Chicago, Austin, Boston, Nashville, Seattle, Montreal, Toronto and Mexico City. 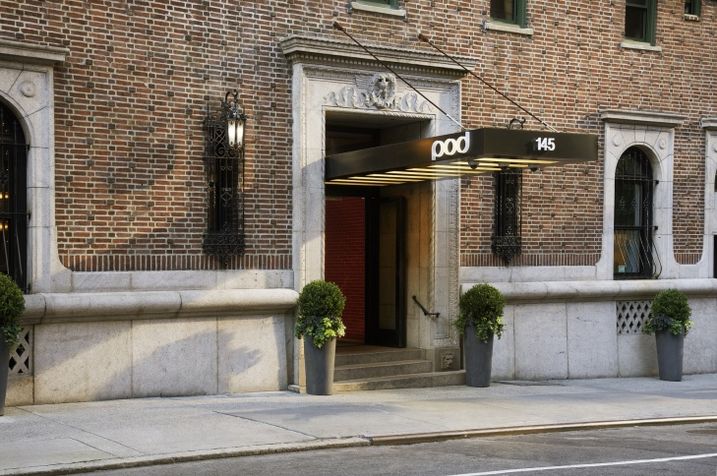 To facilitate the expansion, the company has tapped Rani Gharbie as Pod Hotels' head of acquisitions and development. Gharbie formerly oversaw North American development and acquisitions at Virgin Hotels as that brand expanded into various markets.

He said the company wants to have as many as 50 Pod Hotels open by the end of 2029, up from five now.

The concept offers guests accommodations ranging from 60 SF to 120 SF, along with communal spaces. More conventional hotel rooms still average more than 300 SF, but newer rooms tend to be smaller.

The Pod Hotel's competitors, Gharbie said, are other micro-hotel products, such as Yotel and Moxy by Marriott. (Yotel rooms average 170 SF, while Moxy averages 183 SF.)

The rooms might be small, but they are designed in a way that optimizes the space, Gharbie said. The efficiency with which Pod Hotels are developed allows the properties to be highly profitable.

"We provide a certain vibe, and we help our guests experience the neighborhood and the city, but we don't offer a heavy amenity package," Gharbie said. "The Pod product is really lean and efficient from that perspective." 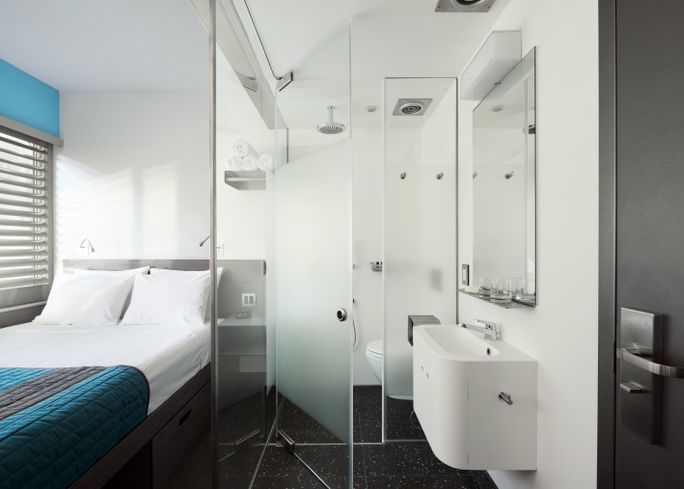 BD plans either to build properties from scratch or renovate existing buildings to its smaller-room standards, Gharbie said. Which method is used depends on the individual market, as well as the real estate cycle.

"It looks [like] we're going into a period when we'll be able to pick up other properties, since replacement costs are much higher than acquiring existing assets, but we anticipate there will be other points in the cycle when it's better to do ground-up development," Gharbie said.

Gharbie said the Pod Hotels do not directly compete with high-end, lifestyle hotels, which have larger rooms and a more sizable array of amenities, besides higher room rates.

BD Hotels opened its first micro-hotel model in New York City in 2007 with the launch of Pod 51 in Midtown East. The company has two other Pod Hotels in Manhattan, including its largest property, the 665-room Pod Times Square, which also features 45 larger Pod Pad apartments. It has a property in Brooklyn and one in Washington, D.C., and two more are in the pipeline, one in Philadelphia and one in Los Angeles.

"We're looking to put Pod Hotels in places with activity, in neighborhoods with density and culture," Gharbie said.

"From a real estate investment perspective, our properties compete well in areas with a scarcity of land, because we build very efficiently, and can put more rooms in less buildable area than a standard hotel. Investors love that."

BD Hotels — which New York developers Richard Born and Ira Drukier founded — owns, operates or has an interest in a number of more standard, independent hotels in New York, such as the Bowery, the Greenwich, the Jane, the Ludlow and the Maritime.