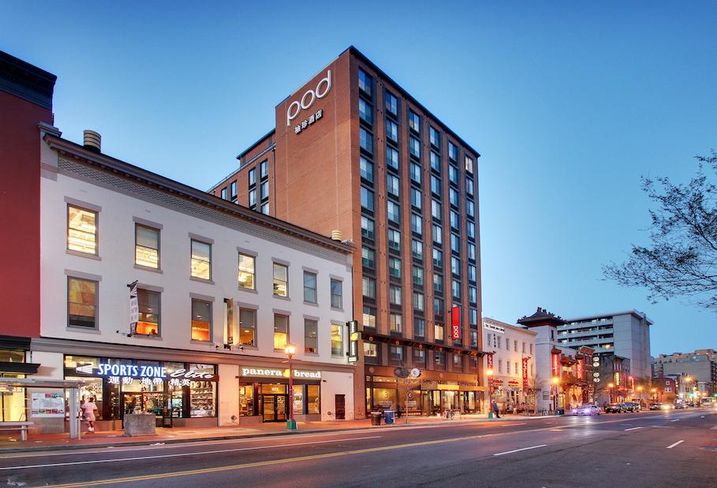 The 245-room Pod DC hotel, owned and operated by Modus Hotels, sits across from the Gallery Place-Chinatown Metro station at 627 H St. NW. The hotel features 60 to 120 SF rooms starting at $109 per night.

“Modus Hotels is looking to energize the D.C. hospitality scene with the addition of Pod DC,” Modus Hotels CEO Aaron Katz said. “We believe there is a place in the D.C. hotel market for a fun, value-driven hotel." 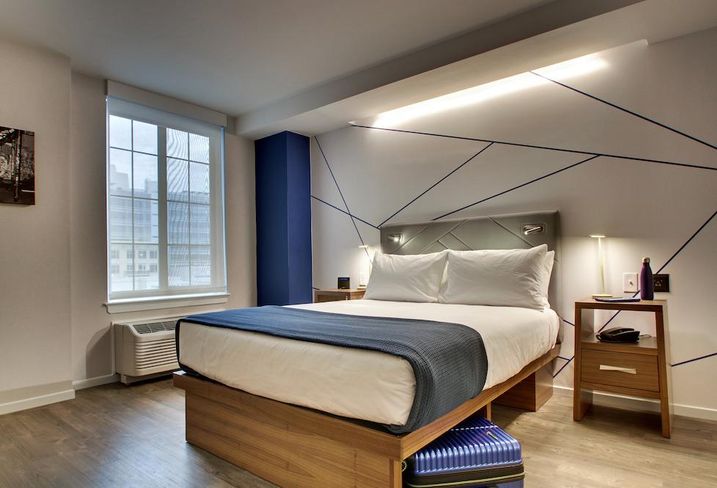 Courtesy: Modus Hotels
A guest room with a queen bed in the Pod DC hotel

The hotel's 245 units offer some with queen beds, double beds and even bunk beds. Each room has a private bathroom and access to free WiFi.

For its food and beverage offerings, Pod DC partnered with Ian and Eric Hilton, creators of American Ice Co., Chez Billy Sud and Marvin. On the first floor, the hotel will serve Southern fare at Crimson Diner. One level below is Crimson Whiskey Bar, which opens in late June and features a wide selection of whiskey and other spirits, plus leather couches for lounging. The building also has an indoor-outdoor rooftop courtyard, which it calls Crimson View.

BD Hotels created the Pod brand. Pod DC is the third Pod-branded hotel and the first to open outside of New York City. The first two opened in Midtown Manhattan in 2007 and 2012.