When it comes to launching into space, NASA isn't the only game in the United States anymore, though it is still the main player. The U.S. has four functioning spaceports, two of which are not part of the federal government. Other new private facilities are aspirational, preparing for a possible future growth in space travel and rocketry.

The emerging state-owned and private spaceports have varied degrees of success so far, but all have the potential to spur regional growth. 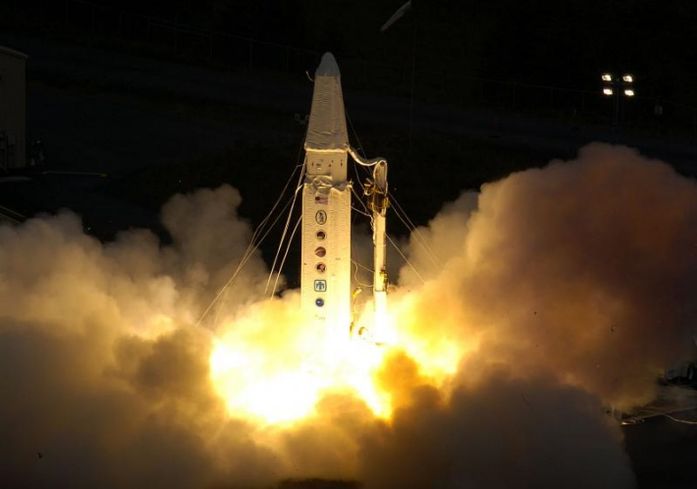 Alaska Aerospace
A recent launch at the Pacific Spaceport Complex-Alaska

The busiest U.S. spaceport that isn't the federal government's Kennedy Space Center or Vandenberg Air Force Base is the PSCA, firing rockets from a remote location on Kodiak Island off mainland Alaska.

PSCA is operated by Alaska Aerospace, a state-owned corporation established to develop an aerospace industry in Alaska. The facility offers all-weather support for orbital and suborbital rocket launches, and its high latitude is suited for launches into polar orbits and highly elliptical orbits.

From the first launch in 1998, the PSCA has been the site of 19 launches of government payloads, and in 2018, it launched its first two commercial launch vehicles.

“This marked a significant moment for Alaska Aerospace, as the company diversified its customer base and entered a new era of space launch activities,” Alaska Aerospace President Mark Lester said.

The direct impact of the spaceport has been relatively modest so far, with a report by McDowell Group finding that Alaska Aerospace created about 195 direct and indirect jobs and a total of $21M/year in wages and benefits from its operations. A single launch puts nearly $3.5M into the Alaska economy.

The spaceport is looking to attract companies to Alaska that need ready access to space launch facilities, and is working to draw high-skilled jobs supporting those companies. 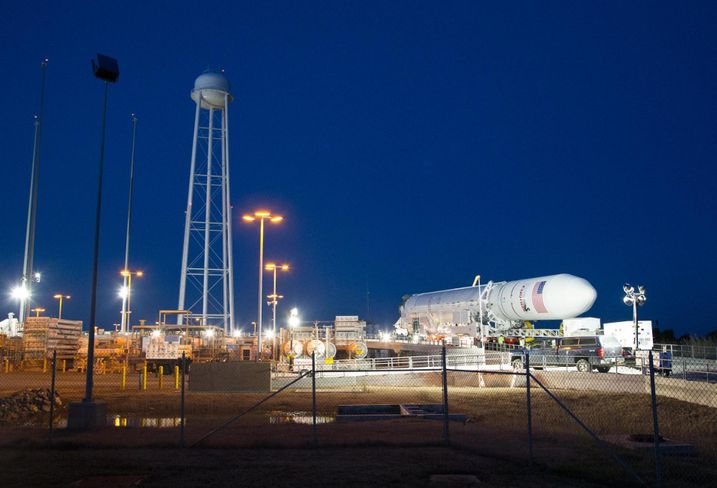 The other U.S. spaceport that has seen launches, 17 so far since 2006, is the Mid-Atlantic Regional Spaceport on the southern tip of NASA's Wallops Flight Facility on Wallops Island, on land leased from the space agency.

The Virginia Commercial Space Flight Authority, also known as Virginia Space, which is owned by of the commonwealth of Virginia, operates MARS and the adjacent MARS UMS Airfield.

The spaceport is expanding. California-based startup Rocket Lab, which operates in the small-satellite launch market with its Electron boosters, has announced it will launch missions from MARS. The company will build a new launch pad at MARS to facilitate its future launches.

The spaceport is a key ingredient in the development of the commercial aerospace industry in Virginia. The Virginia space industry contributes $7.6B in annual direct economic output and directly supports 29,638 jobs, according to a report by the Performance Management Group at Virginia Commonwealth University. 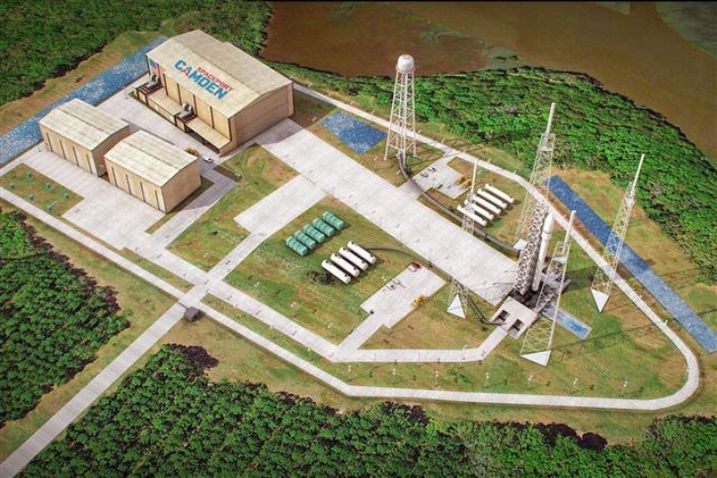 Camden County, Georgia, which is on the Atlantic coast not far north of Jacksonville, Florida, is on track to have its own spaceport. At the beginning of July, the Federal Aviation Administration notified the county that it has completed an initial review of the Spaceport Camden Launch Site Operator License application and found it to be complete enough to begin a 180-day review process.

"Spaceport Camden is envisioned as a public-private partnership in which Camden County obtains a Launch Site Operator License from the FAA, and private companies build the infrastructure they need to launch and service their customers," Spaceport Camden spokesman John Simpson said.

The spaceport expects that the license will also attract ancillary services such as payload processing and integration, final vehicle assembly and launch logistics teams, Simpson said.

"Spaceport Camden also envisions a research and innovation park where universities like UGA and Georgia Tech can use Spaceport Camden for research applications such as microgravity protein crystallization and advanced aerospace engineering research," Simpson said. 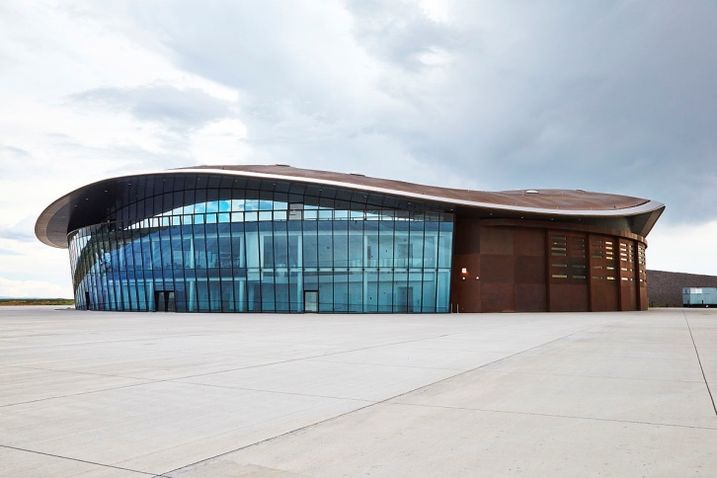 Progress toward becoming a functioning spaceport at Spaceport America in the New Mexican desert has been relatively slow, though it is licensed by the FAA for space flight. Considerable infrastructure is in place, such as a hangar, offices, a fuel farm, a warehouse and an antenna for telemetry and communications.

After delays since the early 2010s, Virgin Galactic, the facility's anchor tenant, said in May that its development and testing program was advanced enough to move its staff and space vehicles from Mojave, California, to its commercial operations headquarters at Spaceport America.

Virgin Galactic's goal at the New Mexico facility is for its spaceship, VSS Unity, to start suborbital service for space tourists in the near future, though no firm date has been announced.

The activity at Spaceport America has also yet to inspire much in the way of economic development in the surrounding area, but when Virgin Galactic announced its recent plans, New Mexico Gov. Michelle Lujan Grisham said in a statement: "With these workers here and with these plans firmly in place, I’m certain New Mexico will serve as the launchpad for the rapid industry growth we’ve been expecting for so many years."

The state of New Mexico is looking for a return from the spaceport, since it has largely footed the bill for its development since 2006, though local and private funding has played a part. Thus far, a number of unmanned suborbital rocket flights have been launched from the facility, and it also attracts tourists. 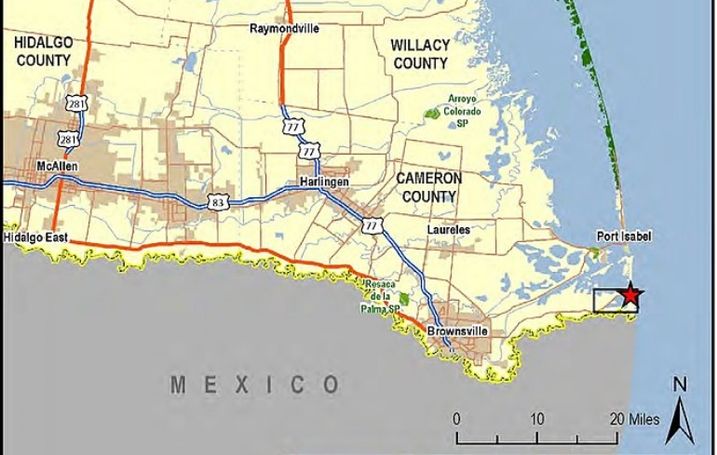 So far, SpaceX — the nation's highest-profile and most successful private space company — has launched its missions at NASA facilities in Florida and California. Early in the 2010s, the company started work on its own launch facility on the coast of the Gulf of Mexico at the southern tip of Texas.

Various delays, such as firming up the area's soft soil, slowed construction, though by this year much of the infrastructure at the launch pad has been completed.

Initially, the company planned to launch its Falcon rockets at the site, primarily to carry commercial satellites to geostationary orbit, but last year, SpaceX modified its plans to confine activity at South Texas to its Big Falcon Rocket, which was recently renamed "Starship."

"Our South Texas launch site will be dedicated to BFR, because we get enough capacity with two launch complexes at Cape Canaveral and one at Vandenberg to handle all of the Falcon 9 and Falcon Heavy missions," SpaceX CEO Elon Musk said during an interview last year.

A smaller version of the Starship rocket, Starhopper, has started testing at the Texas facility, so far involving static tests of its Raptor engines, not all of which have gone perfectly.