Technological advancements are pushing data centers to the edge. The Internet of Things, self-driving cars and artificial intelligence are changing the way data center operators and tech companies think about data processing as they seek to bring those capabilities closer to where they are needed.

That means more edge servers. Data centers will shift from being on the outskirts of town to edge servers inside small buildings or boxes close to end users within the next few years.

“If you think data centers have changed a lot in the last 10 or 15 years, just wait until the next 10 or 15 years,” Critical Facilities Roundtable founder Bruce Myatt said.

He said the biggest challenges are happening at the edge, which is where data is sent to end users and devices, whether that be distributed cloud computing, fiber, wireless edges for cellphones or small computing data centers. He said the edge could be small shipping containers within a city or small servers on a the street corner.

“The edge is going to be at your front door,” Myatt said.

Why The Edge Is Needed

With the advent of self-driving cars, a centralized intelligence will be needed so one car can know another car is coming down the street. The edge will be interacting with stoplights and everybody’s homes and devices, Myatt said.

While cars will need milliseconds to process data at the edge, history and analytics can be shipped off to a data center in Iowa for processing, CoreSite's Mescall said.

He said one of the biggest problems with all the data being processed is that companies like Erikson, AT&T, Verizon and others need to figure out how to make sure much of the data uploaded is used and stays as local as possible and only a fraction of the data is stored long term in a data center, which is the most expensive part of data collection.

Google has been rolling out global data center infrastructure to speed up the processing of data as it is sent to users, according to DataCenter Knowledge. It currently interconnects with internet service providers in 70 metros in one of the largest edge networks in the world.

It recently rolled out Espresso, which is a networking technology that automatically selects the best data center location for a particular user. It also uses a single distributed system to aggregate network information and make decisions on routing rather than using individual hardware routers.

The Challenges To The Edge

The problem with implementing the edge is it is hard to define and can mean something different depending on what it is used for, Thiele said.

“Even those of us who think we know what we’re talking about are only scratching the surface of what it can become,” Thiele said.

The edge will be wherever people are, according to CoreSite's Mescall. For companies that need to get videos out to users quickly, the edge could be a major metro like Los Angeles or the Bay Area. The edge means buildings like CoreSite's center at 55 South Market in San Jose or One Wilshire in Los Angeles.

Thiele said the edge will not be defined by a specific industry. Capabilities also will change by industry and use. The edge will be something different at a large set of oil refineries compared to what people will use in their homes.

He anticipates there to be 120,000 to 150,000 new data centers with one megawatt to 20 kilowatts — the size of a box under a cell tower — in North America and Europe in seven years.

Check out more scenes from DICE West below: 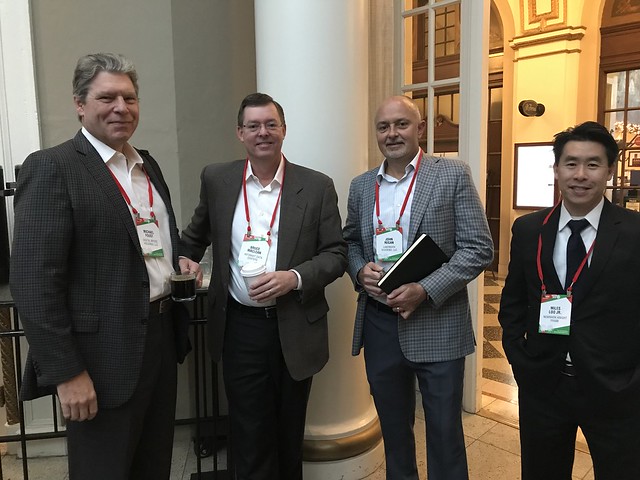