Film and TV production company Blumhouse Productions is reportedly at work on a movie based on the high-profile rise and fall of coworking giant WeWork.

The film will reportedly focus on founder and former CEO Adam Neumann. Blumhouse is reportedly collaborating with Universal Pictures on the film. 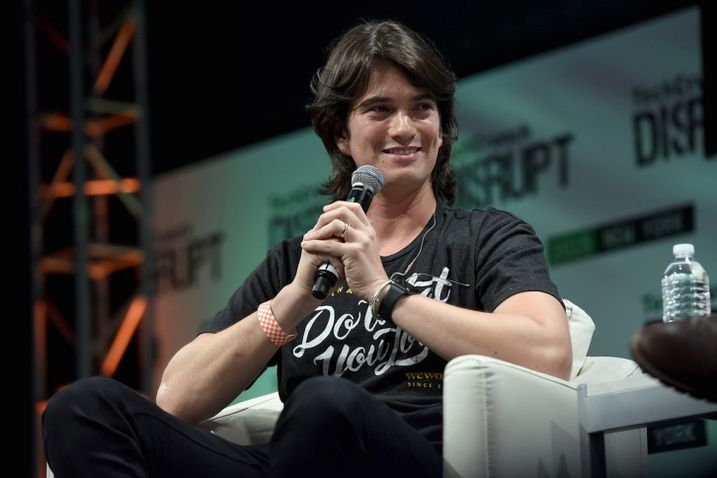 The movie will be at least partly based on reporting by journalist Katrina Brooker, who has contributed to Fast Company and other publications, and whose book on WeWork will be published by W.W. Norton & Co. in the near future, Variety reports.

In recent years, Brooker conducted interviews with Neumann and numerous other sources at WeWork and SoftBank, the Hollywood Reporter reports. SoftBank acquired control of the money-losing coworking company this fall after WeWork and Neumann failed to persuade a skeptical investment community that its proposed IPO was a good idea.

Since then, SoftBank has kicked off a turnaround plan for WeWork that has included layoffs and reports that non-coworking divisions of the company are up for sale.

Blumhouse has tapped screenwriter Charles Randolph to write the WeWork picture. Randolph won an Oscar for the screenplay of The Big Short, a comedy-drama about the housing bubble and the financial crisis it spawned. It was based on a nonfiction book of the same name.

The WeWork movie project isn't related to a documentary in the works about the company. In October, Business Insider said that it is making such a documentary, partnering with the studio Campfire, which was behind Netflix true crime docuseries The Innocent Man.

The timetables for the release of the WeWork feature film and the documentary haven't been finalized, but the public's appetite for such stories has been apparent. Viewers eagerly absorbed a best-selling nonfiction book and HBO documentary about Elizabeth Holmes and her failed blood-testing startup Theranos, as well as separate treatments of the Fyre Festival fiasco made by both Netflix and Hulu.