WeWork Moves Forward With IPO On Nasdaq, Could Drop Valuation As Low As $10B 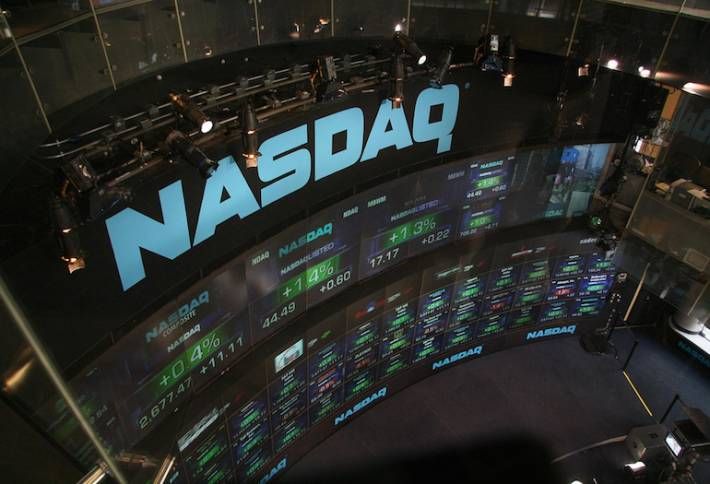 Wikimedia Commons
The Nasdaq stock exchange will soon be where investors can buy and sell shares of The We Company.

Despite reports that WeWork's biggest investor wants to change course, the coworking giant is full speed ahead toward an initial public offering in 2019, even if that means slashing its valuation by up to three-quarters.

The We Company, WeWork's parent, filed an amended prospectus with the Securities and Exchange Commission Friday, disclosing that it has been approved to list on the Nasdaq stock exchange and announcing several changes to the company's governance, aimed at assuaging investor concerns over founder Adam Neumann's outsized influence at the company he runs.

Hours later, Reuters reported that the company could seek a valuation of between $10B and $12B, or possibly 75% less than its current private valuation of $47B. Its lead investor in that funding rounding, SoftBank, has reportedly asked Neumann to consider delaying or calling off the IPO.

The We Company, which will list as WE, plans to appoint a lead independent director by the end of the year, halve the influence of Neumann's high-priority shares, prevent other members of his family from sitting on the board and give the board the ability to remove the CEO.

In addition, Neumann has agreed to give to WeWork all profits he has made from real estate deals in which he is the owner and his company is the tenant. He had previously agreed to give back the $5.9M the company paid him for the "We" trademark, and the company has added a woman to its board, since its initial prospectus named all men to lead the direction of the company. In the latest amendment, The We Company said it intends to add another person to the board who would increase its gender or ethnic diversity within the next year.

What remains to be seen is when the company will actually go public — it earlier said it was targeting September, but that was before the raft of changes the company has made to its listing — and where it targets its valuation. If the company lists for less than $25B, it could force SoftBank to write down its investment. The $47B valuation came from SoftBank's latest funding, which brought its investment to $10B for a 29% stake, Bloomberg reported. A lower valuation would also dilute SoftBank's influence.

A key hangup for many investors after WeWork filed its initial prospectus last month was how much influence Neumann had over the company, and how he has used that influence to line his pockets. He has taken out a $500M line of credit with a group of banks, using his stock as collateral, and sold millions in shares in the year leading up to the prospectus.

His family members have made thousands in different professional capacities with WeWork, and his wife, Rebekah, is the company's chief brand and impact officer. She will no longer serve as one-third of the succession committee, as previously planned in the prospectus, according to the new filing. The entire board would determine Neumann's successor if he dies, becomes incapacitated or is removed.

While Neumann's high-vote stock had its power reduced from 20 votes per share to 10, he will still control over 50% of the voting power of the company. In a previous amendment to the prospectus, Neumann agreed not to sell shares for a year after the offering. In the latest filing, he also agreed to sell not more than 10% of his holdings in each of the second and third year after the IPO.

All these moves might give investors' confidence in WeWork's leadership, but the company is nonetheless losing close to $2B a year for the second straight year, despite growing revenues, and disclosed it doesn't foresee profitability in the near future, nor does it have a concrete plan to achieve profitability.

The We Company's next move is a roadshow for potential investors, which CNBC reported this week could begin as soon as Sept. 16. It remains to be seen if the governance changes are enough to convince investors the loss-making company is worth the risk.