$2.6B Inglewood Stadium Delayed A Year By Record Rainfall

For those anxiously awaiting the completion of the Inglewood NFL stadium, the wait has just gotten longer.

Builders broke ground on the stadium that will become the home of the Los Angeles Rams and Los Angeles Chargers in November, but developers said record rainfall has delayed opening day almost a full year. 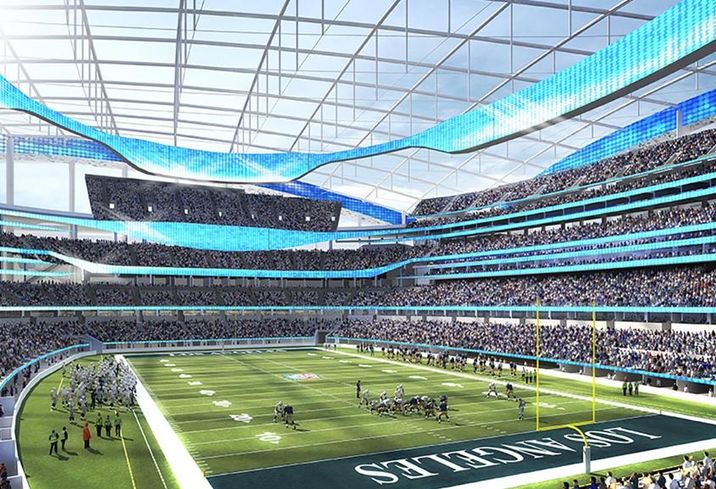 Originally expected to open in 2019, the Inglewood stadium is now set to open its doors at the beginning of the 2020 NFL season, the Los Angeles Times reports. The $2.6B stadium was selected to host Super Bowl LV in February 2021, but now it is uncertain whether that is possible since NFL rules do not currently allow a stadium to host the Super Bowl in its inaugural season.

Developers said rain fell at a critical stage of construction and turned the excavation hole into a lake between 12 and 15 feet deep. The 70,240-seat stadium is planned as the centerpiece of Rams owner Stan Kroenke’s 298-acre entertainment district, which will include a 300-room hotel, a performance venue and retail and office space.

The Rams will continue to play their home games at the USC Coliseum in 2019, while the Chargers will play at AEG’s StubHub Center in Carson.

The extra time will also be used for a variety of factors, including the fact that accommodating both teams does not allow for scheduling flexibility, according to developers.