Infrastructure P3s: Not All They're Cracked Up To Be

During his tenure as commissioner with the Texas Department of Transportation, Ted Houghton oversaw the rollout of $20B of road work. Private companies helped foot the bill in some of them. These public-private partnerships — P3s — seemed like a dream come true.

One project burst the bubble. The private operator behind a $1B highway partnership went bankrupt, making Houghton realize involving the private sector in a public project is not a panacea to the nation’s infrastructure issue.

“I don’t think one size fits all,” Houghton said. 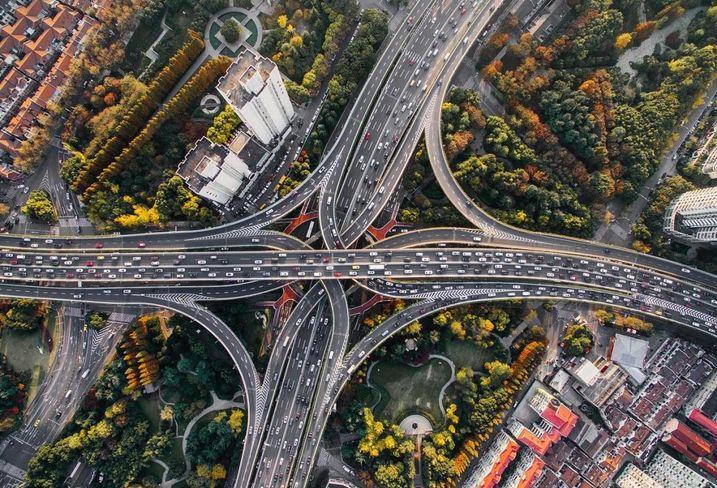 When President Donald Trump announced his plan to fix the nation’s infrastructure, he decided P3s were the magical solution. The president has said he will use P3s to turn $200B of public dollars into $1 trillion of investment, building up infrastructure without emptying public coffers.

Trump has been a vocal fan of P3 arrangements, which pair public entities with private investors, to create new infrastructure projects. Finding capital is easy when governments use private money, Trump said: Someone else will pay for it.

P3s typically are presented as innovative, cost-saving and a way for municipalities to get the latest and greatest infrastructure without cutting corners. Often, that is indeed the case. But examples are stacking up around the country that cities and states are jumping into partnerships too fast, inviting hardships that come with handing over control to someone else.

Everything Comes With A Cost

Our aging roads, bridges and transit are rapidly deteriorating; in 2017, the American Society of Civil Engineers scored the United States’ infrastructure a D+ on its annual report card.

Public resources are stretched thin, increasingly pushing the U.S. toward P3s to improve and build new infrastructure. In 2004, P3s were responsible for $1.4B of infrastructure, according to a report by AIG. By 2009, that number rose to $6.7B. AIG projects some $15B in projects will be underway in 2018. More than 20 states are using P3s for major infrastructure projects, according to a PwC report, including a nearly $4B project at New York’s LaGuardia airport to redevelop and operate Terminal B. 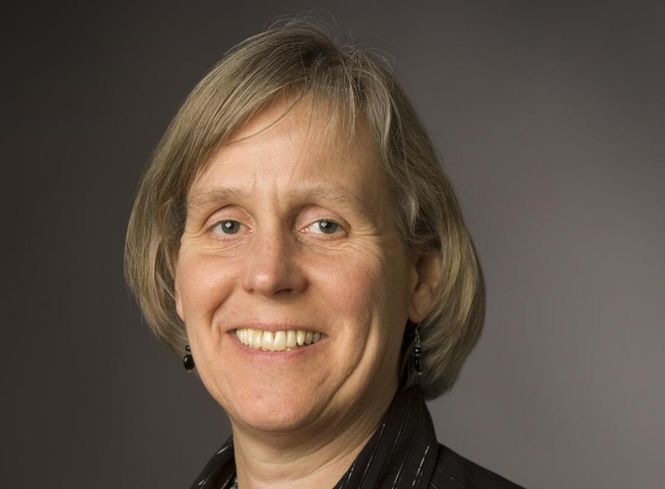 P3s offer flexibility to a city, state or federal entity that may want to farm out parts of major infrastructure investments. They can close a funding hole. They can provide expertise.

“Public financing is always cheaper because we have the municipal bond market,” Warner said. Even cities with bad credit ratings can, by and large, get better credit terms on a bond than private companies.

But P3s can make things messy: When a project doesn’t go as planned, private companies and governmental entities can end up pointing fingers at each other when it comes time to pay the bill.

“The first thing that’s really important to remember is that everything costs money,” In The Public Interest Executive Director Donald Cohen said. “If you want to build a road or bridge or water system, you actually have to pay for it. The problem is not finding the money to build things — the problem is paying it back.”

Cohen’s company, In The Public Interest, is a nonprofit research and policy center on privatization and contracting. When companies offer up private funding for a public project, they are often expecting a higher rate of return on their investment, he said.

Individual citizens, ultimately, are paying the bills, Cohen said. “There’s only one source of infrastructure money in America: That’s you and me. That’s either through taxes, tolls or fees,” he said. When private companies are getting better rates of returns, the profits go to a private company instead of to a public everyone.  “Why do we give them 10% rate of return when we could give them 3%? Things cost money — that money comes from us.”

Money is not the only factor; P3s also involve sharing or giving away control. They often include noncompete clauses, such as prohibiting governments from upgrading surrounding roads so that drivers won’t have the choice between a P3-funded road — which often collect tolls — and an upgraded public road. Additionally, compensation clauses require governments to pay the private companies if upgrades are done.

“P3 proponents say ‘cheaper, better, faster,’” Cohen said. “It may be a little faster, depending on how the money is raised. But cheaper? We ask: ‘What are you going to spend less money on?’ And better: Maybe private companies have innovative ideas and can do things better — well, let’s just hire them. But don’t give it to them for 70 years.” 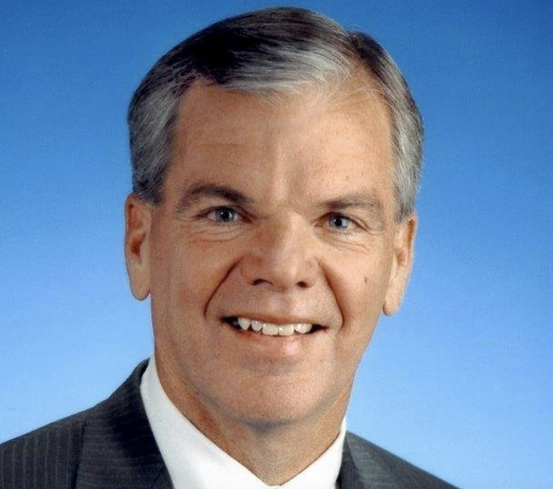 P3s aren't a financial slam dunk. The federal highway department analyzed 28 P3 highway projects between 1992 and 2016 — four fell into bankruptcy, and another five had to refinance existing debt and in some cases even extend the amount of time the private companies received funding or tolls to justify costs.

For Texas and Houghton, the P3 magic soured when it came to a 40-mile stretch of highway called Pickle Parkway (or more officially, Texas State Route 130) that connects Interstate 35 in San Antonio to Georgetown, north of Austin. The highway was built with a $1B joint venture between Cintra and Zachry American Infrastructure, which footed the bill and in return would collect tolls on stretches of the highway for 50 years.

In 2016, though, that JV filed for bankruptcy. Traffic use on the toll road segment of SH 130 was 60% below the private company’s expectations, and the two parties lost their $210M investment, according to a 2016 U.S. Department of Transportation report.

“I think most of us know that project was flawed from the beginning,” Houghton said. “Just some bad decisions were made in the location of that southern piece.”

While the road remains open, the toll funds are going to the joint venture’s creditors, parked with them for the duration of the original lease agreement, or at least until the bankruptcy is resolved. Neither the public nor the private entity behind it is making a dime.

During a time of recession and desperate measures, Chicago sold all of its parking meters to a private company — for $1B less than they were worth — after thinking about it for four days and without involving the public.

In late 2008, Mayor Richard Daley came in on a Tuesday with a proposal via a press conference: a consortium of Morgan Stanley, a sovereign wealth fund from the Middle East and a national parking company offered $1.2B upfront in exchange for control of the city’s 36,000 parking meters for 75 years.

“This is 2009, and cities are having a hard time because it’s the worst of the recession,” In the Public Interest’s Cohen said.

Two days later, City Council met to vote on the deal, with many members complaining they had not had enough time to scrutinize the proposal. Despite this concern, members voted to accept the deal. City leaders later realized they got taken by about $1B, Cohen said. If the city decides to eliminate parking spots in the future, it has to purchase them back. That can include temporarily, such as for weekend street festivals, or permanently to create mass transit or bike lanes.

Cohen called the arrangement unbelievably stupid. “Everyone in the country hates this deal,” he said. “Who knows if we’re going to be driving in 70 years? We’ve basically contractually obligated the public, the city, into keeping them whole for this contract.”

Drivers protested the deal by parking on side streets. Parking rates went up, and the meters couldn’t handle the additional quarters required, so drivers were ticketed. Meters were vandalized, and the city sent workers out to pay for them to be fixed, although it should have been the role of the private company, the Chicago Reader reported.

Despite all this, nothing can be done to change the deal the city made, and the future of urban planning in the city has been impacted as a result.

“As urban planners, we like things like bike lanes. But when the city puts in a bike lane but displaces a parking meter, it has to pay for that. So it forgoes things that are better for the environment,” College of Urban Planning and Public Affairs Professor, Director of Graduate Studies Urban Planning and Policy Rachel Weber said. “I hear from urban planning, they’ll hit a wall. They’ll think they’ve got everyone in the room involved in the transportation plan [but] they don’t own the rights to these formerly public spaces. It just ties their hands.”

“We believe that’s an assault on democracy,” Cohen said. “That limits our ability to make decisions.” 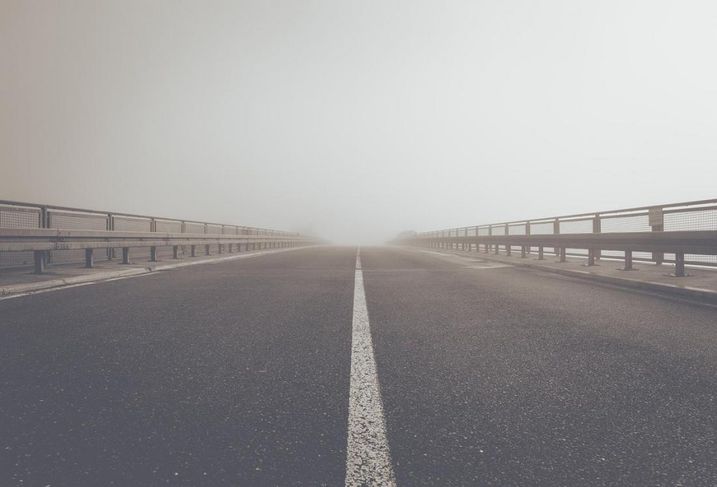 Since 2009, about half of new P3s have used “availability payments,” which are regular payments made from the government to the private consortium once a piece of infrastructure is available for use, according to a report from In The Public Interest.

In an availability P3, the private consortium often designs, builds and finances construction, then operates and maintains the asset for the life of the contract. Typically this is around 30 years or longer.

The governmental entity may provide payments during construction and then annual availability payments upon completion.

Traditional P3s use a revenue stream, including tolls, to pay back a private debt. Availability payment P3s can allow for infrastructure with no revenue stream to be built.

“Bottom line, the contracts lock in government budgets for decades — it's a risk,” Cohen said.

If user fee revenue falls below a certain level, some P3s require the government to pay the private partner, as an insurance of sorts. If the forecast is more optimistic than the demand, trouble will lie ahead.

“Some sharing of the demand risk between the private partner and taxpayers is a good thing in theory, but the challenge in practice is finding the right balance,” Kellogg School of Management at Northwestern University IBM Professor of Regulation & Competitive Practices professor David Besanko said.

“That restricts it to a very small group of cities that can take advantage of P3s,” Houghton said. “So what happens to the rest of the state or the rest of the country in the non-urban areas?”

Houghton saw that risk materialize firsthand when it came to the Texas project.

“We knew at the time … that the project was just wildly expensive, and we didn’t have the money to do it, but the private sector said they would,” Houghton said. “Most of the roads, by a long shot, don’t have enough revenue to sustain the debt and maintenance. The developer miscalculated.” 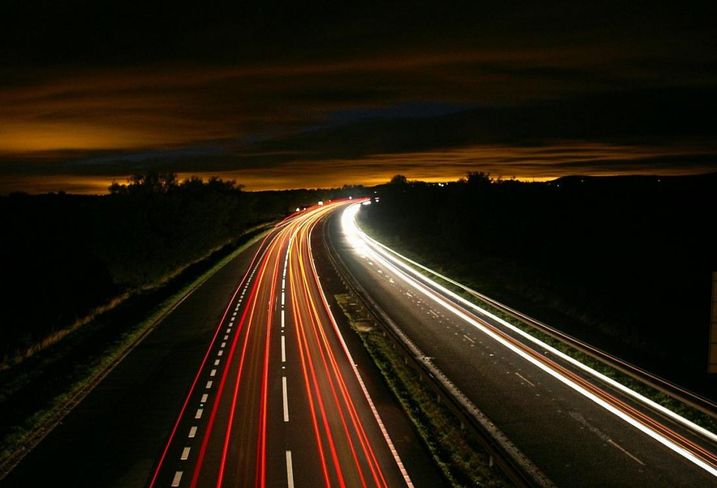 In a 2016 report, the U.S. Department of Transportation indicated that there may be some problems rounding up interest from private parties to join P3s.

“Private sector developers appear to have little to no appetite for participating in other greenfield highway concessions unless their public sector project sponsors fund a significant portion of their cost,” officials said in the report.

Even Trump himself has seemed to back off the strategy, telling the Wall Street Journal that P3s are “more trouble than they’re worth.”

Still, he hasn't announced an alternate plan, leaving the P3-heavy plan in place, and it, colliding with his tax cuts, might pull private companies out of the infrastructure game and put the burden of these projects back more on governmental shoulders.

“So, I think that’s going to create a little bit of a headwind — how much of one I don't know for sure, it's hard to tell; it might not be much — but I think it will create a headwind to publicly finance infrastructure projects,” Besanko said. “There’s nothing in the Trump infrastructure plan that really is working to provide additional positive incentives for a more private capital.”