FEMA Spending Billions Rebuilding The Past, Not Preparing For The Future

The Federal Emergency Management Agency is a huge source of financial support for states, cities and towns rebuilding their public buildings after natural disasters. But research shows as those disasters become more frequent, little is being done to ensure such rebuilds reflect the changing reality. 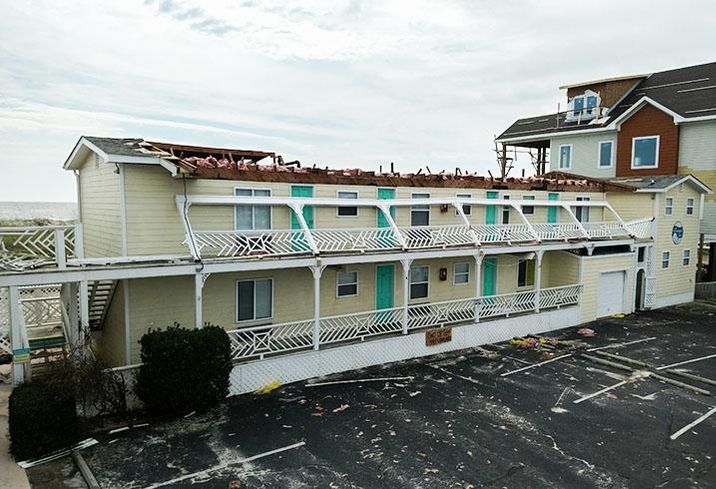 FEMA has handed out over $81B to state and local governments since 1992 through its public assistance program, but has very little say over what those governments do with that money, the New York Times reports. Those in charge of spending the money, whether city officials, state programs or local law enforcement, have reportedly done so to rebuild in the same places in more expensive ways, leading to a cycle of repair with little progress toward preventing more damage.

Thanks to Hurricane Katrina, Louisiana has been the biggest recipient of federal recovery dollars. Due to its low elevation and the vastness of the Mississippi Delta, it is also one of the states that stands to be hit the hardest by rising sea levels because of climate change. Local officials have spent hundreds of millions of dollars rebuilding facilities destroyed by Katrina in the same places, spending more to reinforce those structures even as the land they are built on faces greater immediate peril, the Times reports.

Louisiana has taken some historic preventive measures, such as relocating a town to territory purchased farther inland, but pressure from the federal government to build responsibly is scarce. President Donald Trump rolled back regulations requiring federally funded projects to incorporate climate change science in the planning process.

The private sector seems to be more aware of the risks involved with continuing to build in areas threatened by climate change, as Moody's has announced it would consider environmental concerns in evaluating state and local credit ratings. As the Trump administration systematically strips references to climate change from federal documents and guidelines, the Times reports that the country was hit by the most devastating year on record in 2017 in terms of property damage due to climate events.

The operator of Lakefront Airport in Southern Louisiana echoed popular frustration when, after an opulent renovation to the terminal building cost upward of $68M in federal dollars, it was denied additional funding to shore up flood protections.