Miami Streets Could Flood Every Day By 2070, But Businesses Will Adjust, Local Experts Say

A recently released federal report says that even by conservative estimates, Miami will experience increased daily flooding by the end of the century. Area businesses are keeping an eye on future sea level rise, but some experts that spoke to Bisnow say there is no need to panic. 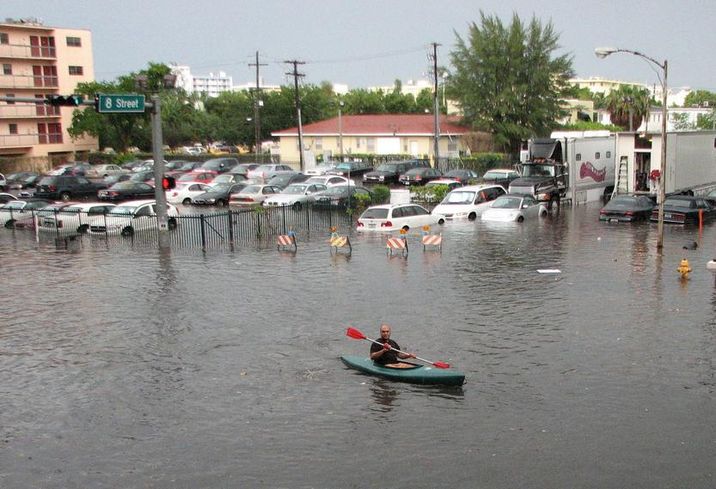 "Miami is going to be a great place 50 years from now, just a lot different," said Steve Cronig, partner at law firm Hinshaw & Culbertson and co-founder of a climate change group at the practice.

A National Oceanic and Atmospheric Administration report released in February said that "high tide flood frequencies will — or continue to — undergo an accelerated increase," with daily flooding by the end of the century, according to intermediate scenarios. Even following the less extreme current rate of about 3 millimeters per year, Miami will experience high tide flooding about 60 days per year by 2100.

"This is a huge issue for businesses," Cronig said. "The government is changing environmental laws. There are court cases every week. Our clients look to us for current advice on how to deal with what's coming."

He said the group already has about 30 to 40 clients that fall into two camps: existing property owners who want to insulate their holdings for the future and development clients looking at the event horizon for the viability of new buildings.

They ask, "Should we build the entrance 30 feet in the air because that's where the road is going to be? Is there going to be water and sewage service? All those things that real estate developers keep in mind when beginning new projects," Cronig said. "There's a five-year ramp-up for most new buildings."

Cronig's clients are scattered around the country, even in places worried about drought, rather than floods, caused by climate change.

Those dire effects are still 20 to 50 years away, said JAG Insurance Group Managing Partner Doug Jones, whose commercial property and casualty firm is based in Miami. He said people worry that insurers will stop writing flood insurance policies — but, in fact, the opposite is true.

Although most property owners purchase flood insurance through the National Flood Insurance Program, as rates have gone up, more private insurers are seeing opportunity and coming to the market.

Jones said that many insurance brokers aren't aware of private insurance options but "we write policies with the private market all the time, and it's not just inland properties," Jones said. "It's big houses on the water, $100M condo buildings. I can't even tell you that I've ever gone to a private flood carrier and they said, 'No, I don't want to give you a quote.'"

Policies, he said, are only for 365 days — so insurers hold relatively little risk, and have a long way to go before they stop writing them. As more companies offer flood insurance, risk from a storm will be spread among them, Jones said. The industry will be healthier and rates more competitive.

He predicts that in the future, the types of policies offered may change. For instance, currently limits are for $250K for residential properties and $500K for commercial. Those limits could be increased to cover total losses on properties. Companies might start offering business interruption insurance, which is not usually offered for floods.

The price may not be as low as hoped for, Jones said, "but the eagerness to write it is absolutely there. Even in low-lying coastal areas, you can always buy a policy."