As coronavirus cases surge in states like Texas, Florida and California, some phased reopenings are stalling or even being reversed, leaving businesses and property owners uncertain about their future viability. 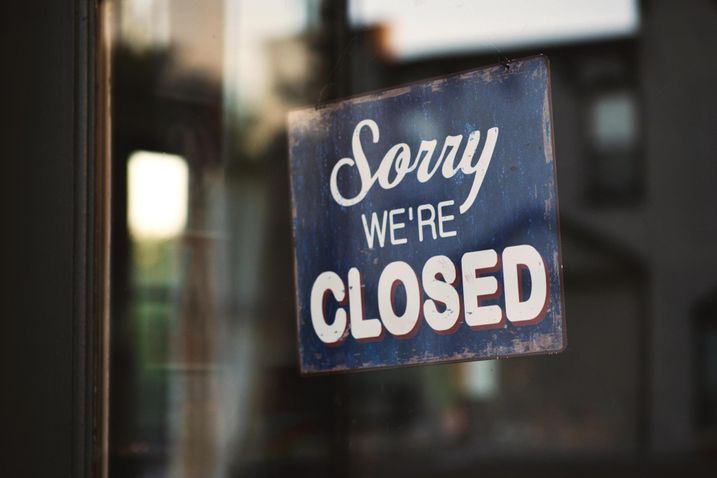 Cases have spiked in several regions that reopened their economies relatively quickly. After beginning reopenings in May, Florida and Texas are seeing positive COVID-19 cases skyrocket. In response, both states have reversed course, officially re-closing bars late last week and bringing both states back into earlier phases of their reopening processes.

Parts of California have also seen a rising number of coronavirus cases, leading several counties across the state to pause or delay anticipated reopening milestones. San Francisco, for instance, scratched plans to reopen higher-risk businesses like hair salons this week just days after announcing an acceleration of plans, citing rising coronavirus case counts as reason for the new delay.

On Sunday, California Gov. Gavin Newsom ordered seven counties in the state to close their bars; the state is joined by Texas, Florida and Arizona in reversing reopening plans to date.

Business leaders in states seeing increasing cases re-emerge say the trend is backward momentum that will spark lost revenue, and that additional closing and reopening costs will be the downfall of even more businesses.

Francesco Covucci, owner of Il Casaro Pizzeria, a restaurant with two San Francisco locations, said he has made it through the public health crisis by pivoting heavily to pickup and delivery orders and then offering outdoor dining when the city allowed it in mid-June.

A reopening reversal in some states could decimate the city's restaurant industry, putting many more establishments in S.F. out of business, he said. Golden Gate Restaurant Association Executive Director Laurie Thomas has already said S.F. could lose half its restaurants because of the pandemic

"If we were to come back to takeout-only business, it would create a big economic impact," Covucci said.

Between both S.F. locations, Il Casaro Pizzeria is down to about 20 employees from its total of about 50 before the pandemic, according to Covucci, who said two employees' primary responsibility is ensuring its compliance with county health guidelines.

Businesses in Santa Clara County, one of eight additional California counties that received recommendations from Newsom Sunday to close bars, have had their outlooks dampened by rising case counts and a slowed reopening.

"Three weeks ago, everybody was excited that things were going to open up and return back to normal," Silicon Valley Central Chamber of Commerce interim CEO Christian Pellecchia said. "All of a sudden, three weeks later, it's a much darker outlook. We know now that the summer will not make this go away."

"The risk that [retailers] run is that after finding a way to reopen, you end up having an uptick in cases and then things close down again," he said. "And all the work they did, and the return on the investment they made in reopening, ends up being zero or deferred."

"We said, 'We'll talk about it later,' and that later is now," he said. "And that's, unfortunately, kind of coinciding with regulations being put back in place."

Pipeline has extended mostly rent deferment rather than abatement in the hopes that sustains both sides through the crisis.

"A lot of them are nervous," he said. "While the relief that we can provide does help them because we're handling this primarily through a deferral process, it's creating a payable, a liability on their books that they're losing sleep over."

For the company's office portfolio, a reopening slowdown or reversal wouldn't be quite as stressful for Pipeline Realty, Rubenstein said, because of its investments in sanitizing stations and touch-free technology it has already made at its properties.

"We don't have to go to that expense again," he said. "All that is still in place, and we anticipate it will stay in place for the foreseeable future."

On the retail and dining front, backlash to re-closings was swift this week. On Monday, a group of bars filed a lawsuit against Texas Gov. Greg Abbott's latest emergency order.

Further hits to restaurants would exacerbate the devastation already leveled on the industry. Between March and May, U.S. restaurants lost over $120B in revenue and were forced to lay off more than 8 million people, according to the National Restaurant Association.

In S.F., Covucci said he would like to see a task force set up to ensure all of its restaurants are compliant with the latest health orders; that way the city's phased reopening continues to go forward. The National Restaurant Association has taken a similar position in the hopes reopenings proceed around the country.

"Many restaurants have paid extraordinary expenses to reopen — and are on very thin ice financially after months of piling debt and limited revenue," it said in a statement. "We want to be able to continue serving our communities, and that means that we all have a responsibility to acclimate to the new normal of wearing masks, washing our hands and social distancing."