The crazed holiday travel season is upon us. And these blockbuster transit center developments either nearing completion or recently put in use may just ease the burden in years to come.

East Side Access at Grand Central, New York
This monumental extension of Manhattan's world famous Grand Central Terminal started collecting funds back in the Clinton era. Since then, the budget for tunnels, infrastructure and a new 350K SF concourse has swelled to nearly $11B from an initial $2.2B price tag. And the completion date has now been delayed from 2019 to 2023. But the result, whenever it gets here, could transform the Midtown East business district by for the first time bringing 160,000 Long Island Rail Road costumers to GCT, sparing them the extra travel time to (and general indignity of) Penn Station on the west side.

The Silver Line, Washington DC
Over the summer DC's Metrorail, America's second busiest rapid transit system, expanded by 10% with the debut of the $6.8B Silver Line, which brings riders to five news stops (including McLean and Tyson's Corner) along the pulsing Dulles Corridor. And that's just the first phase, with future installments to include connections to Dulles International Airport.

Transbay Center, San Francisco
With its origins in the 1989 Loma Prieta earthquake, which badly damaged the old Transbay Terminal, this project is currently scheduled for completion in 2017. The $4.5B development should allow seamless transitions between BART, Caltrain, Greyhound and other public transit options. But more exciting is its future as a hub for California's planned bullet train, which will zip between SF and LA in under three hours. No wonder Bay Area officials have christened Transbay the "Grand Central of the West."

World Trade Center Transportation Hub, New York
Recently completed after a decade in the making, architect Santiago Calatrava's showstopper also drew comparisons to that other Manhattan rail hub just uptown. And it gained notoriety for running perilously over schedule and budget—to $4B, almost double early projections. Its soaring, avian wings as envisioned by Calatrava were snipped a bit for structural reasons. But when it opens next year it should still provide a striking gateway to commuters on the terminally unglamorous PATH train...and lure shoppers to its Oculus retail center.

Miami Intermodal Center
The $2B MIC is the third in a recent trio of Miami infrastructure projects (the others were a tunnel and reversible toll lanes on I-95). It eases public transit options in car-centric south Florida by bringing Amtrak, the commuter Tri-Rail line, the elevated Metrorail and, yes, car rental sites under one big roof just east of Miami International Airport. The project was primed for completion this fall, but the $92M Central Station component, Miami-Dade's first "all-inclusive" transportation nexus, has hit stubborn delays.

O'Hare Transit Hub, Chicago
Due in 2016, this $884M hub will greatly improve Metra commuter rail access from the world's fifth busiest airport to downtown's West Loop. Windy City Mayor Rahm Emanuel last year successfully lobbied for $288 in federal funding for the project, which will also vastly improve O'Hare's parking and rental car situations. The intermodal hub is part of an $8B O'Hare improvement plan, which has already produced a new runway.

Workers burrow under Grand Central on the East Side Access site. 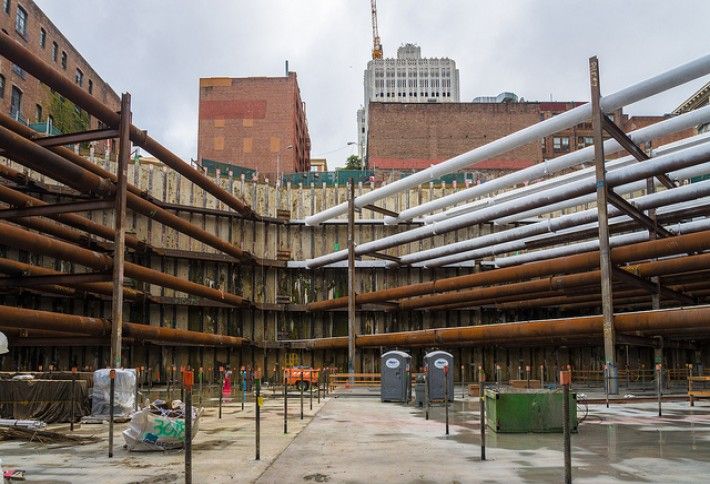 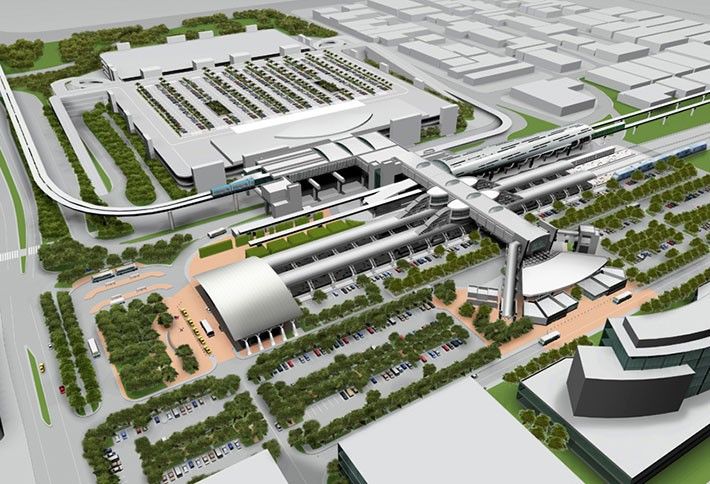 A rendering of Miami Central Station.