With $6 Trillion In Potential Investment On The Line, Opportunity Zones Begin To Take Shape

Thousands of communities across the U.S. will soon have built-in incentives for investors to put money into their real estate and businesses thanks to the new Opportunity Zone federal program. Where those zones will be is beginning to come into focus. 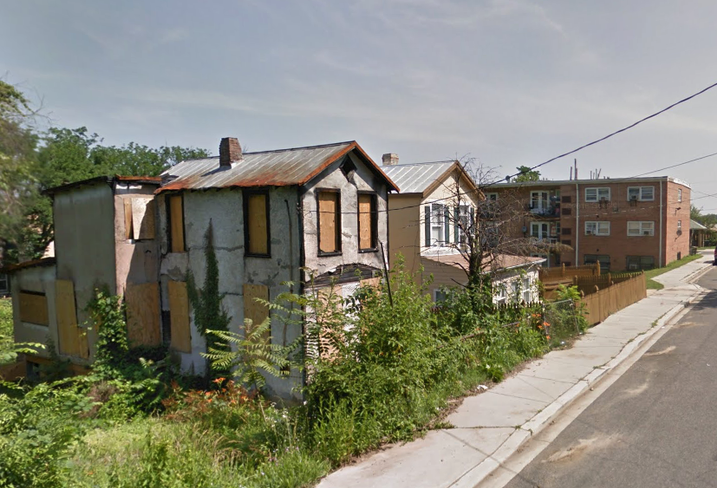 The extended deadline for states and territories to nominate census tracts as Opportunity Zones passed Friday, and as jurisdictions release their selections, distinct patterns are beginning to emerge around how states went about choosing zones and what areas were ultimately selected.

How Did We Get Here?

The Opportunity Zones tax incentive was included in the Tax Cuts and Jobs Act President Donald Trump signed into law in December. But the idea stems from a 2015 white paper from the Economic Innovation Group, a D.C.-based think tank that is now working closely with states to help implement the program.

"We were looking for a way to connect private investors with needs in struggling communities across the country," EIG co-founder and CEO Steve Glickman told Bisnow. "You had a map emerging of two Americas after the recession where you have some communities doing as well as before and a number that never recovered. And the problem was only getting worse."

The law gives tax benefits to investors that place unrealized capital gains into Opportunity Funds, which then invest in Opportunity Zones, a host of census tracts local governments decide have the most need and can best support the investment.

EIG's analysis shows there are more than $6 trillion in unrealized capital gains in the economy, between individual and corporate investors, that could potentially be deployed into Opportunity Zones.

States and territories were given an initial deadline of March 21 to nominate their Opportunity Zones, with the option for a 30-day extension. That 30-day extension deadline was Friday, and Glickman said he believes all 50 states and the District of Columbia have submitted their nominations, even if they have not all been made public.

With a small window of time and no specific process given for how states should select their Opportunity Zones, local governments undertook a wide range of methods with varying levels of public engagement. 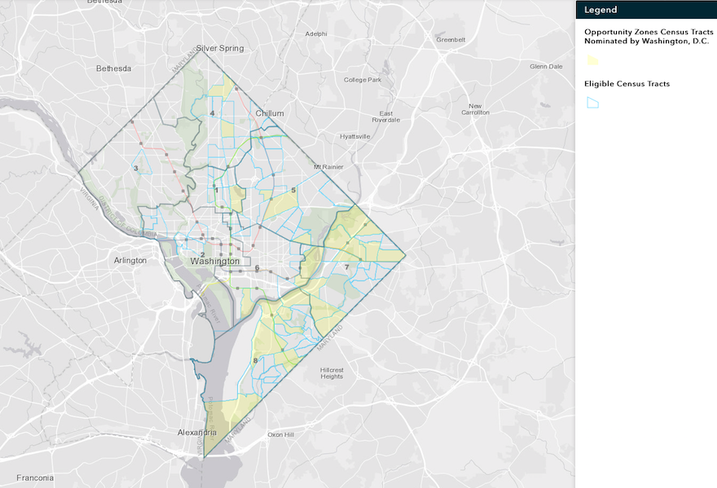 Some states such as Colorado, Virginia and Mississippi took the lead early on in engaging the public and having a completely open and democratic process, according to Enterprise Community Partners Impact Investing Director Rachel Reilly, who has been closely following the process.

Other states such as Georgia and Maryland had a closed process, she said, keeping their cards close to the vest and giving the public little information about how they made their selections.

"Some governors saw this as fraught with political risk, and so there was a sentiment around trying to designate some of the tracts and feeling like they're picking winners and losers," Reilly said.

A handful of local governments approached the selection with what Reilly calls a hybrid process, making their own initial designations and then taking public input. Washington, D.C., for example, completed its own initial analysis, selecting 18 core tracts that best fit the Opportunity Zone description, then sorted the remaining eligible tracts into three thematic clusters.

D.C. then put out a public survey to get a sense of where priorities were, and the majority of the 385 respondents picked the cluster with census tracts east of the Anacostia River, a relatively low-income part of the District. Economic development officials then spoke with local neighborhood leaders and council members, combining all of the public input with their own analysis of important factors before selecting 25 census tracts to designate.

"We knew we were on a tight deadline so we wanted to strike the right balance of working quickly to meet the deadline and getting a solid amount of public input to inform the process," said Sharon Carney, economic strategy director for D.C.'s Office of the Deputy Mayor for Planning and Economic Development.

What Zones Were Selected?

D.C. ended up weighting its nominations heavily toward the lowest-income areas, and it was not alone. Initial analyses have found that states and territories with publicly announced Opportunity Zones largely prioritized the most distressed communities. 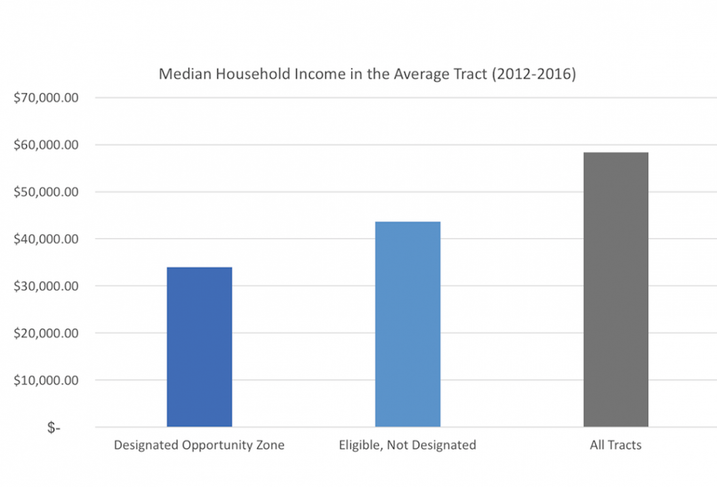 Enterprise Community Partners analyzed the 4,831 designated tracts that have been publicly announced across 20 states and four territories, and found that they skew toward lower-income census tracts.

EIG's analysis also shows the designated tracts are largely in the most distressed communities, which Glickman said proves local governments understand the mission behind the program.

"The intent of this program was to get capital and investment flows to places that were cut off," said Glickman, a former Obama administration official. "Predominately, we see that happening."

But states could not just choose the most distressed communities, Reilly said. They had to find a balance between areas with need and areas into which investors would be willing to put money.

"The money that will be made available is market-driven equity capital," Reilly said. "Private equity is going to demand market-rate returns, so I don't know what the risk tolerance is going to be."

With that in mind, she said local governments should designate areas where they are already making investments and have additional programs that can complement the Opportunity Zone incentives, giving investors more confidence in the area.

But if their selections swing too far in the direction of areas with an existing foundation of investment, states could risk reducing the impact of the program, some experts argue. Brookings Institution Senior Fellow Adam Looney said in a February report that there is a risk of the Opportunity Zone incentives becoming nothing more than tax breaks for developers already planning investments if states choose areas that are experiencing gentrification.

But in Looney's initial analysis of the publicly announced designations, he has found that states have largely chosen deeply impoverished places rather than up-and-coming neighborhoods, allowing the incentives to help spur growth in places that most need investment. 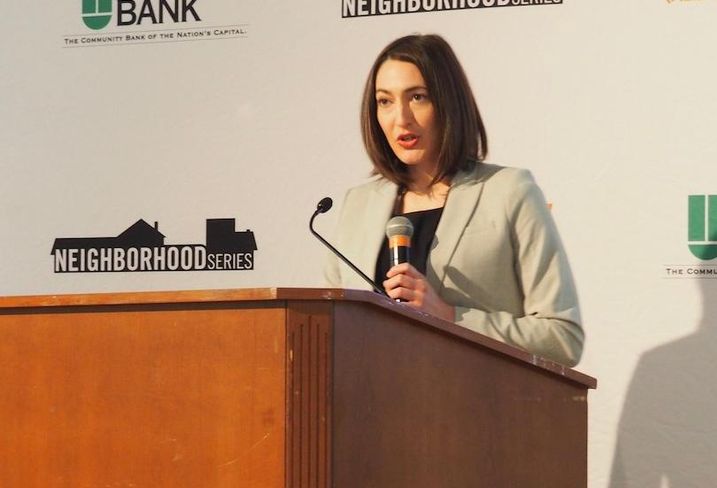 In the public feedback D.C. received, Carney said some residents saw Opportunity Zone designations as a potential catalyst for displacement. She said D.C. looked closely at commercial investment already in the pipeline for some neighborhoods and tried to be cautious about choosing areas that were already experiencing socio-economic change.

"You don't want the program to be just a tax break, and you don't want to incentivize something that would otherwise already happen," Carney said. "So we tried to think proactively about what areas were exhibiting high need and had adequate investment opportunities and tried to find a balance."

When Will Communities Feel An Impact?

Now that the Opportunity Zone nomination deadline has passed, the law gives the U.S. Treasury Department 30 days to certify the designated census tracts. Then, the Treasury must lay out the rules for how funds can be set up and deploy capital to Opportunity Zones before the investment can begin.

Once the program is off and running, Glickman said EIG will focus on outreach to investors to educate them about how to best utilize Opportunity Zones. He said the organization is working to form a coalition of interested investors, with nearly 50 already on board. With a $6 trillion pool of money to work from, he said it has the potential to be the largest economic development program in the U.S., if it is done right.

"The program only works if investors are willing to make bets in communities, and it's going to require a whole new industry and asset class built around it," Glickman said. "You don't usually have fund managers doing low-income community investing, so it's going to be an ongoing process of building capacity with investors over the next couple of years."

To take advantage of the tax incentive, the law requires reinvestment of capital gains within 180 days of a sale or exchange. The temporary program only applies to gains made before Dec. 31, 2026, and the earlier people invest, the more benefits they can capture, so Reilly expects investors will start setting up funds soon.

"Investors will have to time it well and read the tea leaves if they're hoping to take advantage immediately," Reilly said. "You will see some early adopters."

Glickman also expects to see some early movers, and he believes more risk-averse investors will jump into the program over time as it becomes better understood. Carney expects funds to begin forming in early 2019, with investments being made as the year progresses.

"I think there will be some short-term activity piping up in 2019, and that’s probably where we have an opportunity to shape a lot of it in partnership with the investment community and residents," Carney said. "Over time it will hopefully accrue to a broader set of stakeholders."