From Billion-Dollar Businesses To Languishing In Jail: Where Are The Executives At The Center Of The Financial Crisis Today?

A lot of water has passed under the bridge since the collapse of Lehman Brothers 10 years ago.

For some of the people at the epicenter of the Lehman crisis, the passage of time has been kind, and they are running highly successful businesses, having put the downturn in financial and real estate markets behind them.

For others the picture is less rosy: Some never re-entered the industry, some have gone nearly broke and some are even serving time in jail.

Perhaps it says something about the American love of a comeback story that many of the U.S. players hit hardest by the downturn are today back in business and flourishing, while in Europe they remain out of the game. 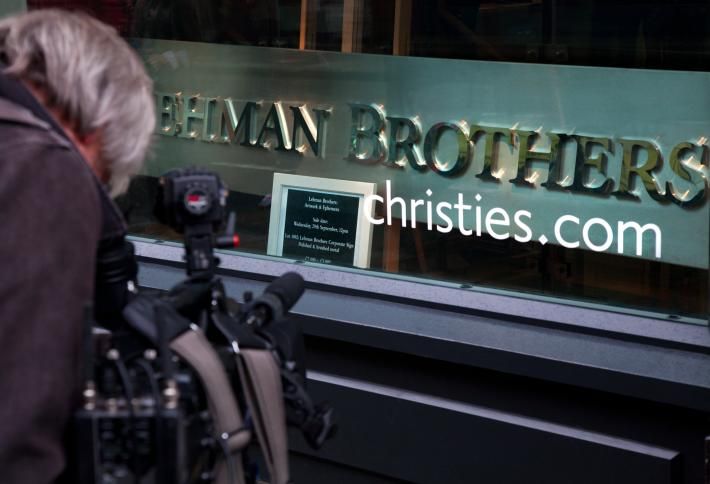 Mark Walsh was the head of Lehman Brothers’ real estate division when the bank collapsed in September 2008, leading its investment and lending strategies, including overseeing more than $300B of real estate lending.

In 2010 after leaving Lehman he co-founded Silverpeak, an investment firm that started out buying real estate but today also buys energy assets and debt in other sectors. It got its start managing three of the legacy real estate funds set up by Lehman, which combined once owned $15B of assets. Recent transactions include investing in Niido Powered by Airbnb, the multifamily development programme building apartments specifically for Airbnb.

Newman was Bossung’s real estate private equity co-head, running the European side of the business. Newman also set up his own business after leaving Lehman, Broadcliff Capital Partners, but in 2014 moved on to become head of Asian real estate for opportunity fund giant Lone Star. His division has made some large investments in India in particular. 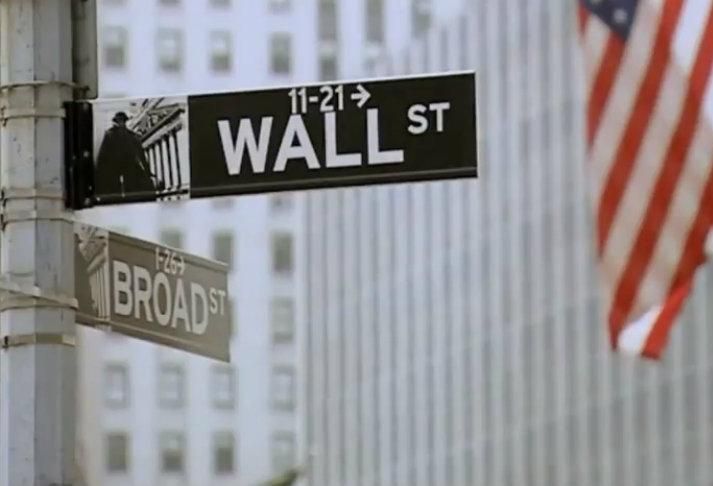 At Morgan Stanley, the firm’s MSREF funds made investments in sectors like German offices and U.S. hotels with high levels of leverage, and returns were negatively affected by the subsequent drop in pricing.

John Carrafiel and Sonny Kalsi jointly ran the real estate investing business during the preceding boom and left the company in 2009. In 2010 they founded GreenOak Real Estate, their own global real estate private equity fund manager, alongside former Morgan Stanley Asia Director Fred Schmidt. The business has been highly successful, raising more than $6B of equity to invest in the U.S., Europe and Asia.

Like Morgan Stanley, Goldman’s Whitehall funds were big casualties of the crisis, with highly leveraged investments in U.S. casinos causing particular bother. The heads of the investment division during the boom and subsequent bust were Ed Siskind and Todd Williams. In 2013 it was announced they were both retiring, and while Williams does indeed appear to have stayed retired, in 2014 Siskind set up a new European investment business called Cale Street Partners, backed by up to $1.5B from the Kuwait Investment Authority. The firm has been relatively low profile since a joint venture to buy a $1.1B European office portfolio in 2015.

Six months before the bankruptcy of Lehman, the collapse of Bear Stears, subsequently bought by JP Morgan, was a pretty clear canary in the coal mine about how precarious the balance sheets of Wall Street investment banks were. Bear Stearn’s head of real estate, Tom Flexner, moved to Citi as global head of real estate a month after Bear’s failure, where he remains today. 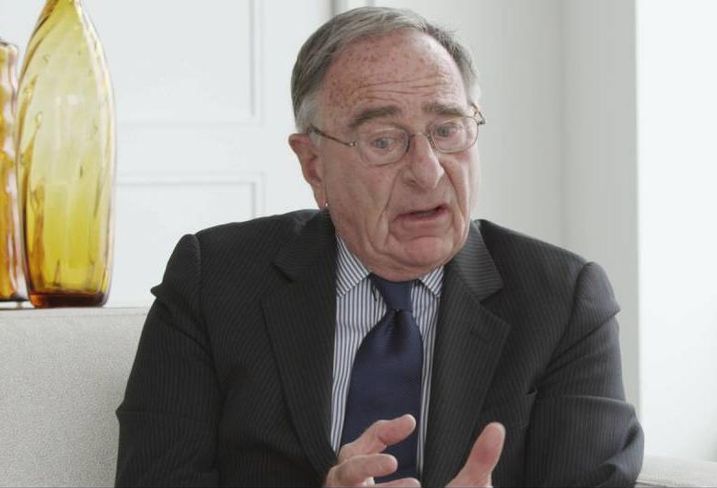 New York real estate grandee Harry Macklowe was at the center of one of the biggest foreclosures of the downturn, when in 2008 Deutsche Bank took back control of seven buildings he bought from Blackstone for $7B.

Last year Macklowe’s finances came under the spotlight during the octogenarian’s divorce case. He claimed that his real estate holdings were worth just $23M. His wife, Linda, pointed out that a year earlier he had told banks they were worth nearly $550M, a figure which includes his stake in residential skyscraper 432 Park Ave.

Macklowe is still in the game, and earlier this summer was reported to be borrowing $750M for his planned redevelopment of One Wall St. from … Deutsche Bank.

GGP was one of the 20 largest bankruptcies in U.S. history, going to the wall in April 2009 with more than $25B of debt secured against more than 200 shopping malls.

GGP had been a family success story, having been started by three brothers, Matthew, Martin and Maurice Bucksbaum with a single mall in 1954. Matthew’s son John Bucksbaum was chief executive of GGP from 1999 and oversaw its period of debt-fuelled growth, including the $12.6B takeover of rival mall owner Rouse in 2004.

He resigned as chief executive of the company in 2008 before its collapse, staying on as chairman until after the bankruptcy in 2009. In 2012 he started a new development company, Bucksbaum Retail Properties, whose schemes include New City, a $260M Chicago mixed-use retail scheme built in joint venture with Structured Developments. 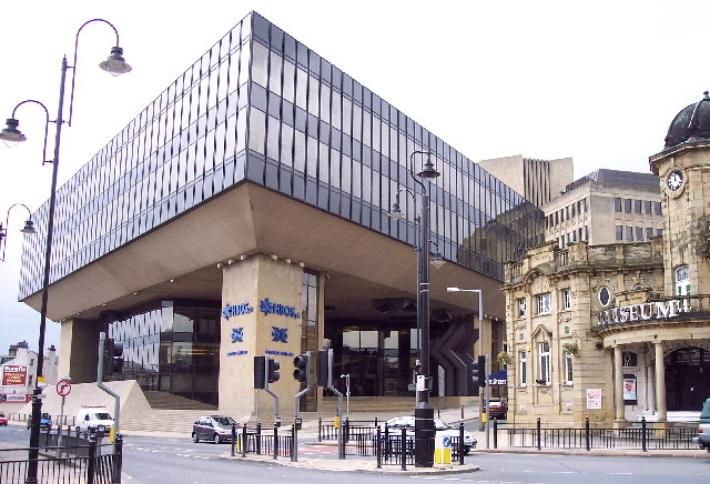 Did any company lose more from commercial real estate during the financial crisis than British bank HBOS? Adding up the losses from real estate disclosed in company accounts, the bank wrote off £30B from lending to the sector, from a total loan book of about £90B. The bank had to be taken over by rival Lloyds to prevent it from collapsing, and its real estate loan book was an albatross around Lloyds’ neck for many years.

HBOS’ commercial lending division was headed by Peter Cummings, and he was one of the few bankers in the U.K. to face serious repercussions from running a business that got into difficulty — in 2012 he was fined £500K and barred from practicing in financial services for life by the Financial Services Authority.

A search of U.K. companies registry Companies House shows he is still active in business, however, and that he has teamed up with one of his biggest former clients, former retailer Sir Tom Hunter. Earlier this year Cummings and Hunter set up a new company called HF Investments No.1, which has a debt facility with JP Morgan, documents show. Cummings is a director of another company owned by Hunter set up at the same time. The nature of the business hasn't been made public.

Irish entrepreneur Derek Quinlan, a former tax inspector, was one of the most prolific buyers in Europe during the pre-Lehman boom, with his assets including famous hotels like Claridges and the Berkeley, a big chunk of Knightsbridge in London, Citi’s London HQ and the HQ of Santander in Madrid. But a huge portion of these purchases was funded with debt from Irish banks, and when the Irish banking system was nationalised in 2009, he ended up owing Ireland’s bad bank more than €3.5B, much of which has now been repaid.

In 2014 Quinlan was at the center of the battle between the billionaire Barclay brothers and fellow Irish investor Paddy McKillen over the fate of the £1.5B Maybourne hotel company, which owned Claridges and the Berkeley as well as the Connaught Hotel. The Barclays were accused of essentially paying his living costs in order to take control of his voting rights in the company without actually buying his shares, a part of a complex legal wrangle, an accusation he denied. The Qatari royal family eventually bought the hotels.

In spite of several reports of spectacular comebacks, including the purchase of a €1B office tower in Brussels, Quinlan has not made a major re-entry to the property market in this cycle.

The Oscar-nominated documentary "Abacus: Small Enough to Jail" asked the question of why so few fraud cases were brought against those who brought about the financial crisis, by looking at the case of the small New York Chinatown bank whose executives were the only individuals prosecuted as a result of the credit crunch.

Things were not quite the same in Iceland. There, Hreidar Mar Sigurdsson and Sigurdur Einarsson, the chief executive and chairman of Kaupthing, the country’s largest bank, were sentenced to five years in 2013 for fraud related to their role in the collapse of the bank.

Kaupthing was a major player in U.K. real estate, backing well-known entrepreneurs, including the Tchenguiz brothers and Simon Halabi.