We continue with our list of top players in Miami commercial real estate—the people who are dramatically transforming the physical landscape, the neighborhoods, and arguably, as a result, the rhythms, style, life and international brand and drawing power of this region. Here are Part 1 and Part 2, if you missed them. And now, Part 3, the stirring finale: 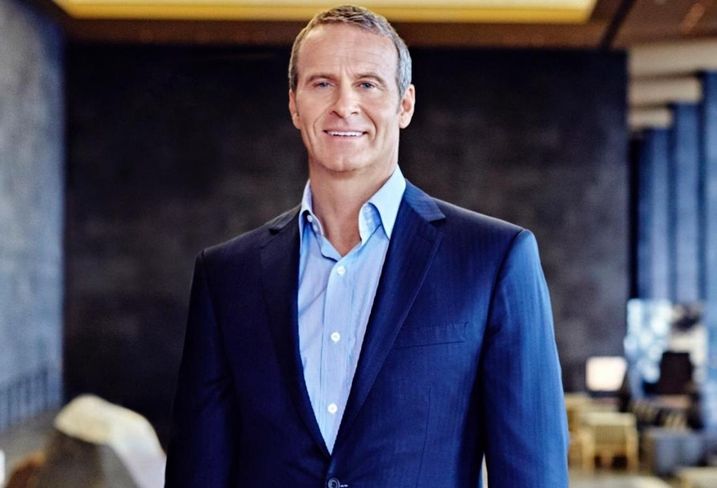 A new force is landing in Miami. This Russian billionaire’s 85-story OKO Tower in Moscow is Europe’s tallest building. He owns the famed Aman resort empire, and is seeking to expand it into city hotels as well. (One potential location: The top 20 floors of NYC's Crown Building at 57th and Fifth, for which he paid $500M last year.) And in 2009, he bought Shaq’s house on Star Island. So as he’s stepped up plans for a 57-story luxury Edgewater condo, partnering on it with Italian fashion house Missoni, people pay attention. Especially at a time when others are talking condo downdraft and trimming their sails. He also wants to build in Brickell and is said to be eyeing activity on Collins in the 50s, which would be a major neighborhood game-changer. 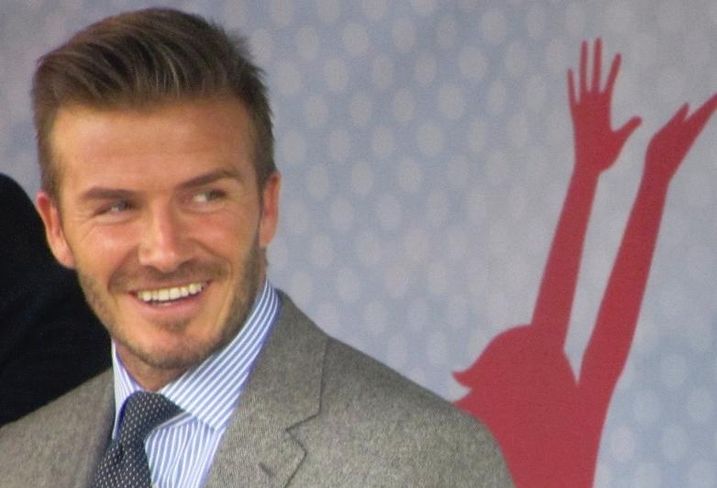 Everyone’s searching for the next unexpected neighborhood boom, but few thought it would be Overtown, until these Miami expansion team investors zeroed in on it as the venue for their stadium (after being foiled elsewhere). There are still hurdles, and it won't happen overnight, but get ready for sizzling sports excitement and Millennial energy to spread there, and know that whatever the submarket, having superstar Beckham on the case will be an international Jumbotron promoting the future of Miami. 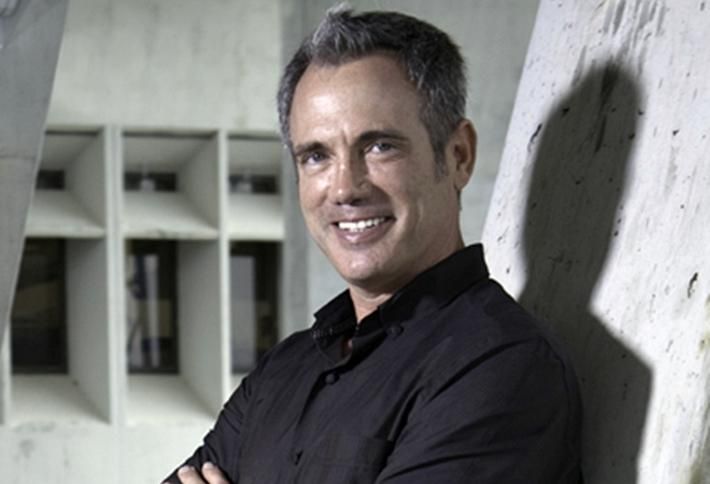 Not all tourists who flock to Miami Beach come for the sand and sun. Some want to see the parking garage at 1111 Lincoln Road, which is a national model of real estate innovation. And, it turns out, startlingly valuable, in part because this developer (once an executive with Federal Realty and Starwood) single-handedly brought in top tenants like Danny Meyer for surrounding retail. Rumors abound that the project (garage and stores) may be worth up to half a billion dollars, and is available for sale, if not officially. If so, the question everyone asks is, what will this genius do next? (And: Will he sell his 6k SF "house in the sky" on the garage rooftop?)

40. The hotel guys: Ian Schrager, Tommy Hilfiger, Sam Nazarian (pictured at a Bisnow event), and others 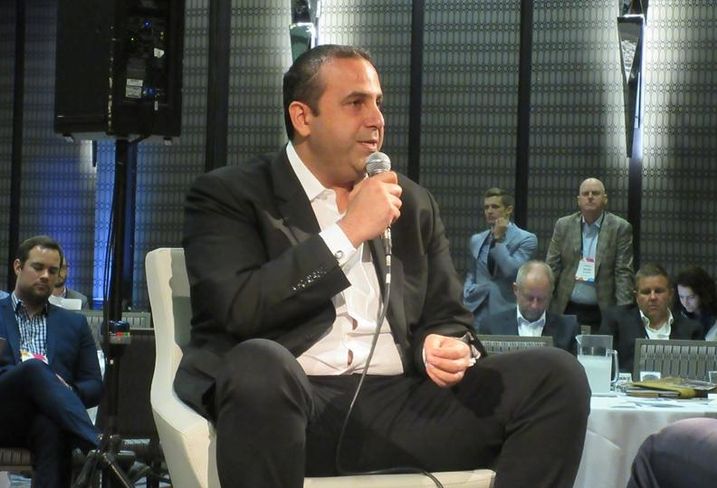 Miami’s been known over the decades for flashy hotels, but they get dated. Barry Sternlicht has remade the Gansevoort/Roney Palace into an eco-social epicenter channeling the Millennial ethos yet attracting guests of all ages. Ian has lured crowds beyond (gasp) South Beach to the Edition at 29th. Tommy is morphing the Raleigh into a private club; NY developer Ziel Feldman is redoing the Shore Club as residences; Jeff Soffer would love a casino to make the Fontainebleau hotter; the Eden Roc has recruited Nobu up to 46th; Sam is putting his second Miami SLS into Brickell to show that even a financial center can be cool; Atlanta’s trendsetting Portman Holdings wants to do an 800-room Miami Beach convention center hotel; the Brickell Viceroy has become a W; Miami WorldCenter plans another mammoth Marriott Marquis. The race is on to take local hotels to the next level. Can Richard Branson be far behind? 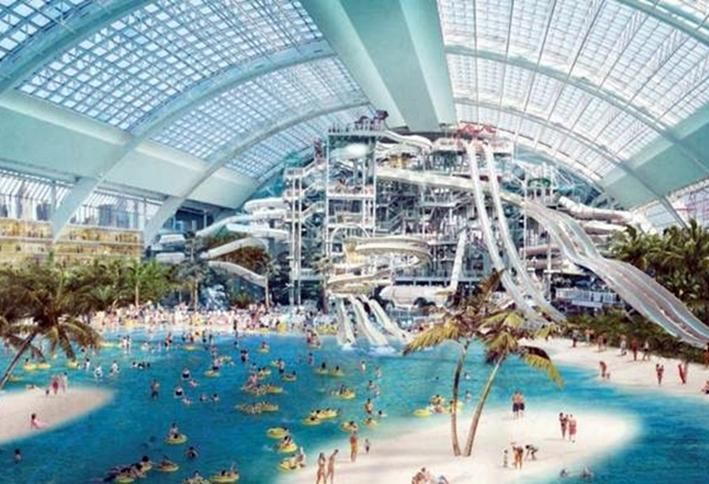 These Canadian billionaires may be publicity-shy (in the spirit of which we'll just run a rendering of their project), but that hasn't stopped them from planning the largest mall in the US on 200 acres near I-75 and the Florida Turnpike, called American Dream Miami. They already own the famed Mall of America outside Minneapolis and are developing American Dream Meadowlands in New Jersey, so they know something about this real estate category. At 6.2M SF, and featuring a 16-story ski slope, 20 waterslides and 2,000 hotel rooms, we’re talking jaw-dropping stuff. The main hurdle? Traffic studies, of course. 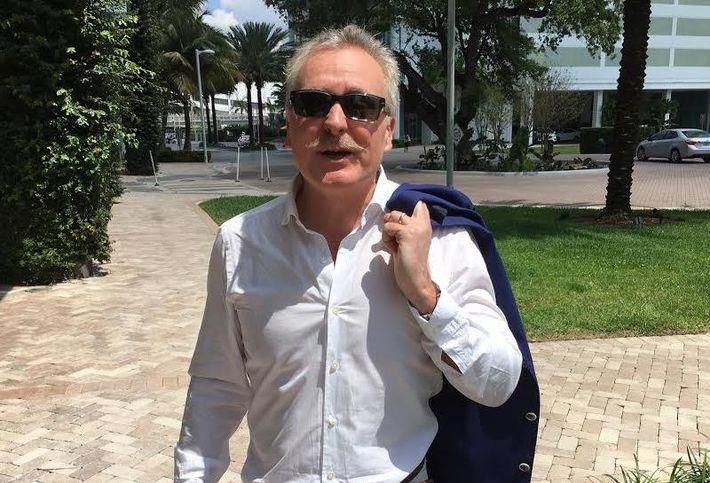 Miami loves the water, but the oceanfront is already taken, too expensive and/or inconvenient for people working in the city. Enter visions of a glamorized interior waterway. Already you can get a taste from the nightlife at restaurants like Seaspice, River Yacht Club and old standby Garcia’s. But if Argentine grocery store mogul Alfredo Coto and NY developer Shahab Karmely get their way (as well as Joe Chetrit—see No. 28), you’ll soon also find big condo and apartment complexes situated a quick boat ride from the vast retail of Brickell City Center on one side, and a quick Uber haul from Miami WorldCenter, Midtown and Wynwood on the other. 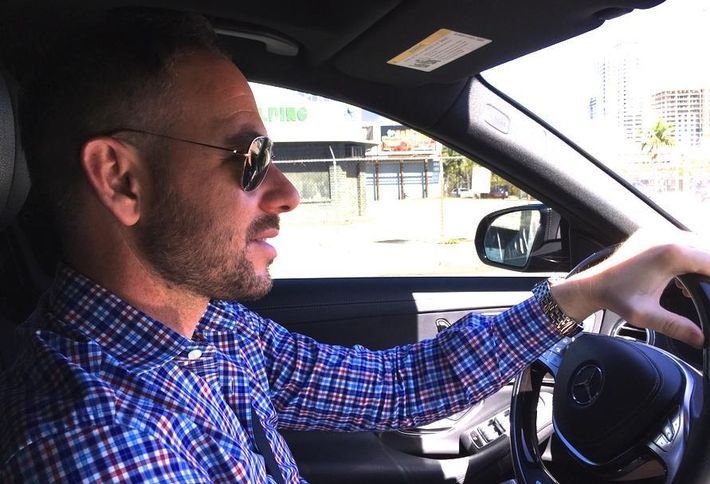 Lest you think power players have to be doing only behemoth projects, many folks making things happen today work on a more human scale. Two examples: Tony Cho in Wynwood, besides being a go-to broker, has created an adaptive reuse retail center that’s home to Ducati and Cake Contemporary Kitchen, and an adjacent 15k SF “greenhouse” that’s an open air butterfly and bird sanctuary for cultural programming. South of Fifth, Camilo Miguel is doing 12 luxury "dry" Louver House condos at 311 Meridian, has sites at 3900 and 4000 Alton for more, and in Coconut Grove bought an old office building across from the harbor, perfect for conversion to condo—well, maybe in the next cycle. 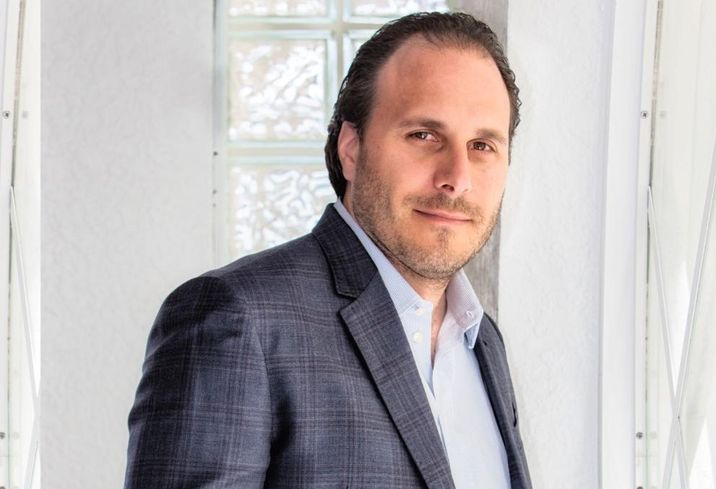 He made his name in historic renovation (SoHo Beach House, Thompson, Standard, Shelborne and Raleigh—which he's doing again) and now he’s set his sights on remaking Ocean Terrace at 74th and Collins. A ballot referendum earlier this year narrowly defeated ballot approval for increased FARs. But with streets decaying and next-door Surfside poised to prosper with upscale new development, opinion (and the support of the City Commission) seems to be shifting, and Sandor (with powerhouse financial partner Alex Blavatnik, younger brother of Len—see #19) looks likely over time to become a catalyst for the long-awaited revival of North Beach. 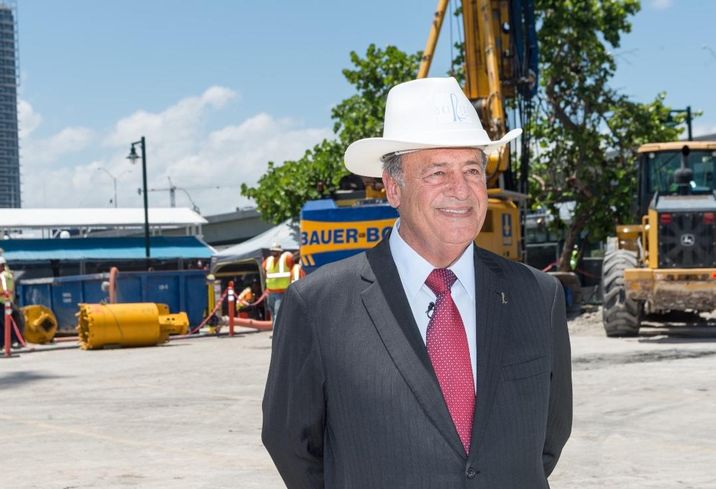 Many cities are getting a big “Wheel” to appeal to kids who want a fun ride and adult tourists who want a view. Jeff is going a lot farther: He’s proposing a 1,000-foot-high Skyrise Miami as “vertical amusement park” that he hopes will become the symbol of a city as much as the Eiffel Tower, and more to the point, save folks a trek to Orlando. 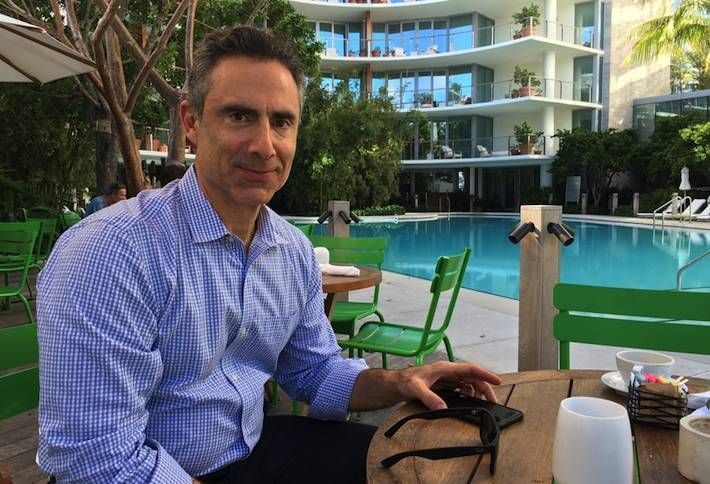 When you think about it, is anything more critical than connecting investors and developers, and arranging debt and equity, without which great concepts, architecture and business plans just remain on the drawing board? In other words, these are the people who know where the money is—sometimes they find 97% or 98% of it for your projects. Prime among them: Ackman-Ziff's Robert Kaplan (pictured), Aztec Group's Ezra Katz, CB's Charles Foschini and HFF's Jim Dockerty. 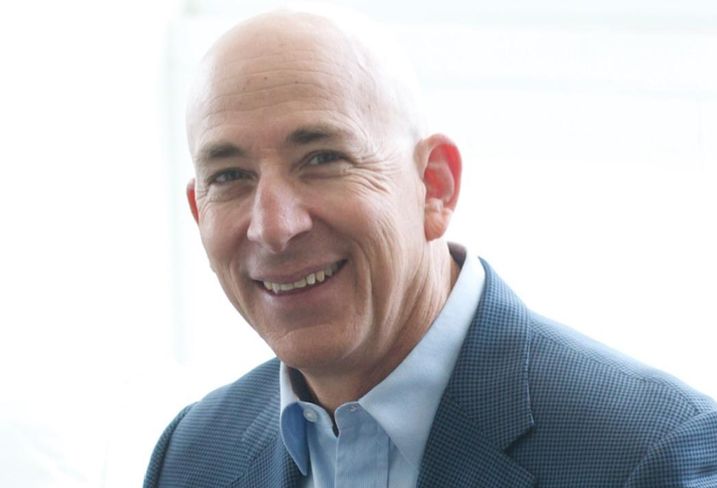 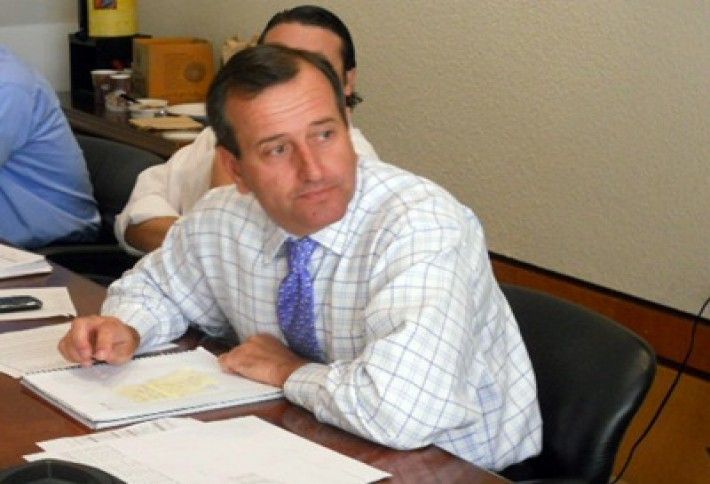 Finally, you need brokers to help owners buy and sell properties so they can either jump in or exit and reload for their next project. In office, the stars would be HFF's Manny De Zarraga (pictured) and CB's Chris Lee; in retail, HFF's Danny Finkle and Cushman's Mark Gilbert; in multifamily, Robert Given newly of Cushman; for hotels, JLL's Gregory Rumpel; and in triple net, Marcus & Millichap's Scott Sandelin and Drew Kristol. 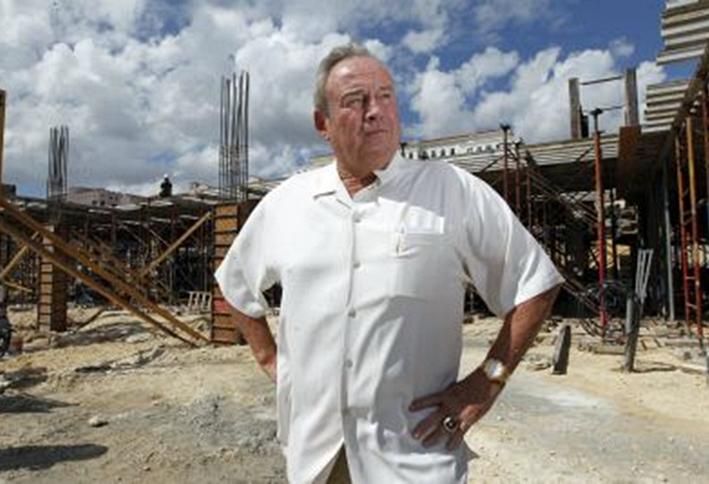 Rebar and cranes may sound boring, but they bring dreams to life. Leaders of the industry in Miami: Coastal Construction founder Tom Murphy (pictured); Brad Meltzer, Southeast region president of Plaza Construction; and Tutor Perini Building Corp SVP Danny Hoisman. Hats off to all. Well, only in a manner of speaking; hard hats please stay on. 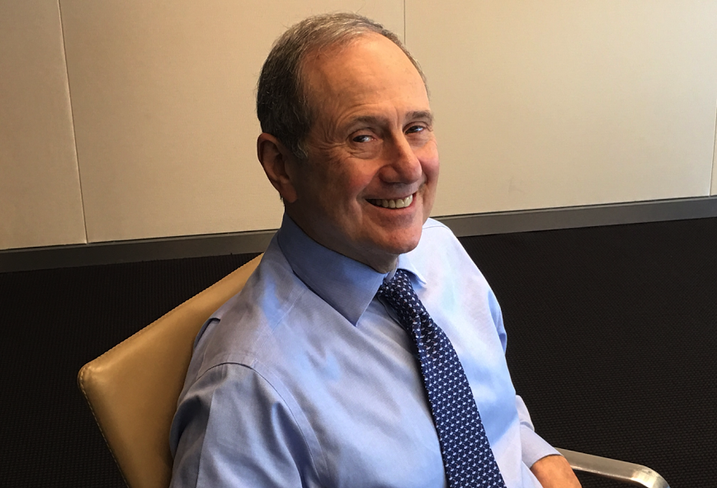 We list the superstar lawyers last, even though they deserve to be much higher given their critical role and skill in making things happen. Because that’s the way they’d want it—staying in the background and giving their clients center stage. But just for the record: Brian Bilzin (pictured) and John Sumberg, Bilzin Sumberg; Akerman's Neisen Kasdin; Matt Gorson and Gary Saul, Greenberg Traurig; Jeff Bercow and Michael Larkin, Bercow Radell; and Holland & Knight's Joe Goldstein.