The £2B Oxford Road Corridor Boost You May Not Have Noticed 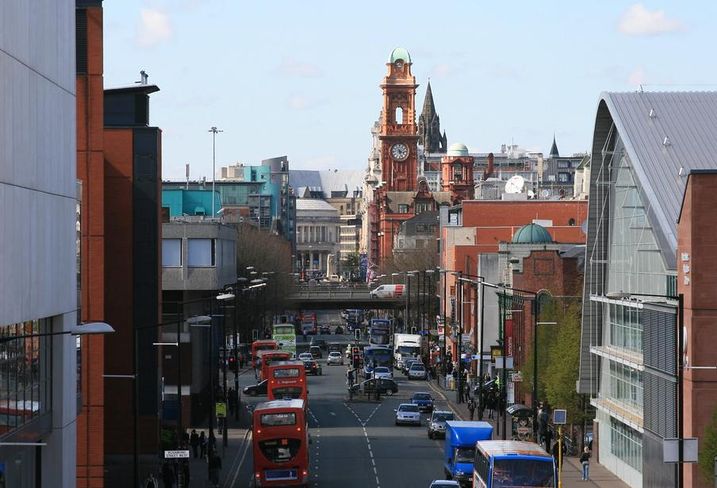 It may be little more than a mile of city highway, but Manchester’s Oxford Road Corridor is an economic powerhouse.

Now a rethink of four neglected sites could help add another £2B to the area's economic output, and pave the way for a 1M SF office development.

Manchester City Council’s executive is expected to approve a strategic regeneration framework for a cluster of four sites along the corridor, adding £2B to the corridor's annual economic output of £3.6B.

The purpose of the guidance is to map the way forward for four sites in the the tech, medical and health-focused corridor.

The four sites include the Upper Brook Street site (and, the report hints, the Jaguar Car Dealership) immediately next to the ID Manchester North Campus Site; the former Salvation Army site at Wilmott Street; the former Elizabeth Gaskell Campus at Hathersage Road next to St Mary’s Hospital/MRI; and a site at Birchall Way. Development is expected on some sites sooner than others, but all within around 10 years.

The Upper Brook Street site is tipped for a higher density mixed-use commercial development of more than 1M SF. Developers argued the site could take 1.5M SF, but the council have not included this figure in their final document. However, they state the site could “accommodate larger, flexible floorplate commercial buildings required to sustain the continued economic growth of the Oxford Road Corridor and wider area.”

Buildings could be up to 10 stories. Purpose-built student housing could also be part of the mix.

The former Elizabeth Gaskell Campus site is identified as a ‘transformational strategic investment site’ and part of the existing and emerging cluster of health research and innovation, and floorspace there will be safeguarded for the health and innovation cluster.

The Wilmott Street site is tipped for cultural, creative mixed-use development, with commercial development firmly on the agenda along with links to First Street.

Birchall Way is for educational and residential uses.

You can see a map of corridor sites here.