What Property Needs To Know About Manchester's Booming Economy: The Latest Stats 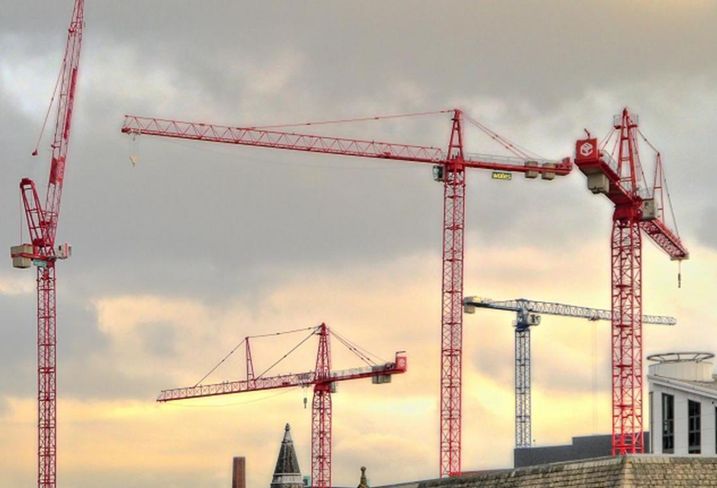 This week the Office for National Statistics published the latest swathe of regional economic data-sets. The spreadsheets on business types and distribution are not an easy read, and usually only attract the interest of geeks and economists. But this year the downloads on U.K. business, activity, size and location 2018 have important lessons for Manchester.

Here are the five big takeaways.

1. If You Doubted Manchester Was A Boomtown, Doubt It No More

Proof that Manchester was booming was staring us in the face (count the tower cranes) but, because it responds to international capital movements, the property industry is not always a reliable guide to the deeper local trends. Now we have the evidence that the international investors were on the money. The rate of business formation is a key indicator of grassroots economic health and in the city of Manchester the number of business has risen to 23,845, up 6% since 2017, and up  58% from 2014. The Greater Manchester figures also show a rapid rise: up 32% in the 2014-2018 period. Both are growing appreciably faster than the UK-wide rate of business formation, which is just short of 18% 2014-2018.

This year's growth is worth noting because nationally the picture has been "stagnant" according to the ONS analysis. They blame Brexit and interest rate rises.

2. Central Manchester Is Attracting The Entrepreneurs

Whilst the overall health of Manchester's entrepreneurial economy is good, the city centre is the hot spot. Locations like Ancoats and the Northern Quarter appear to be generating disproprortionate amounts of activity perhaps by pulling in talent from surrounding districts. Trafford and Stockport, both affluent suburbs with strong commuter links to the centre, seem to be on the other end of this movement, with the number of businesses falling by 470 (4%) and 129 (1.1%) respectively compared with the 2017 data, which you can find here.

3. Professional, Scientific And Technical Is Big But Not Growing

U.K.-wide, the professional, scientific and technical business category is the largest (by plurality) accounting for 17.9% of businesses recorded in 2017, and 17.5% in 2017, part of a gentle downward trend. In the city of Manchester the trend is slightly more advanced, down from 18.5% in 2017 to 17.7% today. In both years Manchester was slightly better populated with professional, scientifc and technical businesses than the national average. The equivalent figures for Greater Manchester are 16.7% in 2017 and 15.7% in 2018, both below the national average.

4. Small But Growing Businesses Are Driving The Change

Analysing the data by turnover reveals, as you would expect, that small businesses are growing. In the proportion of businesses in the £50K to £250K turnover category  rose from 55.7% in 2017 to 57.5% in 2018, and this accounts for the bulk of the growth in the Greater Manchester figures. With one big exception ...

5. There Are Many More Really Big Businesses In Manchester

It's great to have lots of growing businesses, but the ones that really set the pace in the office market are the larger enterprises with turnover of £50M or more. This is the sector that has really changed things, although you need to look at the figures in a slightly different way to spot it. That is because the proportion of large businesses in Greater Manchester is unchanged (1.2% in both 2017 and 2018, both miles ahead of the national average of just 0.3% of businesses). But the proportion is not what matters, it is the sheer number of them and the rate that this number is growing. The results are staggering: rising from 285 in the county, and 85 in the city in 2017, to 310 in the county, and 90 in the city in 2018. That's 8.7% annual growth of larger corporates in Greater Manchester (closer to 6% in the city). The U.K.-wide figure, for comparison, is up 6% and the West Midlands connurbation is up 3.6% and Birmingham city's stock of £50M-plus businesses didn't move at all.