Life comes at you fast, or so the millennials say. But wiser heads know that the more things change, the more they stay the same.

So let's test those conflicting ideas, and make Manchester property take the #10yearchallenge. But instead of looking back, by looking forward.

What does the future hold? Drones are out, driverless cars are in, offices are up, HS2 is out, or so our challenge-seekers told Bisnow. 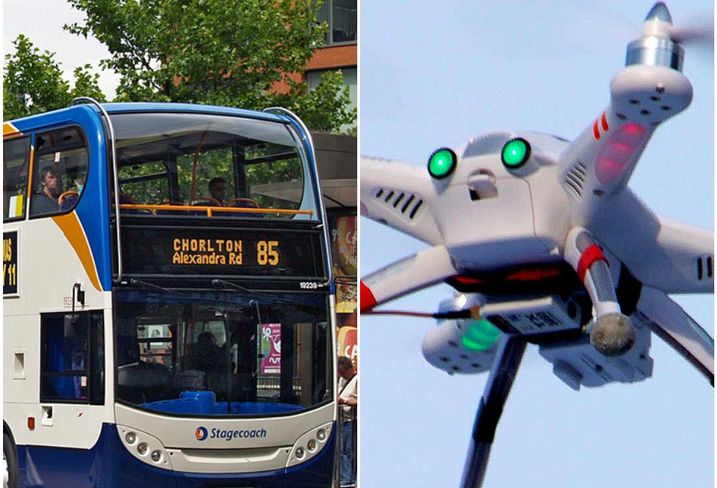 Wikimedia Commons
Bus to Chorlton vs. Hover Quadcopter, is this 2o19 vs. 2029?

Bisnow's panel of #10yearchallengers has had a good long think. And they reckon the Manchester of 2029 will be amazing. But it might not be quite the amazing place you expected.

So welcome, please, the first member of the #10yearchallenge team, Savills Manchester Planning Director Jeremy Hinds. Unfortunately we don't have before and after pictures of Jeremy, but on the telephone he sounds exactly like he did 10 years ago, which can't be bad.

Prompted by Bisnow, Hinds has looked into the future, and what he sees in 2029 is more skyscrapers — and waiting down at the street-level lobby will be obedient driverless cars.

“Bling will be the new normal, and we’ll see more adventurous-looking, modern, high-density buildings because the desire to live as close to the city centre as possible is increasing among a wide range of age groups, particularly the graduate population, which Manchester will retain more of,” Hinds said.

But those towers will not work quite the same way as today’s skyscrapers. “Products will vary, we might find they get enhanced as landlords lose some floorspace for other uses, like guest accommodation, or for communal space, maybe whole floors will be taken out of resi use so that they can be something like a nursery or a doctors surgery.”

But will the towers last? Manchester’s 47-storey Beetham Tower is already showing signs of age, with more than 1,300 fascia panels in need of repair. Hinds thinks today’s skyscrapers will not be falling to bits by 2029, unless some very careless landlords neglect routine maintenance.

“It’s not the design that’s poor, its often the social policy,” he said.

If, alas, a glass fascia panel does drop off, Hinds expects it to hit a hydrogen-fuelled driverless car, because by 2029 the Manchester streets will be buzzing with them.

“We’ll need somewhere to garage them, presumably on the fringes of the city centre where they can be charged and cleaned, but I doubt we’ll use existing multi-storey car parks. We simply won’t need car parks any more. So why not make them into actual parks, a Manchester version of the hanging gardens of Babylon?”

But according to Hinds, you can forget any hopes of seeing drones circling Manchester, whether to deliver parcels or people. The recent security scares at Gatwick Airport seem to suggest the tide has turned on drones, and Hinds is no fan.

“I’m looking out of my office window onto Fountain Street, where everything is seven storeys and it is fairly narrow, and there is no way you could safely navigate a drone down such a crowded canyon. Drones are just a talking point, like flying Ubers. Regulating them would be impossible,” Hinds said. 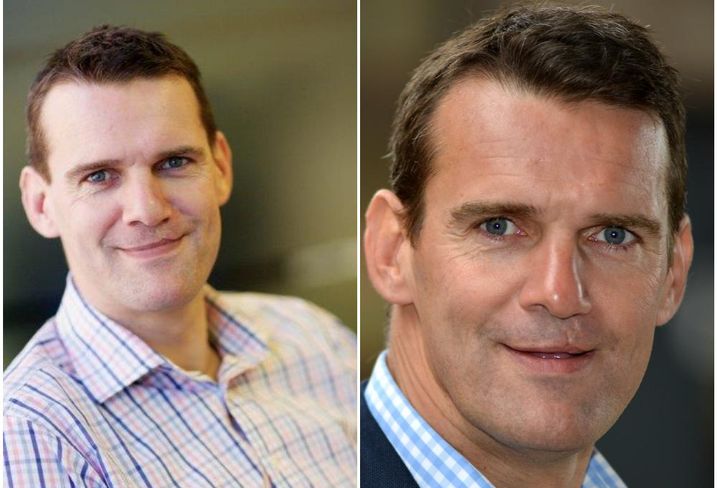 The Manchester office market is soaring: total take-up across all markets was 2.8M SF in 2018, and it could maintain that level in 2019.

So is it mad to suggest that by 2029 some owners of BTR blocks might decide it would be wiser, as competition in their sector bites and their tenants move elsewhere, to convert to office use? This could be the reality, Canning O'Neill partner Conrad O'Neill joked. Or is it a joke?

"Mayfield & St. John’s will expand the CBD and open up new locations. We will also see more development at First Street and we expect Ancoats to prosper," O'Neill said.

Henry Boot Developments Director Adam Brady sees the same pressures mounting by 2029, although he doesn't go so far as to suggest BTR blocks might be sacrificed.

“Office space within the city core is in very limited supply, with only a handful of sites that can feasibly deliver upwards of 100K SF. By 2029, new office developments of a significant size will have moved outside the city core to accommodate the further growth of the city. NOMA will be advanced, as will St. John's, however the biggest shift will be seen around the Piccadilly area of the city," Brady said.

He agrees there will be an oversupply of city centre residential.

“By 2029, we will at some point see an oversupply of residential within the city core, with a flight to quality — lower quality schemes in peripheral areas will struggle to compete with well-managed, well-designed buildings in prime areas."

Brady expects the skyline to have even more skyscrapers by 2029, but also expects life to feel very different, not least as today's vegan enthusiasms turn mainstream.

"By 2029, laboratory-grown meat will be par for the course, as will the consumption of insect protein, and an extensive McVegan menu," he said, providing food for thought. "As a society, we’re becoming much more aware and conscious of the source of our food and the impact we individually have on the planet, which will prompt real changes in what we choose to consume." 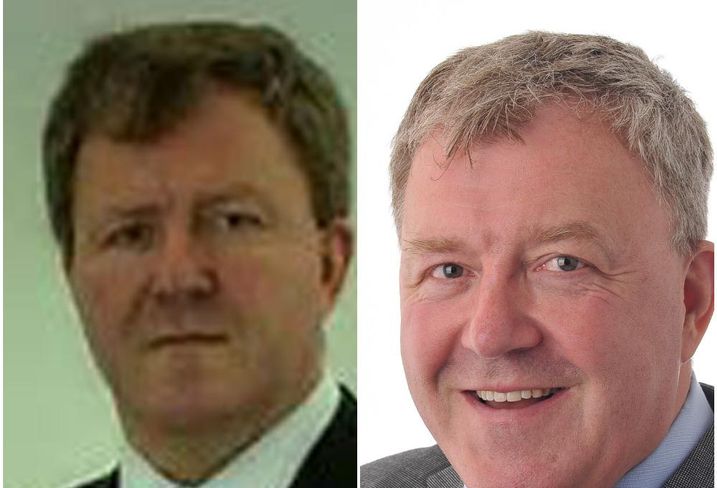 Lambert Smith Hampton Office Director Andrew Gardiner is more smiley today than he used to be, judging by his #10yearchallenge pictures. He is also fairly smiley about the future, but if you have high hopes pinned on the high speed HS2 rail line, then Gardiner is not your man.

"By 2029 top rents will be £50/SF on traditional office space, although higher rents will be charged at niche sector coworking enterprises. And the serviced/coworking/flexible sector will account for more than 10% of the market, when its is  currently 2-3%.

"Annual take-up will become harder to discern, as larger ‘vacant space’ deals will be let to serviced operations who will vacuum up smaller enquiries. Ostensibly take-up will increase above 1.35M SF a year, as this only represents 5% annual churn, and as leases get shorter, greater numbers of occupiers will be free to move," he said.

By 2029 Noma, St John's and First Street will be fully developed, and Middlewood Locks will be the new focus of development. But HS2 will have been cancelled.

"Piccadilly station will be enlarged as a sop to the city, with Mayfield also being close to completion. As a consequence, Ardwick will be the new Northern Quarter," Gardiner said.

As for today's rash of BTR and resi skyscrapers, Gardiner reckons some of them will face trouble.

"Subject to the varying fortunes of foreign currency and economics on the other side of the world, residential blocks will increasingly be traded amongst absentee landlords. This will create a simmering resentment between the tenants and the owners, which will manifest itself as ‘rent strikes’ and similar civic action," he said.

Meanwhile today's digital detox will have become a mainstream preoccupation, with a return to real-life face-to-face communication changing the shape of the city centre. Micro cafes, ad-hoc meeting spaces and smaller and more numerous gyms will meet the urge to mix.

Summing up the Manchester of 2029, Gardiner said: "The striking similarity to exactly how it is today, but with more bland pointy bits." 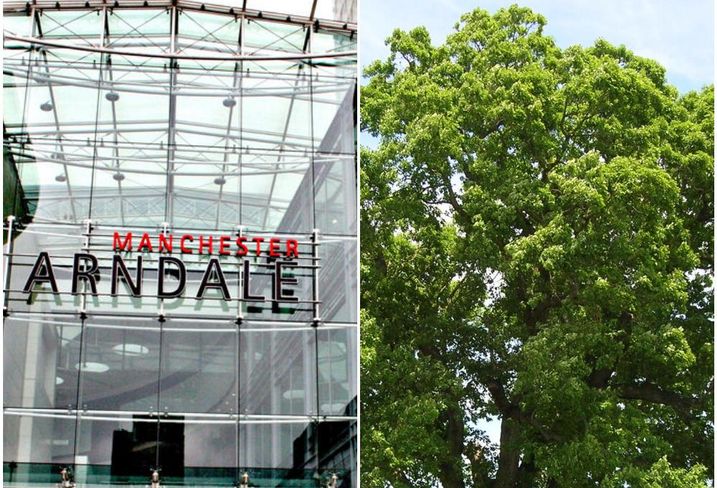 The final word goes to Fletcher Rae Managing Director Bob Fletcher, who prefers to think less of the #10yearchallenge than of the #200yearchallenge which began with the Industrial Revolution, and in the midst of which Manchester now finds itself.

“We are currently going through the biggest change since the Industrial Revolution as technology is radically altering our attitudes and lifestyles," Rae said. "If we invest in our buildings and communities properly, we can preserve some of the important and essential social characteristics of the way we live our lives that will profoundly benefit us all.

“I am dreaming of a day when the tall residential buildings are more green than grey. By making the buildings more eco-friendly and introducing farming-style projects that grow food and plants, we will create a more attractive and sustainable lifestyle for everyone, which reinforces social interaction and wellbeing.

“We need to look at repurposing the forgotten back streets and neglected arches of our city, as well as the high streets, to entice more niche vendors and encourage a more social approach to shopping and leisure that will produce a new buzz of energy for the city.”

It would be nice to think that one day people will arrive in Manchester and instead of looking up at all the high-rise buildings, they are drawn to explore the currently underutilised maze of streets that our city has to offer, Fletcher added.

That really is a good thought. Maybe 2029 won't be so bad after all.

To join the conversation on the future of Manchester register here for Bisnow's Manchester State of the Market event on 27 March.