The Bruntwood SciTech £185M Green Loan Other Developers Will Be Copying 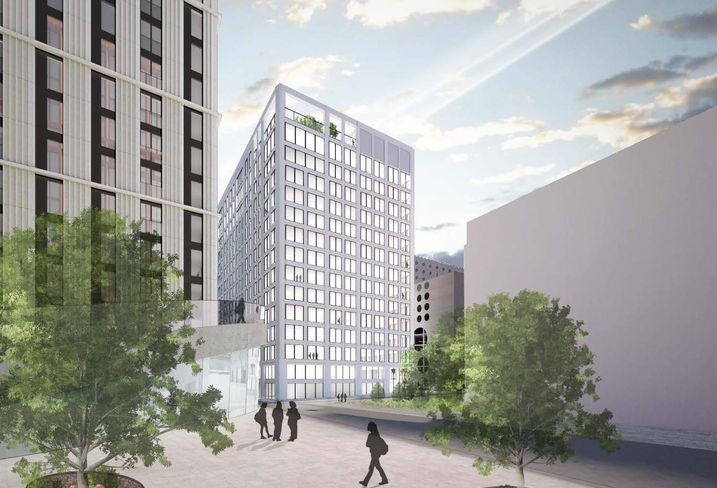 Bruntwood SciTech has chalked up another major funding deal, one of the largest this year outside London.

Lloyds Bank has led a four-strong club of banks lending £185M over three years to develop the next phases of Circle Square in Manchester and to refinance 1.7M SF of its existing portfolio.

Other banks involved are Santander, HSBC and NatWest each taking a 25% participation.

Bruntwood SciTech is a 50/50 joint venture between Bruntwood and Legal & General.

Under the conditions of the green loan, Bruntwood SciTech will secure a discount on its cost of funding if it achieves a BREEAM Excellent rating for the three new buildings on their expected completion in 2021, in addition to agreeing so-called ‘Green Memorandums of Understanding’ with occupiers in which they agree support ongoing environmental best practice in the use of the facilities.

Bruntwood SciTech will secure a discount on the investment loan by agreeing to fulfil bespoke green covenants. The developer has committed to delivering an investment of £3.5M into sustainably linked improvements across its estate, covering things such as combined heat and power, storage batteries and small-scale renewable energy. It has also pledged to reduce the energy intensity of its portfolio by more than 10% over the lifetime of the loan.

Bruntwood has a Gold Low Carbon accreditation, which it will now aim to secure across the Bruntwood SciTech estate. It announced a pledge to be net zero carbon across its new buildings by 2030 and old buildings by 2050.

Lloyds Bank Commercial Banking’s £1B Green Lending Initiative was first launched in 2016 and was followed in 2018 by the bank’s £2B Clean Growth Finance. At the Green Finance Summit in June, CEO António Horta-Osório announced that it would be the first UK bank to pilot a new digital app for its business customers, which allows them to identify and make energy-efficient investments in their buildings.