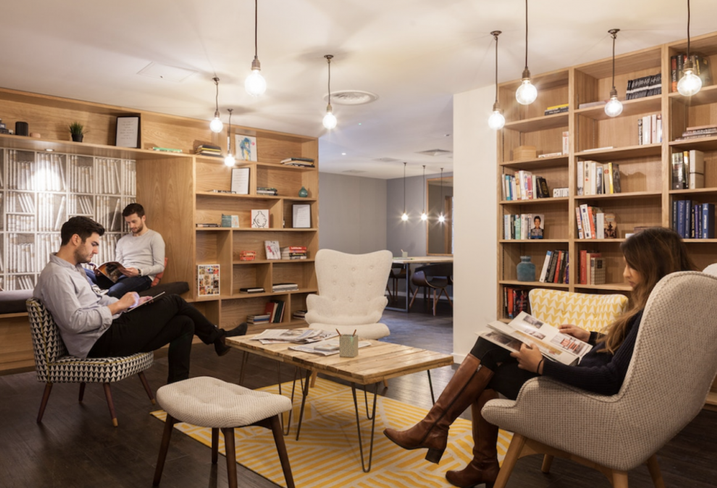 The co-living concept is red-hot as far as developers are concerned, but Manchester City Council could be about to pour a bucket of cold water over it.

Manchester City Council is considering a new co-living policy amidst doubts about its "limited" capacity to address the city's housing problems, its unaffordable prices, the small size of the units and the difficulty of reusing co-living blocks if the concept turns out to be a commercial failure.

The chilly reaction could spell problems for co-living as the sector attempts to expand outside London.

An ice-cold official report from council officials to the Labour-run city council's ruling executive seeks approval to develop a new co-living strategy as the city faces a rash of new planning applications for co-living schemes. These include plans for a 32-storey and a 44-storey co-living tower. Until now the city has had no specific policy to deal with the co-living concept.

Consultations will now begin about a new policy document to be incorporated in the new Manchester Local Plan ready for adoption in 2023.

The report is far from enthusiastic. "This product is new and untested in the Manchester housing market, and there is variability in the way schemes are designed, managed and operated in other cities," the report said. "There are also differences in the Manchester market compared to the cities where the concept originated, meaning that it may be less appropriate locally."

In their report council officials said that co-living will not address the problem of affordability, which has been a main argument for its development in London and U.S. cities.

"Whilst both [London and Manchester] show some similarities in terms of inequalities in housing markets and levels of wealth, it is possible to buy a flat in Manchester city centre for £150K or share a centrally located apartment for £450 per person per calendar month ... housing options that simply don’t exist in any part of the central London housing market," the report said.

The report concludes: "Against this backdrop, therefore, we do not believe that co-living is required, or appropriate, to address affordability pressures in Manchester, in the same way as it is in other American cities or London."

Co-living apartments are too small, officials said, being as much as 50% below the usual space thresholds, and are not suitable as permanent homes. Moreover, co-living is considerably more expensive for occupiers than normal build-to-rent homes, at £828 per SF compared to £340 to £410 per SF) and therefore not a solution to the problem of affordable housing.

If the concept of co-living fails, the small size of rooms will make it difficult to convert the buildings into regular apartments, the report warned.

On the positive side the report notes anecdotal evidence that co-living is popular in the digital and tech sectors.

Council forecasting models predict that the number of 25- to 34-year-olds in the city centre will grow by more than 10,000 over the next five years, and 20-24 year olds to grow by 1,700, with a growing need for accommodation for young professionals and recent graduates.