On a recent day this summer, Dana Hathaitham stood in the middle of Kitchen United’s Pasadena location and watched the action unfold.

Delivery drivers carrying satchels with Grubhub written on the sides walked in and out of the kitchen to pick up food. A group of people — a combination of local office workers and families — waited in line to place their orders at one of the four computer kiosks. An expediter fetched food and shouted out the names of those waiting for their pickup orders. 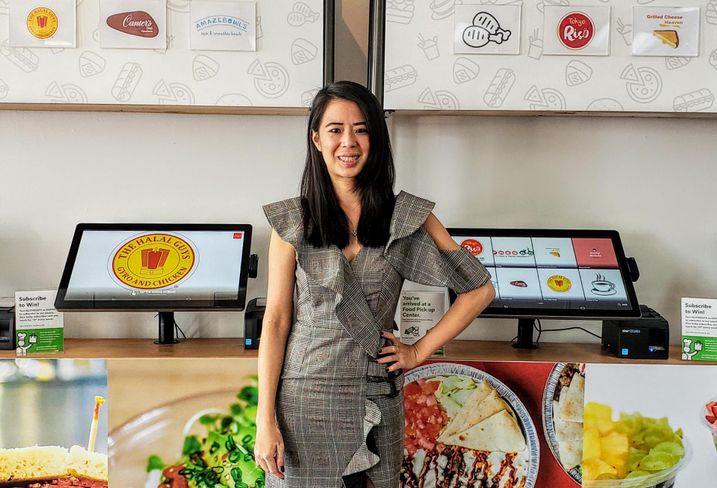 Unlike curated and decorated food halls like the Anaheim Packing District, LBX in Long Beach or even the Grand Central Market in downtown Los Angeles, there is nothing too fancy about Kitchen United’s ghost kitchen space.

Most people picked up their order and went on their way. Others ate at one of the few tables and chairs that decorated the room. A self-serve water dispenser with plastic cups sat on a table in the front of the room. Pictures of food adorned the walls.

But all of the action was inside the kitchen.

Behind the closed doors were chefs and workers from eight different restaurants preparing food to go in separate kitchens. Workers from Italian restaurant Fresgo could be seen rolling fresh pasta. Staff from Canter’s Deli were preparing sandwiches. Cut fruit was placed delicately in acai bowls at Amazebowls. Workers from Halal Guys were chopping up ingredients.

"We like to say we're a virtual kitchen," Hathaitham, Kitchen United's director of design and site adaptation, said as she toured Bisnow around the company's Pasadena location on 55 Madison St.

As time-pressed consumers push for more food delivery and pickup orders, Kitchen United is the latest company banking on the rise of "ghost kitchens" to meet growing consumer demand. The company was founded in 2018.

For the uninitiated, ghost kitchens (also known as virtual kitchens, virtual food halls and headless or faceless kitchens) bring several restaurant operators under one roof to prep food meant for pickup or delivery only. Think WeWork for the restaurant industry.

Backed with $10M from GV, formerly Google Venture, the investment arm of Alphabet Inc., Kitchen United is on a mission to aggressively open 400 of these locations within the next five years.

The company so far has two open locations in Pasadena and Chicago. A third location in Scottsdale, Arizona, will open by the end of August. The company recently broke ground on another location in Austin. Kitchen United is in various planning stages to open a ghost kitchen in San Francisco, Berkeley and New York and second locations in Los Angeles and Chicago, Hathaitham said.

“That’s our goal,” Hathaitham said of opening 400 locations nationwide. “We don’t know exactly how long it’s going to take us to get there but those are our long-term plans.”

This delivery-only concept has been tried before and failed, according to Scott Romeo, editor at large for Restaurant Business, a restaurant industry publication.

Kitchen United officials believe it has the right mixture of ingredients to succeed, Hathaitham said. 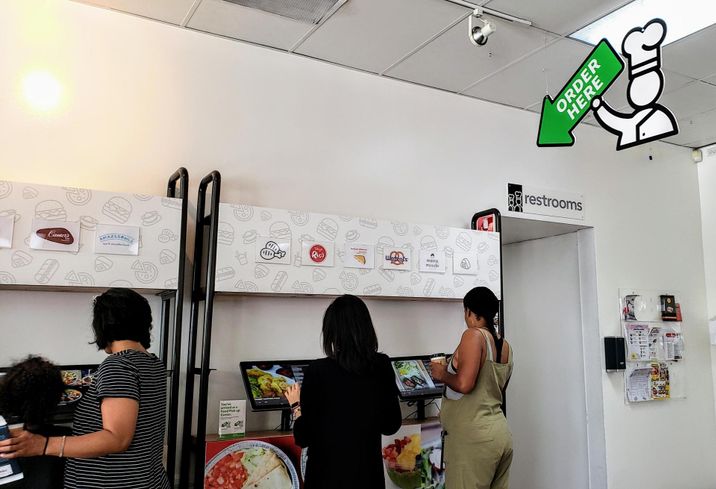 In most food halls, restaurants or quick-serve restaurants are in separate, individual locations. Consumers who wanted different food would have to go from place to place to get what they desired.

In ghost kitchens, visitors place orders either using a mobile app, website or on a computerized point-of-sale system at the physical location. On the screen are the menus of the restaurants. Visitors mix-and-match from the various restaurants.

Like a subtenant, restaurant operators rent the kitchen space from Kitchen United. Kitchen United provides the facility, cooking equipment, cold storage, cleanup and other staff for the common area or front of the house.

The rents vary depending on the size of the kitchen the restaurateur needs and city location, Hathaitham said. She did not disclose the rates or terms.

She said what makes this concept great is that everyone in a person's party can order what they want in one location and at the same time.

“Every type of food is under one roof,” Hathaitham said. “If kids want macaroni and cheese, they can order it. If the parents want Japanese food and sushi, they get what they want. If you want Thai tea or lemonade, it's available. They don’t have to go and walk or drive place to place.”

The concept works for those on the go with limited time or the indecisive. There are multiple choices. There is also a dine-in option. There are no servers or wait staff. Visitors clean up after themselves.

For restaurant operators, the ghost kitchen is a good way to save money, Romeo said.

There is no need for a good storefront location and hiring servers when all a restaurant operator needs is a kitchen and a few cooking staff, Romeo said.

"It keeps costs low," he said. 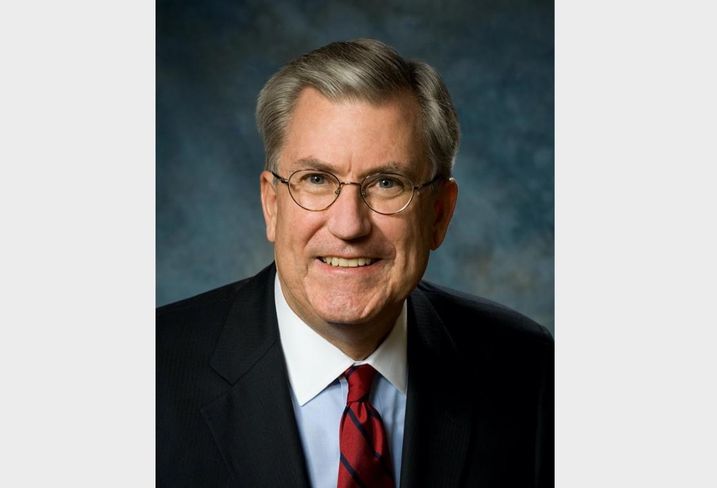 A combination of technology, millennials and time-strapped adults is feeding the growing food delivery and pickup demand, according to Hudson Riehle, senior vice president of research at the Washington, D.C.-based National Restaurant Association.

The National Restaurant Association's state of the industry report released earlier this year found that 50% of millennials say they are more likely to have restaurant food delivered to them than two years ago.

Millennials of all genders — and a majority of adult women — surveyed say they are too busy commuting to and from work, according to the report, which has cut down the free time they have available to do things like go to a restaurant or other activities before or after work.

"From a restaurant patron perspective, there is nothing more convenient than when the restaurant comes to them," Riehle said.

The report also found that restaurant operators across the board — from casual to fine dining — say their delivery and takeout sales are higher than they were two years ago.

"As America has matured, convenience has become an important driver," Riehle said.

This does not necessarily mean storefronts are going to go away, Riehle said. He sees this as an evolution of the food industry.

“In the end, what the consumer wants comes to fruition in the restaurant industry,” Riehle said. “It basically reflects a long-term trend of consumers shifting their food spending.” 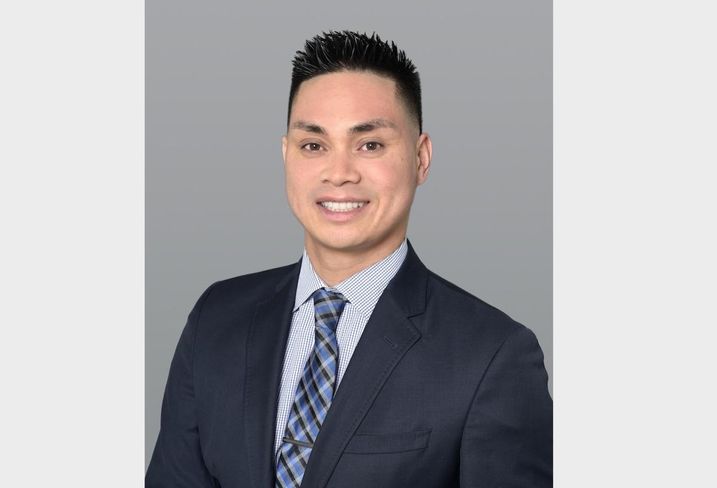 But will Kitchen United's ghost kitchens take off or disappear like previous iterations?

Sprig, a healthy food-centric delivery startup, raised as much as $57M since it was founded in 2013 but had to shut its doors in 2017 due to lack of demand. SpoonRocket, which provided delivered meals under $10 in 10 minutes or less, shuttered in 2016. Fastbite provided meals for around $15 and delivered in 15 minutes, but was acquired by a company before being discontinued.

Restaurant Business' Romeo said tech led the first generation of ghost kitchens but it flamed out.

“It was a compelling idea, but consumers didn’t know the brand," Romeo said. "These weren’t places that consumers had ever eaten in. The first wave came to a crashing halt."

Romeo said during this time, restaurant operators realized that all they needed was a kitchen for delivery. With delivery service booming, that got the restaurant industry's attention.

The initial cost of owning, designing and operating a restaurant is high, Nanquil said.

"Most restaurants fail after a year," Nanquil said. "Occupancy costs, especially in Los Angeles and Orange County, are high."

But ghost kitchens, very much like food trucks, will allow new brands to test themselves and possibly open their own storefronts later down the line, Nanquil said.

Hathaitham said Kitchen United is looking for locations in urban, dense areas nationwide. The company looks for about 8K SF of existing retail space, she said. Right now, the company has been repositioning older retail assets but plans for ground-up development will come soon.

One issue the company has run into is that the ghost kitchen concept doesn't necessarily fall under one specific category from a city perspective. Each city categorizes the concept differently, she said.

Kitchen United is not exactly a dine-in restaurant, a food court or a quick serve, she said, so in many cases, company and city officials have to come together to see how the venue passes through the planning commission.

While the first wave of ghost kitchens failed, Hathaitham believes Kitchen United will succeed because of the company's founders' long restaurant experience.

"Those guys know what they are doing," Romeo said of Kitchen United. "They have a lot of capital. They are operators. They’ve got a lot of smarts."

Romeo said expect this new generation of ghost kitchens to be part of the restaurant industry.

"In the next five years, they will be part of the scenery," Romeo said.