Standing in the middle of the Westfield Santa Anita's interior courtyard, Jennifer Taylor looks at the stores around her and recalls a time when the mall was nothing more than a collection of a traditional American brand anchor and retail stores.

She points her finger up at the direction of a Gold’s Gym. 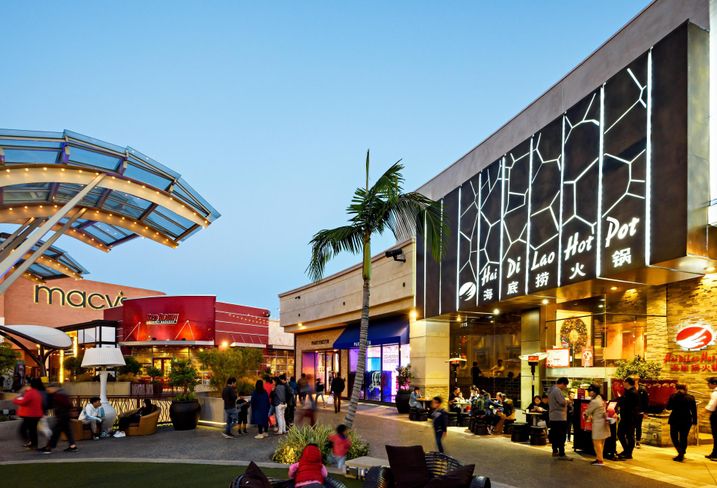 "I think that used to be a Buffums," she said, referring to a former upscale department store.

Taylor points in another direction.

“I think that was a Broadway,” she said of another former department store.

A mini-carousel used to stand at the exact site where she was standing, she said.

In the mid-1970s, Buffums, JC Penney, Broadway and Robinsons, which became a Robinsons-May and now Macy’s, anchored the super regional indoor mall formerly known as the Santa Anita Fashion Park.

Today, the Westfield Santa Anita mall is a collection of not only mainstream American stores, but also several Asian brand stores and popular Asian restaurants that can be found in China, most catering to the city’s high-end and growing Asian immigrant and Asian American population.

Walking around, the smell of sweet Taiyaki, a Japanese fish-shaped type of waffle, lingers in the air. Chinese characters are common sights on the front signage of retail stores and restaurants. Asian models can be seen in store advertisements. Performers juggle and sway noodles in HiDiLao Hot Pot restaurant.

At Wing Hop Fung, visitors could buy dried fish maw, a popular ingredient in soup that is supposedly high in protein and effective for healing weak lungs or kidneys and good for skin care. That could be had for $200 to $8K a pound. Dried abalone goes for $300 a pound here.

The mall also has a karaoke bar and lounge.

“When I was growing up, this was a predominantly Caucasian mall,” said Taylor, who is the managing principal at Alexian Advisors. “Now, it’s more of a reflection of the community.”

As traditional malls nationwide continue to struggle with rising store closures and growing demand for e-commerce, the Westfield Santa Anita has adapted and evolved by bringing in nontraditional Asian brand retailers, tenants and restaurants. 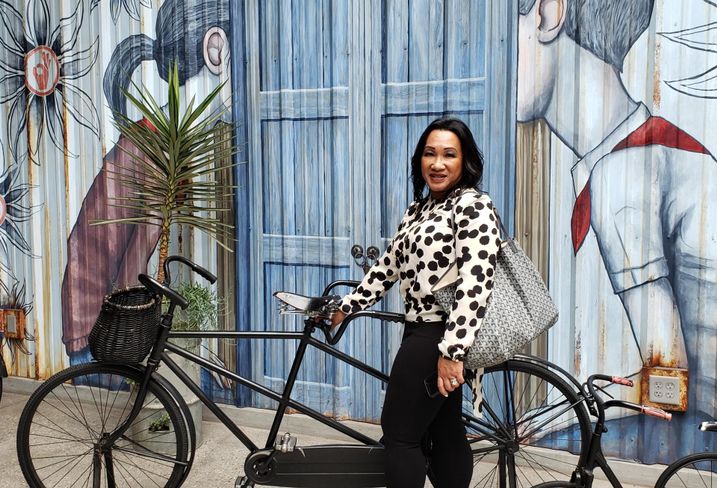 So far it has paid off, said Taylor, who focuses on urban ambiculture, which is the marrying of Western U.S. real estate with Eastern Asian concepts as part of her value-add real estate investment strategy. Approximately 15% of the stores are Asian brands and Asian restaurants, and the number of stores is growing, Taylor said.

"The Westfield Santa Anita highlights the growth of the Asian consumers," he said.

Though Asian Americans only make up about 7% of the U.S. population, the group is the nation's fastest-growing minority, according to data firm Nielsen. Since 2006, the Asian population in the U.S. has grown by 43%, more than any other race or ethnicity, Nielsen reported.

Not only are Asians growing quickly, but the group's overall high level of education and higher household income means it often has a lot of buying power. According to Nielsen, Asian American buying power has grown the fastest of all racial groups since 2000, reaching $986B in 2017 and it is projected to be $1.3 trillion by 2022. California had the largest Asian American consumer market, with $323B, Nielsen reported.

It is no surprise that many retail developers are catering to Asian consumers.

"Asian Americans are expanding their influence and voicing their preferences as customers, audiences and voters like never before," according to the authors of the Nielsen report Asian Americans Digital Lives and Growing Influence. "Thus, understanding Asian Americans has become more important for any organization servicing the American public."

But there is a catch, Taylor said.

"A lot of them say, there are too many different ethnic backgrounds and it's hard to capitalize on it," she said.

In Arcadia, a city of 58,000 residents located about 13 miles northeast of downtown Los Angeles, the Asian population has grown considerably in the past four decades.

In 1990, Asians made up about 23% of the city's population, according to the census. Caucasians were 71% of the population at that time.

By 2018, the unofficial census lists Asians as 61% of the city's population. 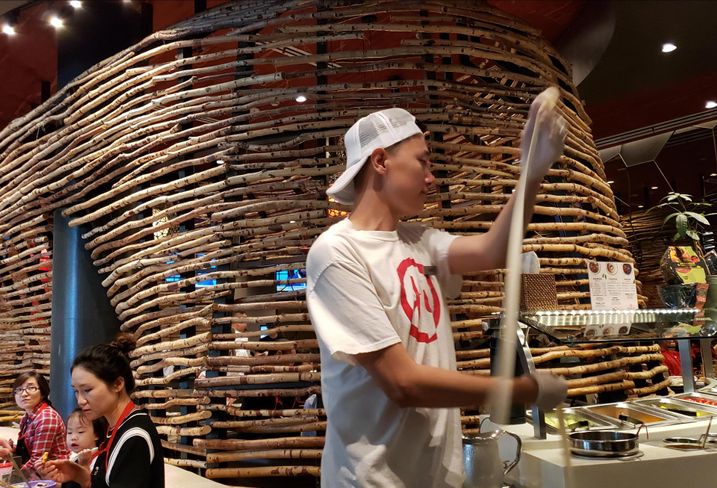 Taylor noticed Asians began moving to Arcadia in the late 1980s and early 1990s because of the area's good public school system. From there, more Chinese and Asian immigrants started to arrive, and their affluence was noticeable, she said.

The area soon became known as the "Chinese Beverly Hills."

"A lot of them bought the traditional ranch style homes in Arcadia and built McMansions so they can provide multi-generational living," Taylor said. "This is great for retailers because instead of coming home and talking to your husband or wife and kids about your retail experience, you're also talking to the grandparents or siblings. That word of mouth adds to the retail experience."

Westfield began looking into the Asian demographics sometime in the mid-2000s, Perez said. Westfield acquired the shopping center from TrizecHahn Corp. in 1998.

“I was at Westfield when the center started to evolve and began to add the Asian food and retail offering the demographic was calling for," Perez said. "We really looked at the demographics. We look at all of our [shopping] centers and ask ourselves, ‘What is the customer asking for?’ There's old money from Pasadena and San Gabriel Valley but the demographics were evolving towards a stronger Asian consumer [in Arcadia] ... We weren't catering to that Asian demographic. That was a big component for us. "

Perez said the company began analyzing retail sales of luxury brands and Asian consumers. The team found that food was a big component of what the local Asian consumers wanted.

In 2013, Westfield successfully landed HiDiLao Hot Pot, a prominent and successful restaurant chain from Jianyang, China. It was the first HiDiLao to open outside of China. From there, the company attracted Meizhou Dongpo Restaurant, a Sichuan styled restaurant considered one of the best in Los Angeles. Din Tai Fung, another popular dim sum place, soon followed.

"I've heard from industry reports that nearly 40% of consumers go shopping based on the center's food offering," Perez said. "That became a big focus for us."

On the Asian brand restaurants they have brought in, Perez said, "They have done tremendous volume."

Over the years, Westfield began bringing in other non-food Asian brand tenants. The mall contains a Uniqlo, Daiso Japan, Maneki Neko and more.

Perez said the shopping center will continue to evolve — and not just for Asians.

"Now the question is, how do we cater to the rest of the demographic?" Perez said, adding that he hopes to add multicultural restaurants and other stores that are reflective of the diverse community. "We think we've done a great job catering to the Asian community and look forward to continually expand our offerings with culturally unique concepts for our guests."