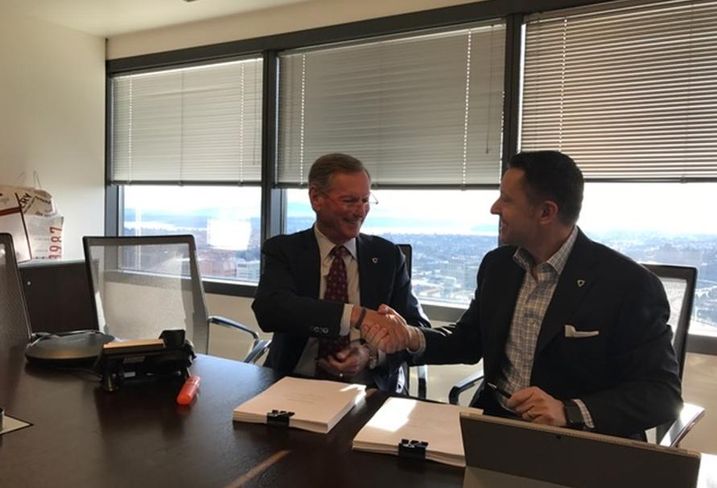 Kidder Mathews and Heger Industrial have agreed to a merger in a deal announced today that supports Kidder Mathews' West Coast expansion.

The combined company will bear the name Kidder Mathews.

Heger Industrial brings 25 brokers to the company as well as about 3.6M SF under third-party management, growing Kidder Mathews' management property portfolio in excess of 45M SF on the West Coast, according to Kidder Mathews chairman and CEO Jeff Lyon (above left).

Heger Industrial is headquartered in L.A. and will maintain offices in Commerce, Long Beach and Phoenix under the new name.

Lyon and Thornburgh met through mutual friends who are part of the Society of Industrial and Office Realtors, or SIOR, an organization Thornburgh will become global president of next year. He is currently the global vice president. 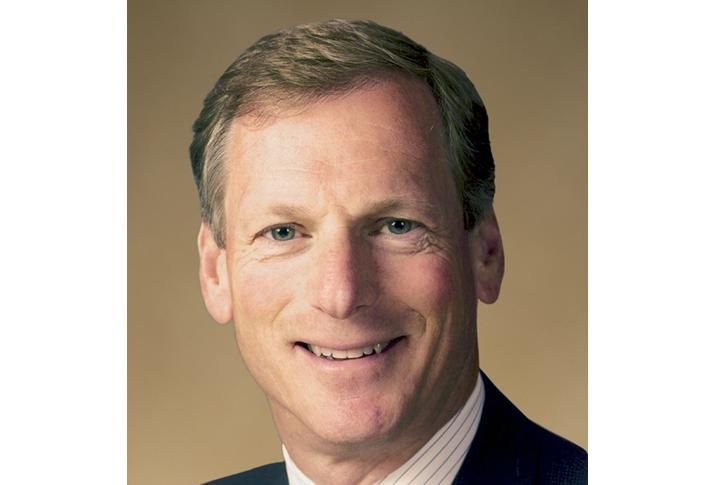 The two didn't initially come together with a merger in mind.

"The fact this came about so organically, it's just an absolute confirmation it was the right decision to make," Thornburgh said.

Thornburgh said he admires Kidder Mathews as a company that, similarly to Heger, leads with integrity.

"It’s a company that has values," he said. "It tends to be a focus from the leadership all the way down." 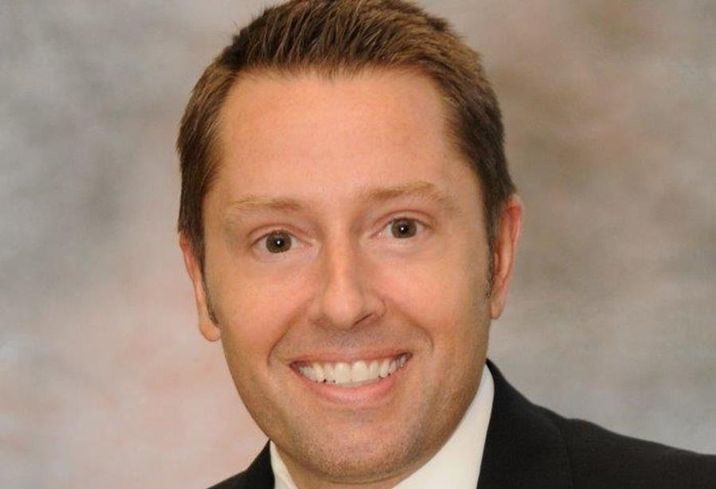 Lyon places the emphasis on his staff.

"It’s really about the people," he said. "The assets walk out the door every night on the broker side. We have a very beneficial platform and commission split for the brokers."

Kidder Mathews has grown over the past two years to 20 offices on the West Coast with more than 600 employees.

Thornburgh will be responsible for helping Kidder Mathews grow its business lines and will be part of the executive management team.

"I think what we’re hoping people understand is that Kidder Mathews is a great place for service providers to come and do their business, and now we’re down in the L.A. market in a serious way," Lyon said. "There are going to be opportunities for all types of service providers."

They plan to rebrand the offices on March 1.