The array of keycards Alex Kazerani and James Segil wore on lanyards around their necks for a previous job looked like bulky folding fans.

The cards were heavy and unsightly, Segil recalls.

"It was awful," Segil said. "In our former company, we had offices nationwide so we had to carry around all these different badges because each one gave us access to the [different] buildings." 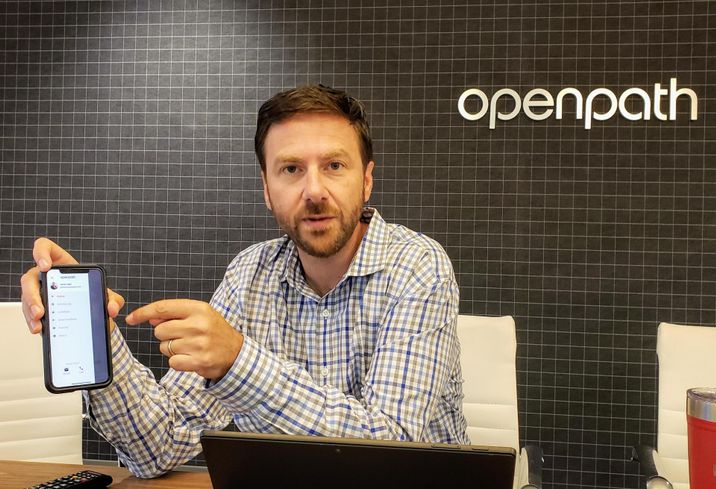 The badges were a necessity for security reasons, Segil said, meaning they had to carry them around most of the time. The thought of losing one or two and replacing them was another issue Segil hated dealing with.

"We had a full-time person just to print badges, issue badges and retrieve badges from guests and other employees, who visited from other offices. It was endless," Segil said. "Losing one was dangerous because it could easily be copied. ... There was a lack of security and personalization."

The experience of carrying around those bulky keycards and the hassle of dealing with them — something many office workers can relate to — was the inspiration for Segil and his business partners to create a company that aimed to change the way people walk into their office buildings.

After selling a company he co-founded with Kazerani, EdgeCast Networks, to Verizon in 2013 for a reported $400M, the tech entrepreneurs set their sights on building a seamless, frictionless, keyless entry system for commercial office buildings.

Openpath was born. Segil is the co-founder and president.

"We wanted to disrupt the industry," Segil said inside his Culver City headquarters. "We knew we had to build something mobile and on a cloud system."

Segil will be speaking at Bisnow's Future of Los Angeles Office event July 31.

Toronto-based Lane is providing workplace solutions services in buildings owned by its partners, including Brookfield and Colliers International. Lane connects the various different applications used for operations such as worker access, guest registration, maintenance and security that usually work independently from each other into one program for its partner companies. 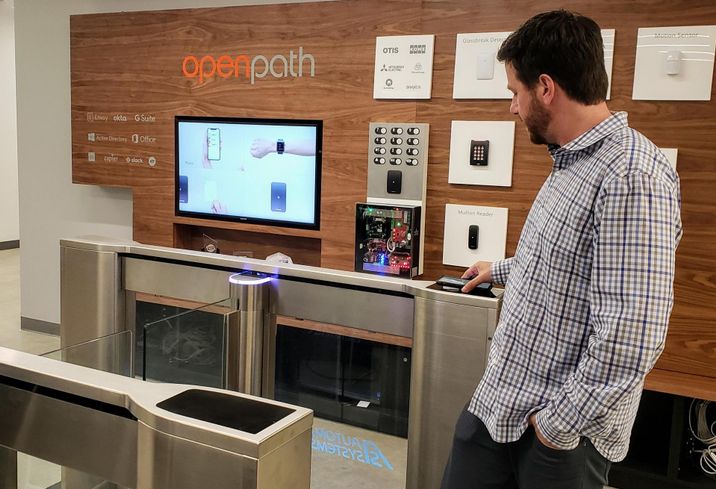 Openpath and these other tech companies are providing a more efficient and seamless workplace experience whether it is access control, property software integration and better connectivity, Lincoln Property Co. Head of Innovation Eric Roseman said.

"It's a race to standardization," Roseman said. "The office landscape is changing and, over time, the industry will modernize as more of these new technologies are implemented in other buildings."

Keyless and mobile access control systems in buildings are not new. Johnson Controls, KISI and others have been in the space for several years. But Segil believes Openpath has moved the technology forward.

Segil and his partners began developing Openpath in 2016. They started with $7M and spent a couple of years developing the product before raising an additional $20M in a Series B round led by Emergence Capital Partners last year.

Currently, most office workers have a keycard or fob and wave it over an access portal or reader to walk into their buildings or offices. Some offices have a code punch entry system and in a few older buildings, some employees still carry keys. There are office buildings that have application-based mobile entry but few employees use it, according to Segil.

"[Mobile entry] is sort of like the same thing as having a keycard," Segil said. "You have to take your phone out of your pocket, make sure you have service, open the app, scan it over the reader, then you put your phone back into your pocket or purse."

Openpath ditches the cards and keys and offers various types of mobile entry on a cloud-based system.

Employees can wave their phones over an access portal and/or have the option to set it up as a touch feature. In the latter scenario, the employee doesn't need to fumble around and remove the phone from a pocket or purse; just touching the reader with their hand or brushing against it with their elbow will allow them access to the building.

But there are concerns. What if the WiFi or cell service doesn't work inside the building? How reliable is it?

Segil said its 99.9% reliable due to the technology involved.

"The first one to get to the system unlocks the door and the other two are discarded," Segil said. "This ensures two things: 99.9% reliability and a sub-second unlock feed. It's a fast and reliable experience." 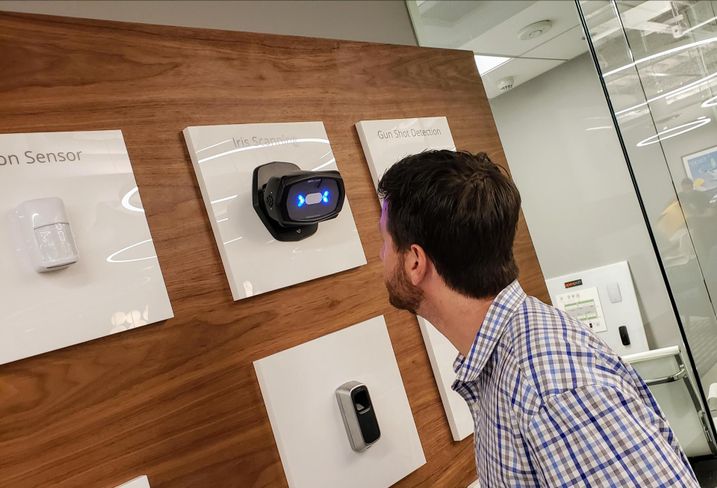 Segil believes the combination of the company's triple unlock and touch unlock technology will disrupt the industry.

Openpath's app and technology is also backward compatible, meaning if a building owner still prefers to use a key card, fob or punch entry system, Openpath can do that as well. The technology also supports biometrics and iris scanning, among other new tech, Segil said.

For landlords, building owners and property managers, the app gives them the ability to see which employees walk into the building, at what time and what doors they enter and exit from, in real time. Additionally, it gives companies the power to give a visitor access to the office, remotely lock doors and create zones.

"When it comes to the office experience, the sense of arrival is so important," Roseman said. "A clunky entranceway when using keys or card could be damaging for a building's reputation."

Roseman said Lincoln Property's goal is to future-proof the assets across its portfolio.

"Access control is one of the key initiatives in transforming the portfolio," Roseman said. "Lincoln is also making investments into other tech companies that it believes will help with building connectivity."

He didn't disclose the other tech companies.

"We cracked the code," Segil said. "We're the first people to do mobile entry right."