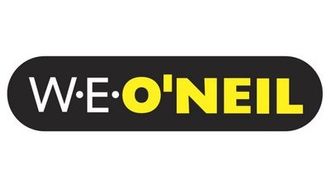 Santa Monica: Past, Present And Future

Recently crowned as one of LA’s most expensive neighborhoods, Santa Monica has often been a hub for development and construction, with its perfect weather and iconic landmarks, such as the Third Street Promenade and the Santa Monica Pier. Since the 1800s, SaMo has attracted tourists and businesses looking for a day at the beach, but the hood’s history wasn’t always so sunny. Bisnow partner W.E. O’Neil Construction is taking you through the centuries to see how SaMo has become LA’s biggest development hot spots.

After being connected to LA through the Los Angeles and Independent Railroad by Nevada Sen. (and town co-founder) John P. Jones, Santa Monica saw a flood of settlers, businesses and developments centered around the Third Street Promenade and the neighborhood’s famous beaches and amusement piers. Prosperity ramped up in the 1920s with both a population and a construction boom. Countless construction companies set up shop across the US, and soon many of Santa Monica’s famous buildings were popping up.

Even Santa Monica couldn’t keep shining under the dark clouds of the Great Depression. Construction, however, stayed strong with the federal Works Project Administration, setting up several buildings throughout the city, including City Hall (pictured) and Barnum Hall. Even as the US exited the Depression — and as impressive structures like the Sears Building and the Santa Monica Freeway kept builders active and brought the promise of prosperity — recovery was sluggish.

The new Santa Monica market has become a dream for construction firms like W.E. O’Neil, which has created several impressive properties throughout the neighborhood. The firm was instrumental in the creation of SaMo’s multiple-award winning Tongva Park and Ken Genser Town Square (pictured above), which provides a pivotal link between Santa Monica’s Civic Center and the neighborhood’s major natural, cultural and economic properties. As the new heart of the City of Santa Monica, the park features an outdoor amphitheater, playground (with splash fountains, various lookout points and gathering areas), picnic spaces and winding paths lined by landscaping. For this work and for its renovation to the City Hall Facade at Ken Genser Town Square, the firm received a DBIA Western Pacific Division Project of the Year award in 2014.

Just as Santa Monica Mall was upgraded in the 1980s, W.E. O’Neil has led the charge by bringing Santa Monica Place into the future with several projects, including the ArcLight Theater (a 50k SF, 12-screen, 1,500-seat movie theater complex on the third floor of the existing Bloomingdale’s department store), the Nike Store façade, tenant improvements for the mall management offices, and major renovations to the Place’s parking garage.

At the theater, W.E. O’Neil provided pre-construction and construction services with longtime national client Macerich, removing the existing roof and third-floor structure and installing a 25-foot-taller structure, all while the Place’s businesses were fully operational.

For the Nike façade, the firm included a variety of architectural features, such as a structural “glass box” at the corner display, wood siding (which simulated the look of a field house bleacher wall), a structural steel canopy and specialized LED lighting.

W.E. O'Neil renovated, reconfigured and made seismic upgrades to Parking Structures 7 and 8, which contain 1,600 parking spaces in two six-story structures, with the addition of a state-of-the-art parking control system, new retail spaces, and decorative façade with art from the City of Santa Monica civic art program. All of these upgrades were up to current ADA requirements.

With prospects only looking brighter in the future, W.E. O’Neil hopes to have plenty more projects in Santa Monica.

To learn more about our Bisnow partner click here.

W.E. O'Neil Construction
Established in 1925, W.E. O’Neil Construction Company has flourished into an award winning and nationally ranked construction leader. Our foundation is rooted in our people and our commitment to quality, integrity and responsiveness to our clients’ needs. Through four generations of O’Neil family leadership and 90 years of experience, the O’Neil name has been synonymous with quality professional construction services.
Confirmed! You are subscribed to the Bisnow Los Angeles E-Newsletter.
Bisnow LA Newsletter
Bisnow LA Newsletter