Maricela Hernandez has only been driving for Lyft for about a month but has already observed some key differences with ridership in certain markets.

Downtown Los Angeles has more competition. There are plenty of riders but longer drives and more traffic, she said. In Pasadena, there are more tourists. Most of the rides are shuttling people to and from their hotels.

Then there is the city of Monrovia, where a unique program is changing how Lyft is used in town. 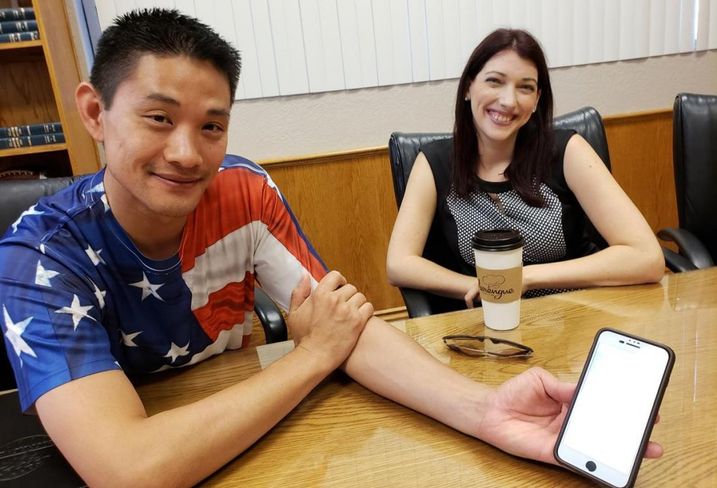 “It’s good for me because I get more rides and I heard Lyft gives us a bonus for the number of rides we get in a day,” Hernandez said during a recent trip. “Most of my trips are residents going to and from work or heading home from shopping.”

Since the city of Monrovia launched its unique public-private partnership with Lyft as part of the city’s GoMonrovia transportation program, ridership in the area has boomed.

Monrovia's program is the first of its kind nationwide, Chi and Lyft officials said, but could provide a road map for similar partnerships in other cities around the nation struggling with transportation challenges created as those cities grow, adding office and housing and the people and traffic that come with them.

In the past two-and-a-half months, Lyft drivers have provided more than 53,000 rides in the city.

By opening the Lyft application on a smartphone, riders can see plenty of drivers like Hernandez hover around the Old Town district waiting for passengers.

“There’s more usage than we could have imagined,” Monrovia City Manager Oliver Chi said in a recent interview. “It’s super successful. We keep getting shocked by the response from our residents.”

Any resident or visitor within specific boundaries in the city and parts outside of it can use the Lyft app, type the promo code “GoMonrovia” and request a ride.

As long as the ride is standard (not one of the upgraded vehicles) and begins and ends within the parameters, the ride costs 50 cents. The city will then subsidize the remaining cost. This allows residents a cheap alternative mode of transportation within the city.

Monrovia, the fourth-oldest city in Los Angeles County, is about 14 square miles. It sits in between Pasadena and Glendora.

The towering San Gabriel Mountains provide a unique backdrop on this old city that incorporated in 1887. The city has all the features of a Mayberry town. An old-school movie theater with a marquee anchors the Old Town strip, where on a recent day elementary school kids were waiting outside for a movie.

Seniors were sitting outside a restaurant sipping coffee and moms were pushing strollers up and down the sidewalk in front of small retail storefronts. 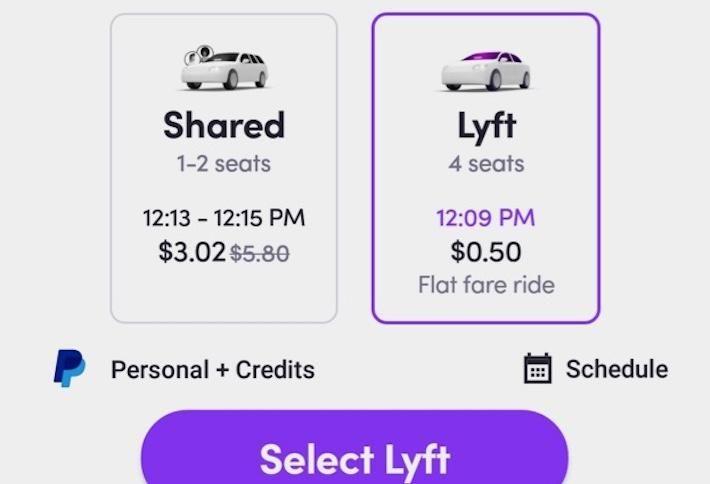 Bisnow/Joseph Pimentel
As part of Lyft's partnership with the city of Monrovia, rides are only 50 cents in certain parts of the city

But despite its charm, Monrovia, like many neighboring cities, deals with new-world issues: density, overpopulation and transportation.

In the past three years, the city has seen the addition of 300K SF of new commercial office users that brought with them 2,000 new employees, many of them working in biotech, science, R&D and other corporate jobs, Chi said.

Housing has also been an issue. Though the population over the past several years has remained even with about 38,000 residents, according to census numbers, rent and housing prices have gone up. The average apartment rental is $2,168, a 15% increase from the previous year, according to apartment and data listing site RentCafé.

This spurred more multifamily and housing developments in an effort to drive down the cost of housing.

“With all these new employees and the new housing comes impacts,” Chi said. “That’s where mobility comes in.”

To alleviate some of these problems, especially with parking and congestion in certain parts of the city, Chi said, the city came up with a unique transportation program. 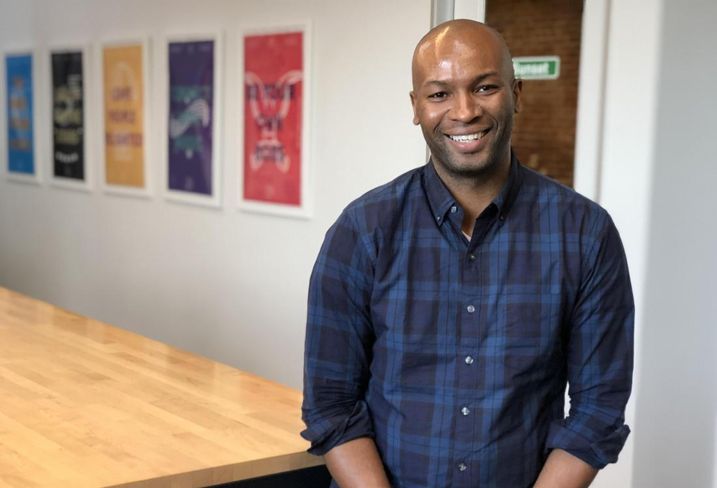 The GoMonrovia program, which the city council approved in February and launched the following month, partners with ride-sharing company Lyft and bike-sharing company LimeBike to provide residents and visitors with transportation options.

Traditionally, the city had allocated $1M toward a Dial-A-Ride program that was supposed to do what ride-sharing companies do — pick up residents and drop them off at a location within the city.

The program was inefficient, Chi said.

Last year, the Dial-A-Ride service was used only 36,000 times, costing the city about $25 a ride. The same 100 or so residents used it and the program was really slow, Monrovia Assistant City Manager Brittany Mello said.

“It’s supposed to be on demand,” Mello said. “It would take 45 minutes to get a ride or about two hours during peak times.”

Chi said they had to find a better, more efficient way to transport residents.

“It occurred to us, there is this speed in which people expect things to move, especially with transportation with Uber, Lyft and bike-shares,” Chi said. “What if we can blend ride-share and bike-share and offer that to our residents? Make it cheap, fast, affordable and personalized.”

Chi reached out to Lyft, which was more than open to the discussion. Chi did not disclose why Monrovia chose Lyft over other ride-sharing companies. 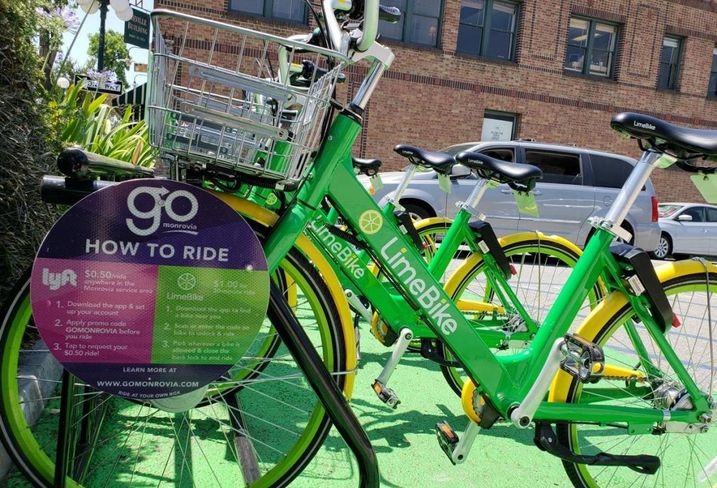 Bisnow/Joseph Pimentel
An advertisement for the GoMonrovia program on the Limebike docking station in Monrovia, Calif.

Lyft has engaged in other partnerships to provide transportation, including working with office landlords to get employees to work and with insurance companies to get patients to medical appointments.

GoMonrovia allows the public to hop on a green bike for $1 every 30 minutes and traverse around the city or grab a Lyft ride for 50 cents within the designated area.

Under the new model with Lyft, rides cost the city less than $6 per trip, Chi said.

Chi said the city modified its agreement with Dial-A-Ride. The Dial-A-Ride program now picks up nonambulatory residents, while Lyft picks up the rest.

The new program has been a big hit, Chi said.

Since launching the program in mid-March, more than 53,000 riders have used Lyft as their main mode of transportation within the city.

Most of them are visiting the Old Town, the Metro Gold Line, hospitals or the Westfield Santa Anita mall in neighboring Arcadia, Chi said.

Additionally, the bike-share component has allowed more than 2,000 people to ride LimeBike around the city. Riders have ridden a total of 5,200 miles. 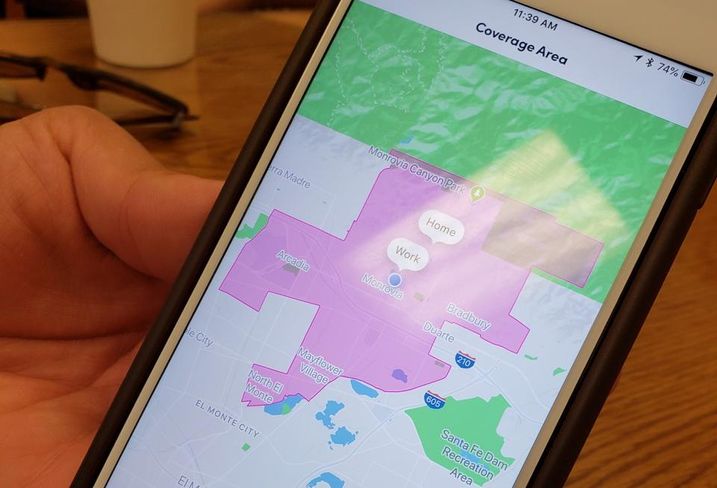 Mello, the assistant city manager, said the program's success has had many cities locally and statewide contacting her inquiring about GoMonrovia.

On average the city of Monrovia and other cities in Los Angeles County receive about $2.5M to $3M each year.

The $1M Monrovia had spent on the Dial-A-Ride program used about one-third of its tax allocation. Now, that amount is going to the GoMonrovia program.

"This is our residents' tax dollars, why not use it in a more effective way?" Chi said.

Chi said this program allows people better mobility and use of other public transportation. The biggest gripe people have is how to get to and from the Metro Gold Line, he said.

Narcisse, the Lyft general manager, said the partnership with Monrovia has been a success and the ride-sharing company hopes to expand it in other markets.

The program is still in its early stages and Narcisse and Chi said they expect to modify it down the line. But so far the program has benefited all parties involved.

“Being able to get a ride whenever you need to [is important]," Narcisse said. "It adds flexibility and mobility and that’s what people are looking for."