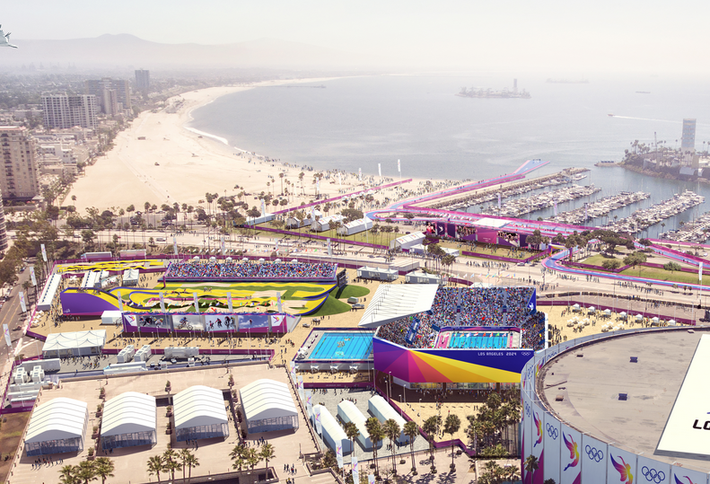 LA will be hosting the Summer Olympics in 2028, according to an agreement LA has reached with Olympics leaders. Paris will host the 2024 Olympics.

The International Olympic Committee is still expected to officially broadcast the news, the LA Times reports.

The news broke earlier in the day Monday, but in late afternoon LA Mayor Eric Garcetti and LA2024 confirmed it at a press conference.

Standing in front of a crowd at Carson’s StubHub Center, one of the proposed Olympic venues, Garcetti said it was a history-making day. The city plans to use existing sites for many Olympic venues.

“LA has always been a game-changer and will be again in 2028,” Garcetti said.

“Today, we have won the greatest prize of all,” Garcetti said.

Garcetti said the Olympics is more than about hosting the games as the city and its residents will also stand to benefit. Starting next year, money for the games will allow for every child in every ZIP code in LA to have access to sports, according to Garcetti.

The deal with the IOC includes at least $1.8B from the organization to LA2024 with advance payments of $180M for the extra four years of planning, according to the New York Times. The deal includes advance payment of $160M for youth sports programs, rather than waiting until after the games as is typical.

“That’s something worth fighting for,” he said.

If approved by both sides, the Olympics agreement is expected to be ratified by the IOC on Sept. 13 in Lima, Peru, LA2024 bid Chairman Casey Wasserman said. It also includes the IOC handing over its usual 20% share of any surplus revenue from the games to the local committee.