With Google And Facebook In Playa Vista, Expect Multifamily Rent To Continue Rising

With Google coming this fall and Facebook planning to expand in Playa Vista, the rental market in Silicon Beach will soon be flooded with thousands of the tech giants' employees looking for homes.

It is good news for landlords and multifamily property owners but bad news for incoming renters.

With Los Angeles facing a severe housing shortage and for-sale housing and rental prices for the area already among the top in the nation, expect rent and housing in Silicon Beach to continue to rise in the coming years, said experts at Bisnow’s Silicon Beach 2018: What's Next For LA's Growing Tech Sector? event.

More than 180 people attended the event Wednesday at the Bluffs at Playa Vista, owned and managed by Edward J. Minskoff Equities Inc. A nearly four-story tall blue “BFF” statue by artist KAWS stands at the entrance and welcomes visitors to the two five-story creative office buildings.

At the event, panelists discussed the state of the Silicon Beach area, its growth and its further expansion to the south. They also briefly discussed the Transit Oriented Communities Program and Opportunity Zones.

Startups, entertainment and tech companies also are growing in nearby Venice and Santa Monica — cities included with Playa Vista in what has been dubbed Silicon Beach. Panelists said Silicon Beach is expanding across the Westside from Century City to the South Bay in Hawthorne and San Pedro.

“You’re seeing a shift in the area because I don’t think these [tech] companies can have a forever supply of talent in Silicon Valley,” Handleman said. “They need to come down here to grab more talent and get a bigger amount of geography so they could grow their business.”

The rise of creative tenants has fundamentally changed the office scene in the area, panelists said.

It is almost a requirement that when developers or investors look inside a building, they want to rip out the drop-down ceiling to expose it, Captiva Ventures Managing Partner Brian Abers said.

“The big component of the creative office concept is the lifestyle that comes with it,” Abers said. “So when you’re trying to attract talent to your company, you’re not just selling them on the space but the life they are going to live spending time in that space five days a week.”

“The building is their brand,” McElyea said, adding that her company has hired high-end residential decorators to outfit creative office space. “They want to be set apart from the traditional office space.”

But as creative tenants continue to flock to the area, the demand for multifamily units is spiking.

High demand, crunched housing supply and an entitlement process in the area such as Santa Monica’s taking years to develop a single project will continue to drive up rent, several panelists said.

Two of the top five most-expensive places to rent an apartment in the nation are in Silicon Beach, according to apartment rental resource site ApartmentGuide.com

Sorochinsky said she would not be surprised to see a 350 SF to 400 SF studio going for as much as $3K a month in Santa Monica.

Sorochinsky and other panelists said there are no easy solutions to the issue. But one idea that some of them are looking at is the viability of co-living developments.

"That could be the wave of the future," she said.

Check out a slideshow of photos from the event here: 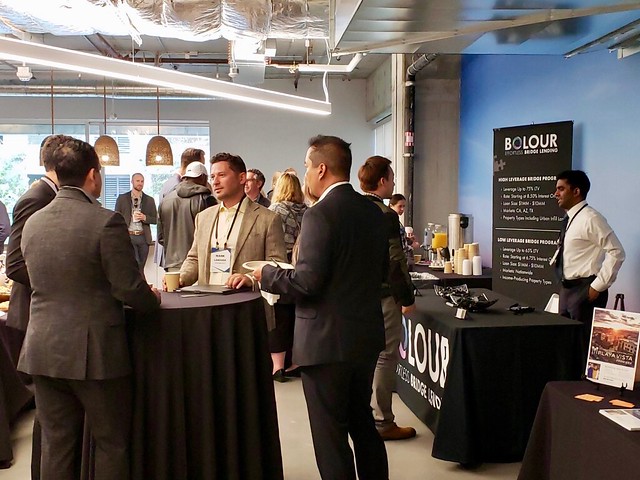