Century West Partners has secured $126.4M in financing with CBRE's help to develop a $280M multifamily project at 201 W Lexington Dr in Glendale. 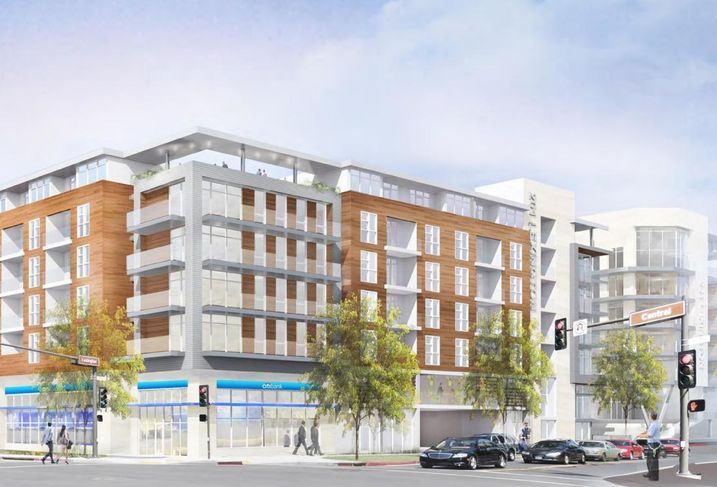 Courtesy of CBRE
Rendering of Next on Lex

The mixed-use development, known as Next on Lex, will consist of 494 units and 8,100 SF of retail, including a new Citibank branch, CBRE VP Brandon Smith tells us. The units will range from studio to one-, two- and three-bedroom apartments.

Construction on the project began last month, according to Fifield Realty Partners CEO Steve Fifield. The Fifield Cos, along with Cypress Equity Investments, own Century West Partners. They chose downtown Glendale because it “has blossomed into a real live/work/play, 24/7 submarket,” Steve says.

With amenities nearby, including the Americana on Brand and Glendale Galleria, renters will have plenty of local retail to choose from, according to Brandon and Steve.

Next on Lex also will have its own retail offerings, such as a coffee shop, café, wine bar, pet boutique or similar businesses, Steve says.

The complex will feature “top of the market” amenities in the units, Brandon says, and renters will be able to enjoy parking for bikes, a business center, a large fitness center and yoga studio, a media room and game room as well as a swimming pool, a massage room and hot tubs.

“The most noteworthy of this list will be the outdoor spaces, which will provide residents with a second living room to enjoy within their community,” Steve tells us.

Century West is a longtime client of CBRE's, Brandon says.

The first units are scheduled to be available in Q3 2018.