The Los Angeles Board of Harbor Commissioners has unanimously approved the first phase of a much anticipated revamp of the San Pedro Public Market.

During Thursday's hearing, a couple of board members were expressive about finally having the developer, a JV of the Ratkovich Co. and Jerico Development, begin work on the $150M project that will reshape 29 acres of San Pedro's waterfront. 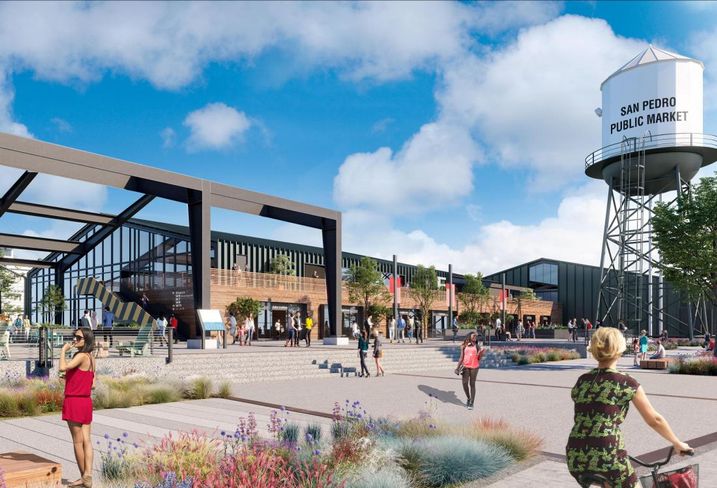 "This is a great day," Board of Commissioner Vice President Edward Renwick said during the public hearing. "Congratulations to the team and everybody else."

Commissioner Anthony Pirozzi Jr.​ said the public hearing did not receive any public complaints or opposition.

"This is what the community has been waiting for, for a long time," Pirozzi Jr. said. "It's going to bring many back to our waterfront."

The Ratkovich Co. and Jerico Development plan to transform the site as a waterfront promenade as a three-quarter-mile stretch along the water featuring 100K SF of restaurant, 40K SF of retail and 30K SF of office for maritime businesses, according to the staff report. The JV will also refurbish the existing dock and create new, floating decks for commercial sports fishing, whale watching, harbor cruises and water taxis, a staffer said during the hearing.

The first phase is expected to be completed sometime in the fall of 2021. As part of the agreement, commission staff advised of a threat of rising sea levels in the future. Staff said the JV had no problem with the possibility and would not hold the commission liable for damages if there is a sea level change.