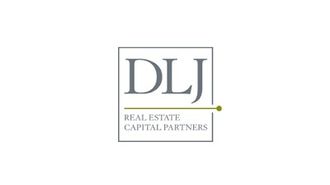 Their mixed-use development, Eastown, is a fusion of retail and residential in the heart of Hollywood, featuring 535 luxury apartments and townhomes, 75k SF of retail space and 1,300 new parking spaces.

Rounding out Eastown’s offerings are SoCal local favorites Greenleaf, Pressed Juicery and Champagne Nails. The East Hollywood district has rapidly evolved into a live/work/play neighborhood, with its own Metro stop and office, hotel, recreation and shopping opportunities feeding into a vibrant, 24/7 pedestrian-friendly atmosphere.

With future development plans and new construction projects popping up in the region, DLJ is at the helm of the revitalization of a major urban center that’s been all but forgotten in the national dialogues surrounding mixed-use developments. The firm maintains high hopes the seamless integration of working, living and shopping will create a neighborhood and tourist hotspot with its own distinct flavor.

“When you create a sense of place, you can truly transform a community and turn it into a destination,” says Frank Stephan (above), a partner at DLJ and Clarett West who oversaw the development of Eastown. “You’ve seen a real renaissance begin to take shape in East Hollywood, which I expect will only continue for years to come.”

Sushi of Gari Hollywood echoes Frank’s sentiments. After scouting out several properties throughout the Los Angeles area, the restaurant found Eastown a ready, welcoming community for the New York-based brand.

Tomorrow, Eastown will welcome another New York favorite: Shake Shack. LA natives are notorious for their undying love of Cali favorite In-N-Out, but locals and tourists alike welcomed Shake Shack’s classic burgers, fries and famous secret sauce and frozen custard with long lines when the restaurant opened its first California location earlier this year in West Hollywood. The restaurant’s executives believe the Shack’s warm environment will establish it as a fun, communal gathering space for residents and visitors in East Hollywood.

“We have been humbled by how the Los Angeles community has welcomed Shake Shack when we opened our first-ever Shack in West Hollywood,” Shake Shack brand and regional marketing and communications director Laura Enoch says.

DLJ Real Estate Capital Partners
We look for well-located assets in select major cities where pricing dislocations or active management will generate attractive risk-adjusted returns. We invest on a property-by-property basis with an emphasis on dynamic communities. We believe people want to live and work in neighborhoods that are urban, walkable, and sustainable. Established in 1995 as the real estate private equity platform of Donaldson, Lufkin & Jenrette, Inc., our investment partners include government and corporate pension funds, sovereign wealth funds, foundations, endowments, and high-net-worth families.
Confirmed! You are subscribed to the Bisnow Los Angeles E-Newsletter.
Most Read Stories
More Top Stories
Bisnow LA Newsletter
Bisnow LA Newsletter