Miracle Mile is getting a new megadevelopment. 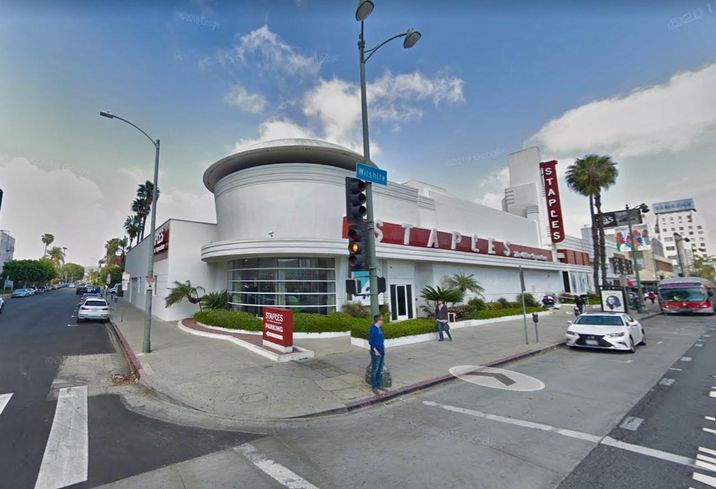 Google street view
Developer Walter Marks is planning to a build a 371-unit multifamily skyscraper in the Miracle Mile neighborhood of Los Angeles.

Marks has owned the 1-acre site, which is currently a 45K SF Staples, since 1988, according to data site Reonomy.

Marks is betting big that Angelenos will move into the Miracle Mile area, according to the Times.

“There are going to be a lot more people [on Miracle Mile]," Marks told the Times. “Industry follows people, my grandfather used to say.”

The planned development comes as Miracle Mile is seeing an influx of major projects come into the area.

Marks' development sits along one of the LA Metro's planned extension stops for the Purple Line, which will open in a couple of years and bring an estimated 50,000 weekday riders, according to the Times.

Architect Renzo Piano is finishing up the new 300K SF The Academy Museum of Motion Pictures along Wilshire Boulevard and Fairfax Avenue. The museum is slated to open later this year.

Marks' building, which still needs to be approved by the city, is set to capitalize on the growing area. The building, slated to open in 2023, will feature a curvilinear exterior and high-end amenities including swimming pools, a bowling alley, a VR gaming room, barbecue pits, a dog exercise area and a walking trail, according to the Times.

The building will also feature a robotic parking system.

“It’s going to be a first-class building,” Marks told the Times.