After several hearings, the Santa Monica Architectural Review Board has approved developer WS Communities redesign of a 67,500 SF mixed-use residential and commercial building in Santa Monica.

Studio T-Square 2 is designing the project, which will replace a surface parking lot just south of Santa Monica Boulevard.

Some of the modifications include changing the building’s color, creating an open courtyard and activity spaces, and the repositioning of some landscape planters. Several residential units on the upper floors will have larger, private, open space balconies.

“The City of Santa Monica is known to have a lengthy review process, but with their input, we ended up with a more cohesive concept which improved the project’s overall design and livability,” Studio T-Square 2 principal John Waldron said in a news release.

WS Communities’ proposed development at 1430 Lincoln Blvd. will rise five stories and feature 100 residential units, 5,900 SF of ground-floor commercial space, a gym, a spa and a four-level subterranean parking garage. With the approval, groundbreaking should commence in spring 2020. 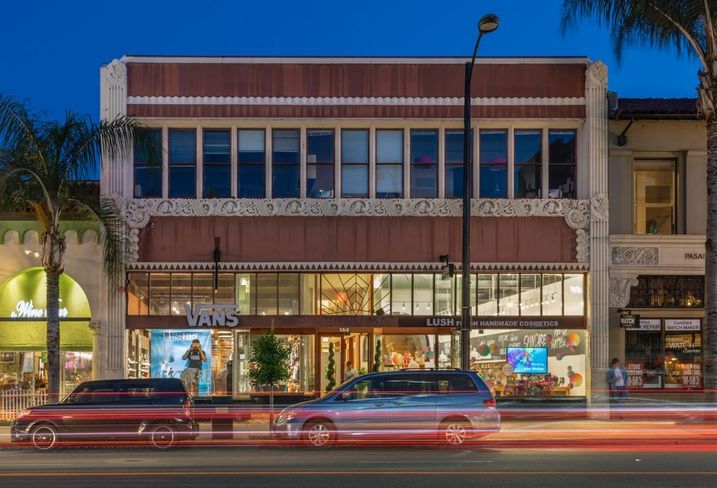 Courtesy of CBRE
The Fish Building at 26 East Colorado Blvd. in Pasadena

In an all-cash deal, a private investor has purchased a 32-unit multifamily property in Anaheim from the Williams Family Trust for $6.21M. Built in 1960, the property at 1569, 1575, 1579 and 1585 West Ball Road features four buildings on four contiguous parcels. The units are a mix of 24 one-bedroom, one-bath units and eight two-bedroom, one-bath units. CBRE’s Dan Blackwell and Sean Farag represented the buyer.

Trion Properties has sold a 41-unit apartment building in Los Angeles to a private investor for $9M. Built in the 1920s, The Eleanor at 412 South Lake St. was fully renovated and has maintained a 93% occupancy since Trion acquired the property in 2013. Marcus & Millichap’s Tony Azzi and Rabbie Banafsheha represented the seller. 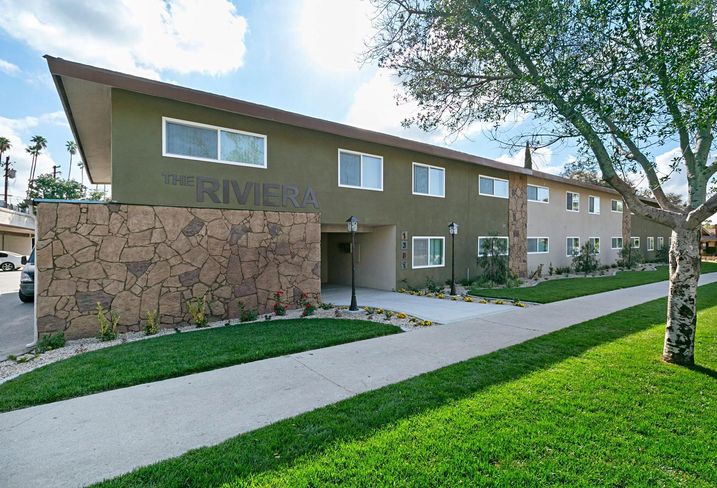 A private investor has purchased a 9,600 SF office building in Santa Ana from KHR Legacy for $2.25M. The office building is located at 1585 East 17th St. Lee & Associates’ Allen Buchanan, Phil Fridd and Joshua Harper represented the buyer and seller.

The Goldfinger Group has acquired a 12-unit multifamily complex in the West Adams neighborhood of Los Angeles from a private investor for $2.92M. Built in 1939, the property consists of two two-story buildings at 3807-3815 West Adams Blvd. The brokers of the deal were not disclosed. 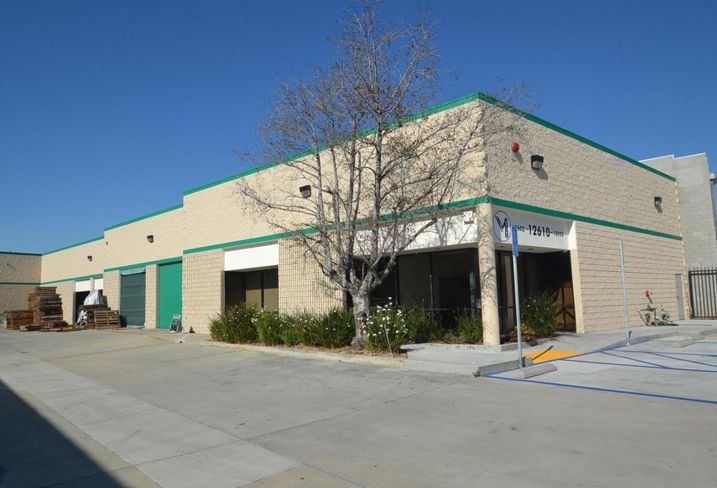 Tropical Creations Landscape Contractors has acquired a 10,200 SF industrial building in North Hollywood from an undisclosed family estate for $3M. Tropical beat out eight other bidders for the building at 12610 Saticoy St. South. Capital Realty Solutions' Ash Joshi, who represented the buyer, won out in the competitive process by assuring the seller's family that the building would remain in the landscaping and agricultural industry. Lee & Associates' Colleen Carey represented the seller.

Palm Villa Townhome Complex has purchased a 78-unit multifamily property in Reseda from an undisclosed company for $30M. Built in 1987, the Villa Grande Townhomes at 18641 Saticoy St. features a mix of two-bedroom and three-bedroom townhomes averaging 1,057 SF. Berkadia's Vince Norris and Eric Norris represented the buyer and seller.

The Goldfinger Group has sold an 11-unit multifamily property in the Mar Vista neighborhood of Los Angeles to an undisclosed buyer for $5.28M. The property at 12518 Venice Blvd. features three buildings on a 14K SF lot. The brokers of the deal were not disclosed.