What Recession? Construction In The San Fernando Valley Chugs Along

Economic storm clouds may be gathering elsewhere in the U.S., but the sun is still shining on the San Fernando Valley. In neighborhoods like Reseda, Canoga Park and Sylmar, construction is blazing away, fueled by a diversifying population and a surge of new corporate interest.

“I’ve been here for 30 years, and this is the busiest I’ve ever been,” said John Parker, who co-founded Canoga Park-based construction firm Parker Brown Inc. with Scott Brown in 1994. 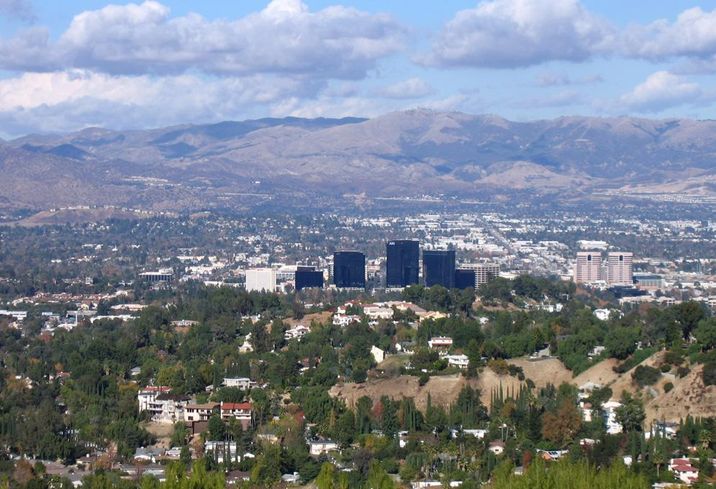 Wikimedia Commons
The San Fernando Valley, with Warner Center in the foreground.

The gross domestic product of the Valley increased by 4.3% annually between 2014 and 2018, outpacing Ventura, Los Angeles and Orange counties, according to a report from California Lutheran University’s Center for Economic Research and Forecasting.

Year-over-year job growth in the Valley hit 2.4% in 2018, the report stated. But in construction, employment ballooned by 6.7%.

That robust growth is underpinned by projects ranging across asset classes, from new hotels, office buildings and retail spaces to renovations at healthcare centers, schools and museums.

Westfield is planning a massive mixed-use development revolving around two hotels on the site of The Promenade, an abandoned shopping mall in Warner Center. Just to the southeast, Adler Realty is planning another hotel. Parker said these hospitality projects indicate that the Valley is becoming more of a destination for business travelers and tourists.

A growing consumer base is also fueling a construction boom in the world of retail. Parker Brown led the renovation of a barbershop called Leatherheads in the downtown district of Canoga Park. The expansion doubled the shop’s floor space, to 1,400 SF. Parker Brown also completed spaces for two restaurants at De Soto Avenue and Nordhoff Street in Chatsworth. Fire Wings and Capriotti’s Sandwich Shop will each take up about 1,500 SF, Parker said.

Despite reports that high taxes are causing California companies to leave the state behind in search of greener pastures, Parker said, many Northern California office tenants have actually expanded into Southern California. Facebook inked an 80K SF lease at the Harman Campus in Northridge in 2017.

“The San Fernando Valley is the natural place for Silicon Valley companies to expand,” Parker said. “This is a huge population center with a lot of young talent.” 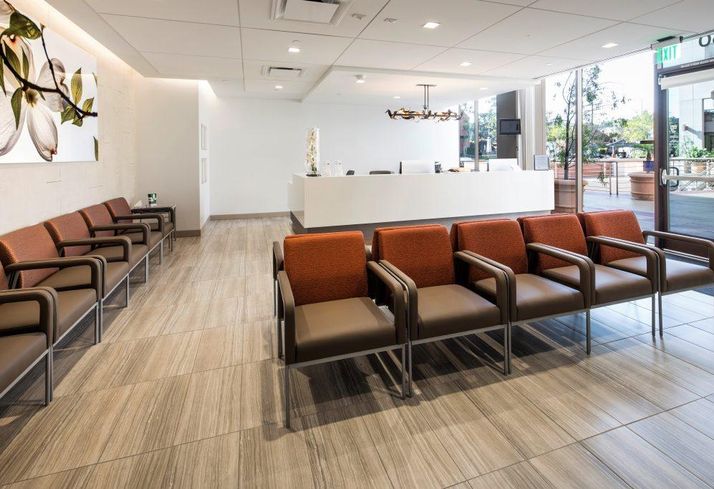 That growing population is being housed in a number of new and rehabilitated multifamily residences. Parker estimated that within a quarter mile of his company’s Canoga Park headquarters, no fewer than eight projects were in the midst of renovation, repositioning and construction.

The arrival of these new residents is also driving the need for local infrastructure. Parker Brown is leading the renovation of Reseda’s Magnolia Science Academy, part of a charter school system throughout the Valley.

As the population of the Valley continues to age, Parker said, he expects to see memory care and senior housing projects grow alongside urgent care and outpatient facilities.

Much of the expansion coming to the Valley is thanks to the availability of cheap land and a lower cost of construction.

“Back after World War II, a lot of the land out here was dedicated to Cold War-era defense initiatives,” Parker said. “Now those areas are coming out of industrial hands and being used for more dense development.”

Even as the economy flashes warning signs, Parker was bullish on the future of the Valley, and said that the only other time he has seen the construction market this busy was in the wake of the 1994 Northridge earthquake, when thousands of homes and buildings needed to be demolished and rebuilt and many more required renovations. With the economy humming, he does not foresee a slowdown in the pace of the work anytime soon.