After California's Fires, Paradise Offers Lessons In Rebuilding And Resilience

In the first month after his Anaheim Hills home burned down in 2008, Brian Stanley wasn't sure how he could handle the stress that came his way.

To say his stress level was high would be an understatement. There were times when he was about to lose it, he said.

The emotional toll of seeing his home burned down, the constant calls with his homeowners insurance company and reassuring his family that everything would be all right was really high, he said. 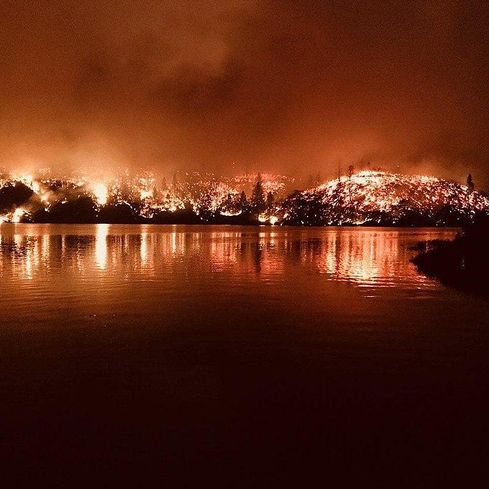 “At that time, you still have to pay your mortgage, you’re talking to your insurance company, you’re trying to rebuild your house, your life. At what point are you going to crack?” Stanley said to Bisnow. “It’s tough. All you're thinking about is that all your money on the house is upside down and you want to take care of your family and get some normalcy back in life."

"That’s why you see a lot of people, they just sell and move on," Stanley added. "It’s endless.”

Stanley was one of 300 or so homeowners whose homes burned down or were severely damaged due to the Freeway Complex Fire that broke out in parts of Southern California in 2008.

A person driving a car with a faulty catalytic converter started the blaze that began in mid-November in the city of Corona. Fierce Santa Ana winds spread the wildfire to Yorba Linda, Anaheim, Chino Hills and parts of Los Angeles County. In total, the fire charred more than 30,000 acres and destroyed or damaged 380 residential and commercial structures, according to the Orange County Fire Authority.

As the state’s climate changes and California endures another deadly and costly wildfire season, residents and builders, who are still rebounding from prior years' fire season, are going through another painful task with rebuilding their lives and homes.

Already in the midst of a housing crisis, in the past two years, California has been ravaged with wildfires. As many as 32,000 homes, 4,300 businesses and 8,200 vehicles or equipment across the state were destroyed or damaged due to a wildfire, according to the state’s Department of Insurance. Total losses have reached more than $30B.

Last year in November, in Southern California, the so-called Woolsey Fire burned nearly 97,000 acres and damaged and destroyed 1,600 homes or other structures in Malibu and parts of Ventura County.

The Camp Fire, which investigators say stemmed from a faulty PG&E electrical line, ravaged more than 153,000 acres, 19,000 homes, commercial buildings and other structures, mostly in the town of Paradise and other parts across Butte County. At least 85 people died.

The Camp Fire, many experts say, is the deadliest and most destructive wildfire in the state’s history.

“There’s no doubt about it, this is from climate change,” State Building and Construction Trades Council of California President Robbie Hunter said. “Right now, we’re dealing with climate change and a shortage of water.” 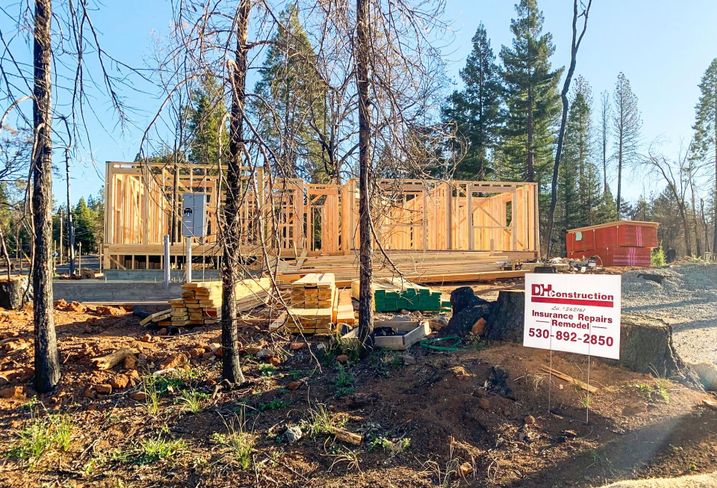 While no one affected by the Woolsey Fire in Malibu has yet completed a home project, according to Malibu city officials, construction in the town of Paradise has been up and running. Hundreds of construction workers can be seen daily framing and building homes.

DH Construction Vice President Ken Daley said construction has been booming in this small town in Northern California, about a 90-minute drive from Sacramento.

The lush giant groves of redwood and pine trees that once were common sights in residents’ backyards and in the forest environment are mostly gone. Those trees fueled the fire and have been cut down and cleaned out, Daley said.

Daley said it will be at least 10 years before Paradise becomes a thriving city, pre-Camp Fire. The fire had decimated 90% of the town.

“There are a few businesses that are operating but none of them seem to be very busy,” Daley said. “But the food and restaurants in town are very busy. Auto repair places are also very good and a few real estate places that are selling vacant lots.”

Daley said his company, which specializes in insurance-related reconstruction, has 30 residential and commercial projects.

But the statewide labor shortage in the residential construction industry and the constant state of rebuilding in the areas where wildfires were is affecting the workflow.

To make sure their projects are running on time, the company recently acquired an eight-unit apartment building, which feature a mix of two- and three-bedroom units, to house their workers that are coming in from Sacramento and Sparks, Nevada, along with subcontractors across Northern California.

"We bought the apartment complex to provide some transitional housing,” Daley said. “This way we can bring someone from Sacramento and stay there for a while and get a place to live.”

Before the acquisition of the apartment complex, Daley said the company would house workers at a local hotel or pay them to commute.

Daley said there is a need for qualified workers, “to keep the wheels turning.”

“We’ve had a labor shortage before the situation with the fire. Now it has become worst,” Daley said, adding that the town has issued more than 500 building permits. “We have enough to get the job done, but we still need more resources.”

Aside from the shortage of construction workers in the area, some residents who were displaced by the fire in Paradise are worried about being left out once the town is fully redeveloped, as prices rise and people begin to be priced out, the Washington Post reports.

As brand-new, fire-resistant homes get built and investors flock to scoop up vacant land to build investment projects, low-income residents of Paradise have asked town officials to build affordable and low-income housing as part of the development plans.

“If you check what happened after New Orleans, they got rid of all the poor people like me,” Paradise resident John Gillader, 62, said to the Washington Post. “We were probably the last affordable community in California.” 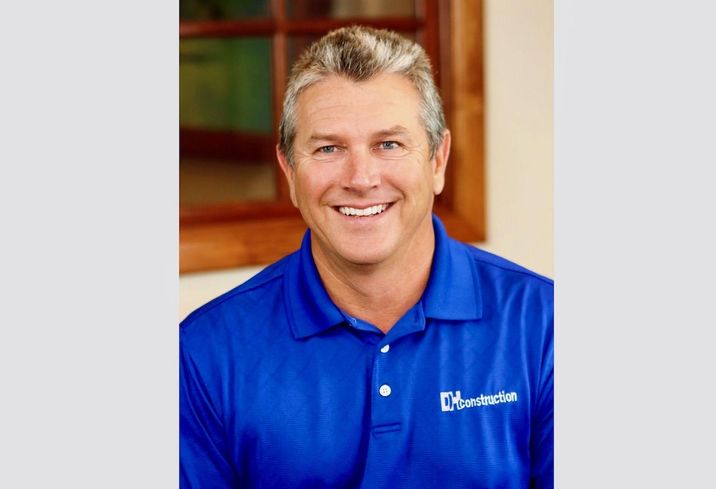 An Urban Design Associates official, who is aiding the town in its redevelopment efforts, said he understands the need for low-income development but cost will be a challenge.

“We can’t build a home today for what it would have cost 40 to 60 years ago,” Urban Design Managing Principal Barry Long told the Post.

Construction and material costs have gone up, Daley said. Daley added that getting an insurance policy to cover your home in fire-prone areas has also become difficult.

“Cost has skyrocketed from labor to materials,” he said. “If the local places can’t supply it, we have to get the materials from Sacramento or somewhere else and transport it here. That drives up the cost.”

Daley said there is a lot of work to be done in this town, and other areas that were affected by the wildfires in recent years. The homes will be built with modern fire standards.

“In Paradise, I believe very strongly it will come back,” Daley said. “I think it will be slow and steady. It’s a beautiful place. It’s a wonderful place to live up there but they have to be patient.”

For Stanley, the Anaheim resident who rebuilt his home after the 2008 Freeway Complex Fire, he sympathizes with the people whose homes were burned down to the ground by the recent wildfires.

Emotionally, it is a long road to recovery, Stanley said.

“I just remember seeing my home, it was devastation,” said Stanley, who owned a three-bedroom, two-and-a-half-bath house in Anaheim Hills. “Everything we had was gone. You walk around the house and try to salvage what you can. All your memories and things are all destroyed.”

In the days, weeks and months after, Stanley said the most difficult part during the rebuilding process was dealing with the insurance agents and unscrupulous construction companies.

The first thing he recommends to those who are going through what he went through is to collect your emotions.

"Take a deep breath, everything will and everything will get better," Stanley said. "Don’t sign papers with insurance or sign contracts with builders. Some builders to me are like a used car salesman and they are going to try and get you to buy something you don't want. Shop around and get a lot of quotes."

Stanley said to call the assessor's office to waive that year's property tax assessment. He also said to work with city planning officials and ask to waive certain permit and building fees and to streamline the process.

Stanley eventually rebuilt his home, adding an additional 1K SF, two more bedrooms and two bathrooms, with all of the modern fireproofing standards.

Looking back, he said he probably would have spent less money to rebuild his home. He has to pay a higher property tax because of the additional square footage.

However, the ordeal has made him become more of a community advocate and fire watchdog. In the years after the fire, he has received his Community Emergency Response Team certification and volunteers in fire events hosted by the city or the local fire department.

It is a tough road, he said. Some neighbors whose homes were burned down, collected their insurance check, sold the lot and left. Others chose to rebuild.

One thing is certain, this whole ordeal has made him a much more resilient person.

"This experience changes us," Stanley said. "It changes us for the rest of our lives."