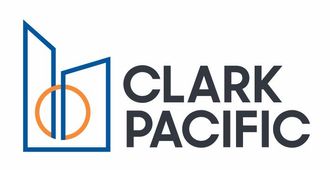 Prefabricated Façades Offer Builders Benefits That Are More Than Skin-Deep

What do Frank Gehry’s The Grand LA, new student housing at California State University, Los Angeles and a mixed-use building in San Diego’s Little Italy neighborhood have in common?

At first glance, not much.

The Grand is an iconic two-tower residential and hotel complex rising across the street from Los Angeles’ Walt Disney Concert Hall, also designed by Gehry. Cal State LA’s $170M Student Housing East project is a bid to polish the university’s curb appeal to prospective students, and the Kettner is a 235K SF office and retail building with a partial brick exterior that helps it fit seamlessly into a popular San Diego neighborhood.

But while very different in appearance, each building features a prefabricated façade manufactured and installed by Clark Pacific. Jim Lewis, director of sales for the West Sacramento-based company, said the flexibility of prefabricated façades can bring to life the unique designs and details that owners and architects often seek.

“I think of it like an F-150 pickup truck,” Lewis said. “It's a standard chassis system, but we're able to do a lot with the aesthetics on the outside of the facade.”

The aesthetics of the Cal State LA building highlight the flexibility of prefabricated exteriors, Lewis said. Rather than the plain, boxlike dorms that people might recall from their college days, the L-shaped, 1,500-bed structure has an exterior look that he described as kinetic.

Using Clark Pacific’s Infinite Façade building façade system, Michigan-based architect HED and McCarthy Building Cos. of St. Louis designed and built a structure with a floating concrete skin on a metal frame to create an exterior that resembles bolts of fabric. Additionally, the surface of the façade subtly changes hue as the sun makes its way across the sky.

“The prefabricated façade is designed as a 100-year precast material but allows us to do architectural expression and create depth in the façade, complete with pre-installed windows,” Lewis said.

This system also allowed the collaborative project team to shave three to six months from the schedule, Lewis estimated. The key to success for this or any project, he said, is the early involvement of the decision-makers with Clark Pacific’s team of architects, engineers and designers. This allows his team to present digital designs and detailed mock-ups during design charrettes, enabling the client to make decisions earlier in the process.

“When you do prefabrication, you're working with the building’s design team early in the project, sometimes as early as the conceptual design,” he said. “The team learns what can be done with prefabricated façades, and then they are able to make decisions in real time, which reduces redundancy in the design and improves the supply chain deliverables."

This process has also provided some unexpected benefits during the coronavirus pandemic. Rather than requiring hundreds of workers to be on-site to lay bricks, install windows and perform numerous other tasks to build the exterior, only a handful of safely distanced workers need to be there during installation.

“Contractors and developers want to keep as few people on the job site as possible, but they want the work to move quickly to meet the schedule,” he said. “Prefabrication allows that.”

Because materials for prefabricated buildings are ordered well in advance, Lewis said Clark Pacific has been able to avoid many of the recent supply chain delays that have plagued construction projects. For those projects, materials sometimes are ordered long after construction has started, putting the team at the mercy of supply chain fluctuations.

“In general, procurement is not as big a problem on our projects compared to a design-bid-build model where the owner bids out and the subcontractors have got to be on the job site in three to six months,” he said. “There's no way to get the materials they need in that short period of time. Whereas in our model, we're working one to two years before we're even on the job site, so we're able to order the materials a lot sooner and they will be available when we need them.”

Lewis, who is a licensed architect himself, said Clark Pacific is continually refining its façade products and adding new features to meet the needs of clients, whether they are building a college dorm or a high-visibility high-rise.

“We can help them achieve what they want out of their buildings, both in performance and aesthetics using a prefabrication strategy,” he said. “I love to be able to design and work on those types of buildings.”