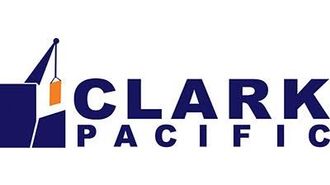 Building owners, especially owner-occupiers, are increasingly searching for a design and construction process that is more efficient, productive and cost-effective than traditional construction methods as outside factors like the skilled labor shortage, tight schedules and budget overruns are slowing down industry productivity.

Sacramento-based Clark Pacific looks at off-site construction as an approach that fulfills this need while remaining similar to other industry manufacturing processes.

Recent research shows among all stakeholders, the primary reasons for not using prefabricated or off-site construction are that the architect either did not design it into the project (46% of responders) or unfamiliarity with the process (34% of responders). Considering these numbers, a simple lack of understanding may be to blame.

Across the board, the main pushback on prefabricated and off-site construction is related to design.

Reality: Prefabricated systems do not require more decisions, simply that those decisions are made earlier in the process. A commitment to the design work needs to happen at an early stage so the manufacturing lines can be engineered and set up. Early engagement, whether during pre-design or schematic design, is critical to gain the cost benefits of prefabrication.

Myth: Prefabricated systems limit design and are one-dimensional, plain or cannot be aesthetically pleasing or customized to carry out the architect’s vision.

Another primary concern among construction teams remains the quality of build.

Myth: Buildings constructed with prefabricated systems are not created at the same level of quality as traditional buildings.

Reality: This concern shows a lack of education about the realities and benefits of prefabrication since one of the main benefits of off-site construction is the ability to produce higher-quality work under controlled conditions.

Another concern is the costs associated with prefabricated construction.

Myth: Because prefabricated systems require transporting components to the job site, using them is more expensive.

Reality: While there are transportation costs, prefabrication results in shortened construction time, predictable timelines, lower labor costs and more efficient job sites — all of which offset the cost of transportation and can significantly reduce costs over traditional construction methods.