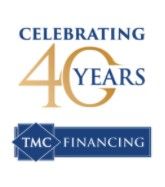 Why 2021 Was An ‘Amazing Year’ For Small-Business Borrowers

Most people were probably glad to put 2021 behind them. But there were some positive developments in the past year, including the fact that many small businesses were able to take advantage of low-interest loans through the Small Business Administration to not only keep their ventures afloat during the pandemic, but even expand operations or purchase buildings.

In the process, these growing businesses provided new jobs to American workers, said Kurt Chambliss, the executive vice president of sales for TMC Financing, who had a front-row view of this phenomenon.

“It was an amazing year,” said Chambliss, whose organization, known as a certified development company, was the top SBA 504 lender in the nation by dollar amount in fiscal 2021.

Based on the government’s formula of one job created for every $65K in SBA 504 funding, nearly 7,000 potential jobs were created just through TMC Financing’s efforts alone. Add to that the more than 200 other CDC firms in operation, and the economic impact is huge.

“Our mission in the SBA 504 world is job creation,” Chambliss said. “We feel that stabilizing a small business’s occupancy cost will directly lead to more job creation or retention. That means that a small business such as a restaurant is not going to shut down and is going to keep its doors open and people employed.”

Small businesses, whether looking for a lifeline or wanting to act on expansion plans, made good use of the SBA 504 program in 2021. In the category of businesses seeking second mortgages through the program, SBA loaned out $8.2B, which Chambliss said was a nearly 40% increase over 2020.

The relatively easy terms of SBA 504 were too good for many small businesses to ignore, particularly since the SBA eased its rules last year on refinancing 504 loans. This wave of borrowing also led to the SBA 504 program running out of money in September for the first time in its decades-long history. Funding was renewed in October at the start of the federal government’s fiscal year.

SBA 504 loans are popular because they allow borrowers to put down a minimum of 10% on a multimillion-dollar loan. A conventional lender such as a bank then puts up 50% and a CDC such as TMC Financing covers the remaining 40%.

Aside from a relatively low down payment, other advantages for borrowers are below-market fixed interest rates with no maximum loan amount and no additional collateral required.

“The ability to get 90% financing and a 25-year fixed rate at 3% led to a record year for the program in 2021,” Chambliss said. “A lot of businesses wanted access to capital and they had equity trapped in their buildings. SBA saw that lowering their interest rates would give them the ability to access some of that working capital for their business. We've been trying to get the word out about that.”

One company that took advantage of SBA 504 in 2021 was Sandhu Products, a California-based manufacturer of vitamins, dietary supplements and other nutraceuticals. Even in the midst of challenging supply chain disruptions, CEO Bob Sandhu said the company saw a “significant increase” in demand for its immunity-boosting supplements during the pandemic.

To keep up with demand, Sandhu Products worked with TMC Financing to fund a $15M project through SBA 504 that allowed it to purchase a building and make facility improvements.

“As a manufacturer, we needed to increase production output to meet projected demand,” Sandhu said. “This investment allows Sandhu Products to expand our overall production capacity in addition to providing employment opportunities to 30 to 40 people.”

Chambliss said he expects more small businesses will explore SBA 504 loans in 2022. He offered a warning, however: Although the 504 interest rate is unlikely to reach 5% in the near term as it did a few years ago, inflationary pressure will probably result in the current 25-year rate of 3.21% rising somewhat in the coming year.

“It's easier to get somebody approved when the rates are at 3% vs. 5.5%,” he said. “It’s very likely that inflation is going to lead to higher interest rates on these loans and that will make it harder for businesses to qualify. Now is the time to take advantage before the rates go up too much.”

This article was produced in collaboration between Studio B and TMC Financing. Bisnow news staff was not involved in the production of this content.

TMC Financing
TMC Financing is the No. 1 lender of SBA 504 commercial real estate loans nationwide. TMC Financing is a nonprofit Certified Development Company with a mission to promote economic development and job creation for small businesses in California, Nevada and Arizona. Since its founding in 1981, TMC has secured more than $10 billion in SBA 504 commercial real estate financing for 6,000 small businesses. As a result of the financing, these small businesses have created over 60,000 jobs.
Confirmed! You are subscribed to the Bisnow Los Angeles E-Newsletter.
Most Read Stories
More Top Stories
Bisnow LA Newsletter
Bisnow LA Newsletter